Baby blues! While Khloé Kardashian inched closer and closer to her due date, her youngest sister, Kylie Jenner, struggled with her new postpartum body on the Sunday, October 28, episode of Keeping Up With the Kardashians. 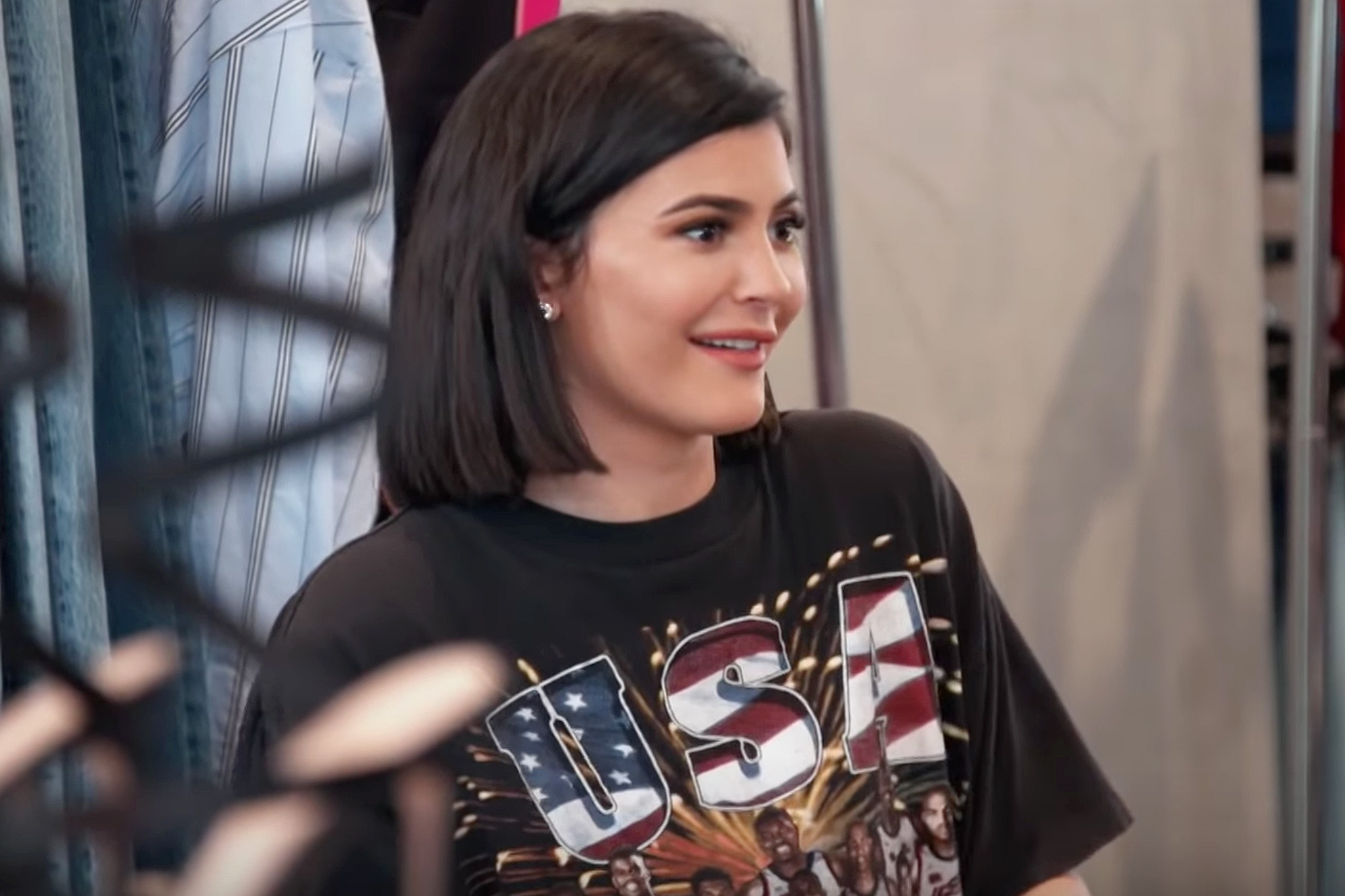 “My body’s not, you know, what it used to be,” the 21-year-old beauty mogul explained while baking with sister Kourtney Kardashian. Kylie explained in a testimonial shot, “It is a shock to the system to see your body, especially at such a young age, change so drastically, just not be the same size.”

Later, when all five Kardashian/Jenner sisters met up for a Calvin Klein photo shoot, Kylie revealed her new post-baby body while wearing a two-piece underwear set saying, “It’s, like, different.” She then referred to the fitting process for the session as “hard and discouraging.” Meanwhile, a very pregnant Khloé had her own set of struggles on the set of the photo shoot — she accidentally got a spot of urine on her underwear!

Back in Calabasas, Kylie teamed up with her staff to sort through her massive closet and throw away a significant number of clothing items. The new mom explained to sister Kim Kardashian, “We’re getting rid of everything. … Nothing in my closet fits me.” She then added, “I feel like my hips, they just spread.” Kim offered support for her youngest sister, suggesting shapewear as an alternative. Kim later added, “Honestly she looks so amazing. … She’ll figure out a way to start dressing herself.”

Kylie then opened up about her newfound confidence following the birth of her first child saying, “I’m not gonna let me feeling insecurity about my new body get in the way of how confident I really do feel. I feel way more powerful than I ever have and also I have a little girl looking up to me.”

The episode also followed Kim as she traveled to Washington D.C. to attend the March for Our Lives. A vocal advocate for gun control, Kim brought her daughter North and husband, Kanye West, along with her to support the demonstration against gun violence. Later, when Kim met with several youth organizers for March for Our Lives, she admitted she wasn’t fully educated on how voting works. With the midterm elections coming up on November 6, Kim candidly revealed, “I still don’t know s–t about voting. … When people say, ‘Get out and vote,’ what is there to vote on?” The student activists then explained how important the upcoming election was, especially for voting out candidates who support the NRA.

Meanwhile, Khloé made her way back to Cleveland as her due date rapidly approached. Prior to her learning of beau Tristan Thompson‘s April 2018 cheating scandal, Khloé was joined by Scott Disick as the duo recorded a podcast to pass the time before the birth of her child, True. While in Cleveland, Scott managed to majorly diss the city saying it “looks like a bomb hit this place and they forgot to clean up.” Ouch. Based on promotional footage for next week’s episode, it appears that we may finally be getting a peek into the fallout over Tristan’s infidelity. A brief shot of Kim receiving the news and saying, “She’s literally gonna go into labor for this,” was especially titillating.

Keeping Up With the Kardashians airs on E! Sundays at 9 p.m. ET.