Are these the most lavish loos EVER?

Are these the most lavish loos EVER? Interior designers show off their VERY elaborate downstairs toilets – including one inspired by the royal wedding

When doing up a property, the downstairs toilet is often neglected.

But now, a new project has seen interior designers showing off their lavish lavatories – illustrating just what you can do with the smallest room in the house.

As part of The Lavatory Project, eight designers were asked to transform a downstairs toilet space, using the brief Design by You.

The elaborate designs are now on display at Grand Designs Live, which is taking place at London’s ExCeL. 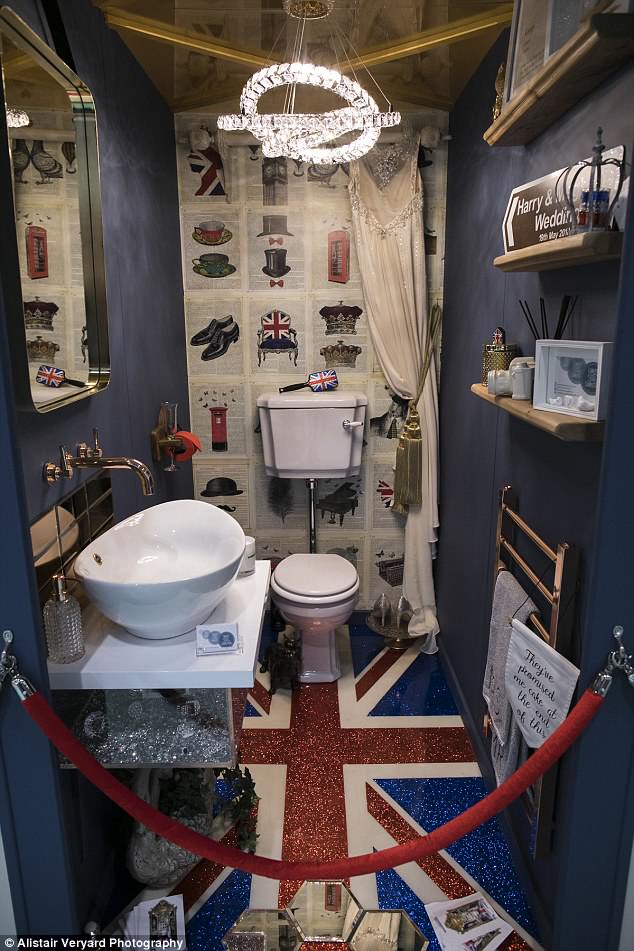 Interior designers have shown off their lavish downstairs toilet designs, including this one inspired by the royal wedding designed by Helen Crouch, from Concept & Completion 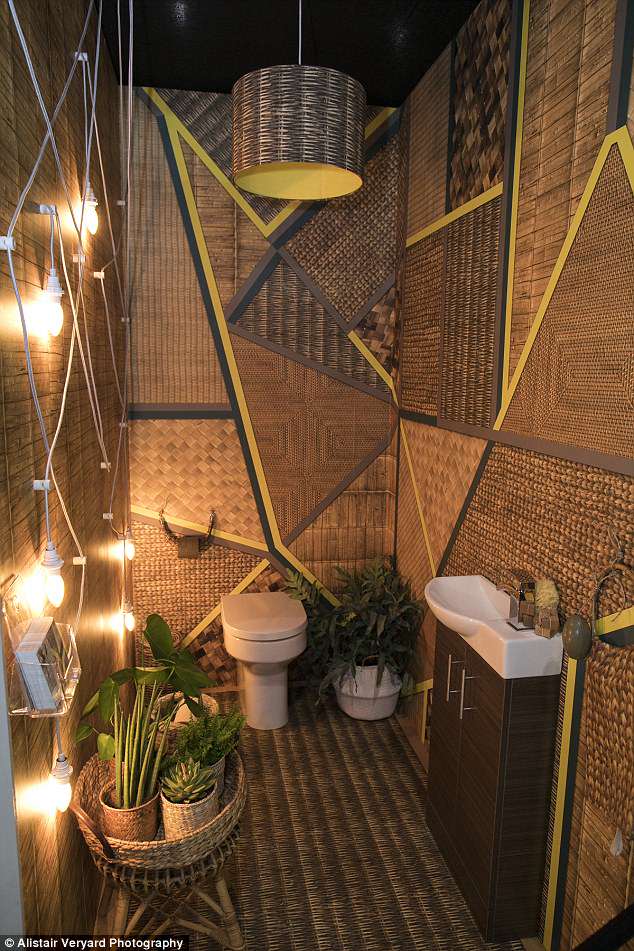 Another downstairs toilet design, created by Sharon Jane from Sharon Jane Designs, uses woven textures and an array of plants to bring the outdoors inside

The designs include one inspired by Prince Harry and Meghan’s wedding, featuring a glittery Union Jack floor and British-themed wallpaper.

Another seeks to bring the outdoors inside, featuring a woven floor and wallpaper, along with an array of plants.

The overall winner of the project was Lisa Roberts, from The Open Plan, with her striking monochrome-themed lavatory. This bold monochrome design by Lisa Roberts, from The Open Plan, was chosen as the overall winner. The on-trend lavatory features clashing prints, as well as other striking accessories 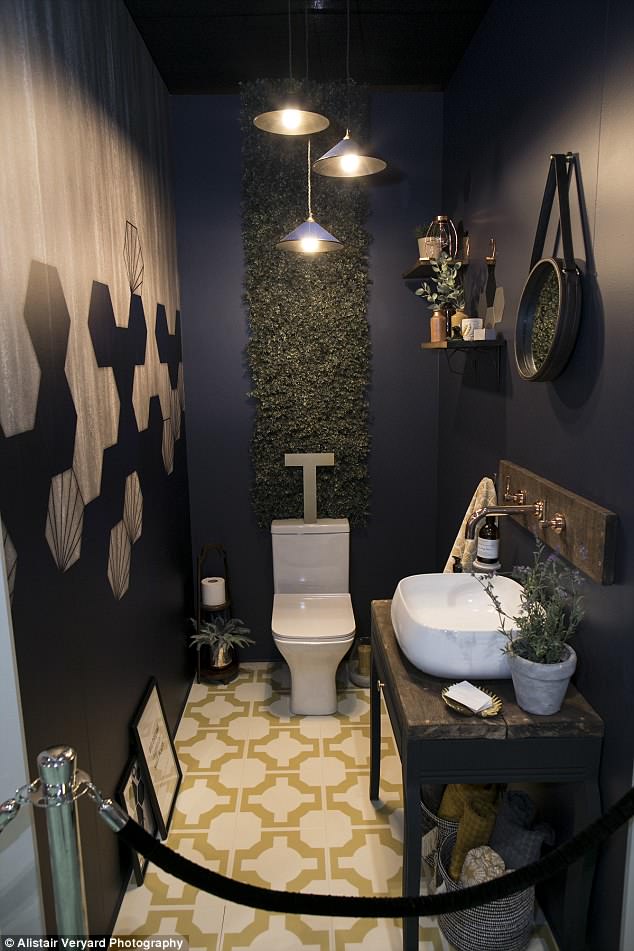 This deep blue and mustard themed bathroom was created by Samantha Theakstone, from Samantha Jane Décor, and uses a blend of contrasting materials and textures Meanwhile, this toilet design by Trish Coggans, from Outshine Interiors, is inspired by Hollywood glamour, using metallic accents and a mixture of different textures

‘We chose this design as we feel it will really appeal to our readers, it’s very on-trend with the black and white palette.

‘[T]he use of mirrors to bounce light and the stripes make the room appear much larger than it is!’

Grand Designs Live runs at London’s ExCeL until May 13. 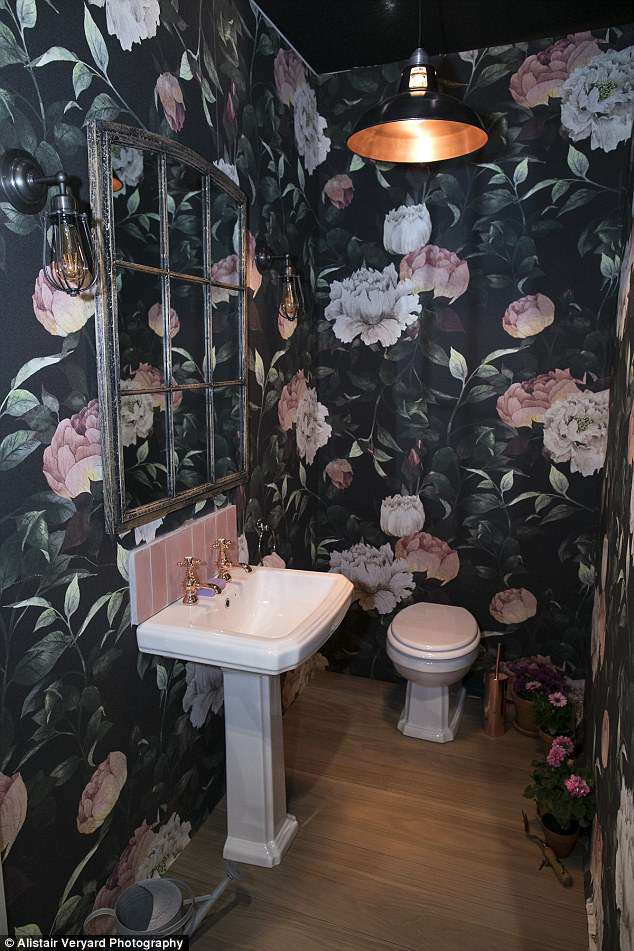 One of the designs, created by Joanna Beavan from AUBE Interiors, featured a horticultural theme – with an oversized floral motif on the wallpaper This Scandinavian-inspired design by Maria Gratsova, from Bright Designs, again makes use of clashing patterns, along with a warm colour scheme 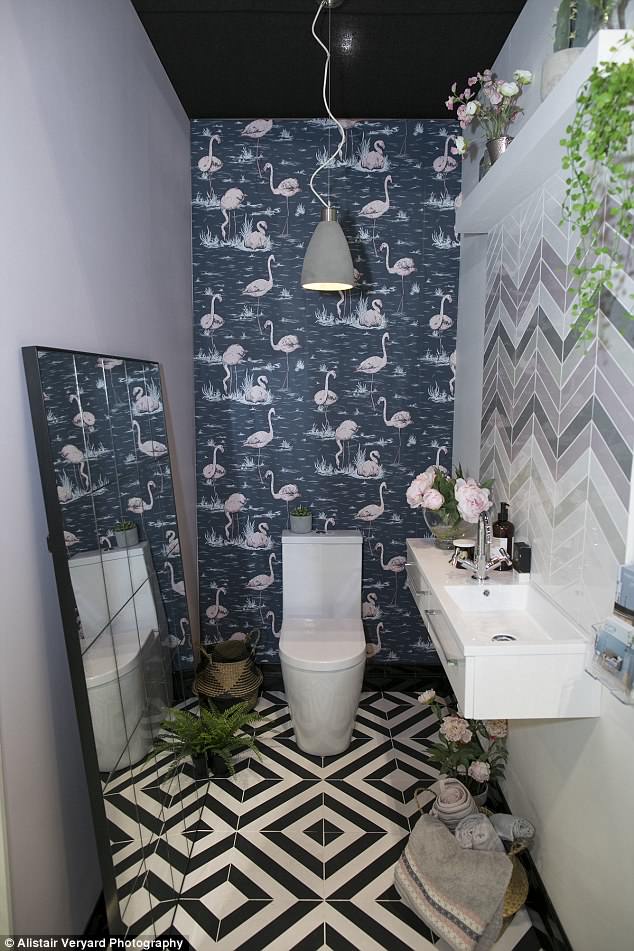 Meanwhile, this feminine design by Lyndsey Burrow, from Grace & Grey Interiors, features a striking flamingo wallpaper and other pastel accents