Lily, 32, and Sebastian Stan re-enacted the nuptials of Pamela and Tommy on a Mexican beach, as they kissed passionately and splashed around in the ocean while filming a Hulu biopic about the famous couple. 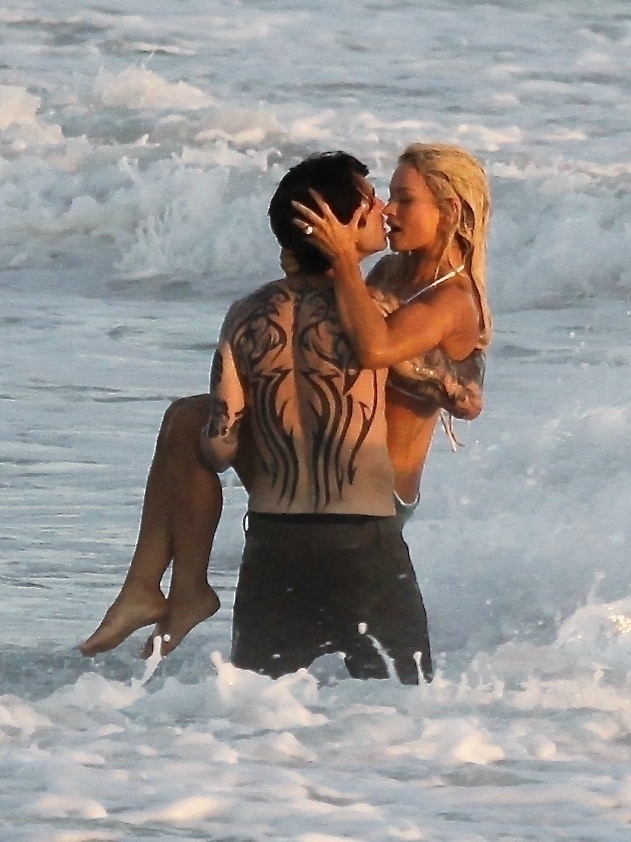 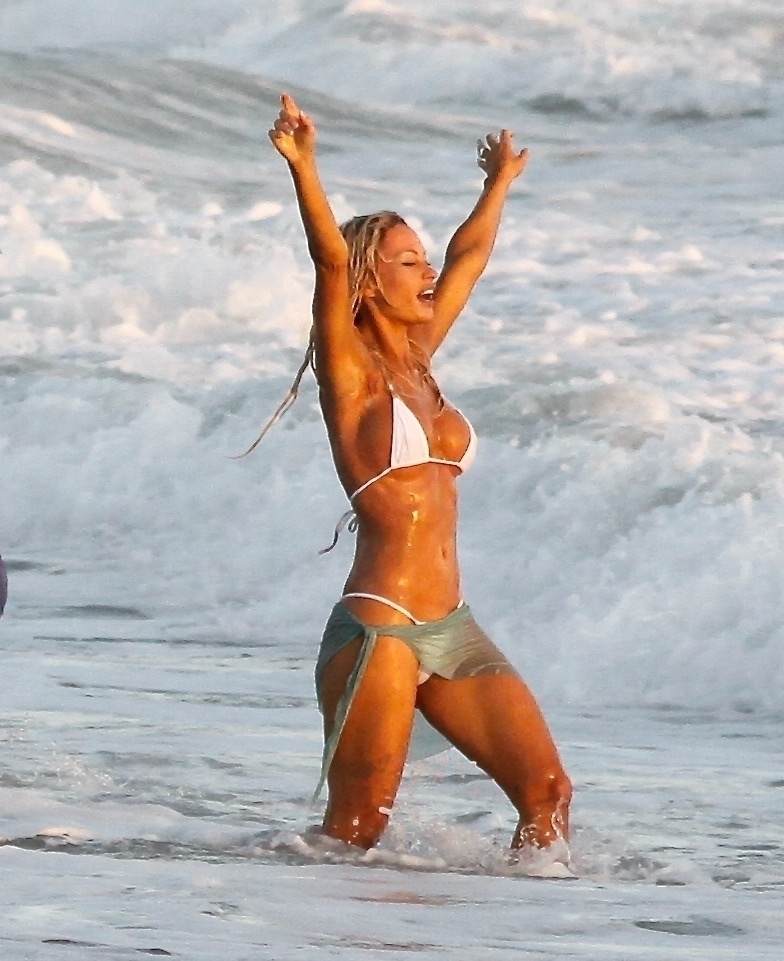 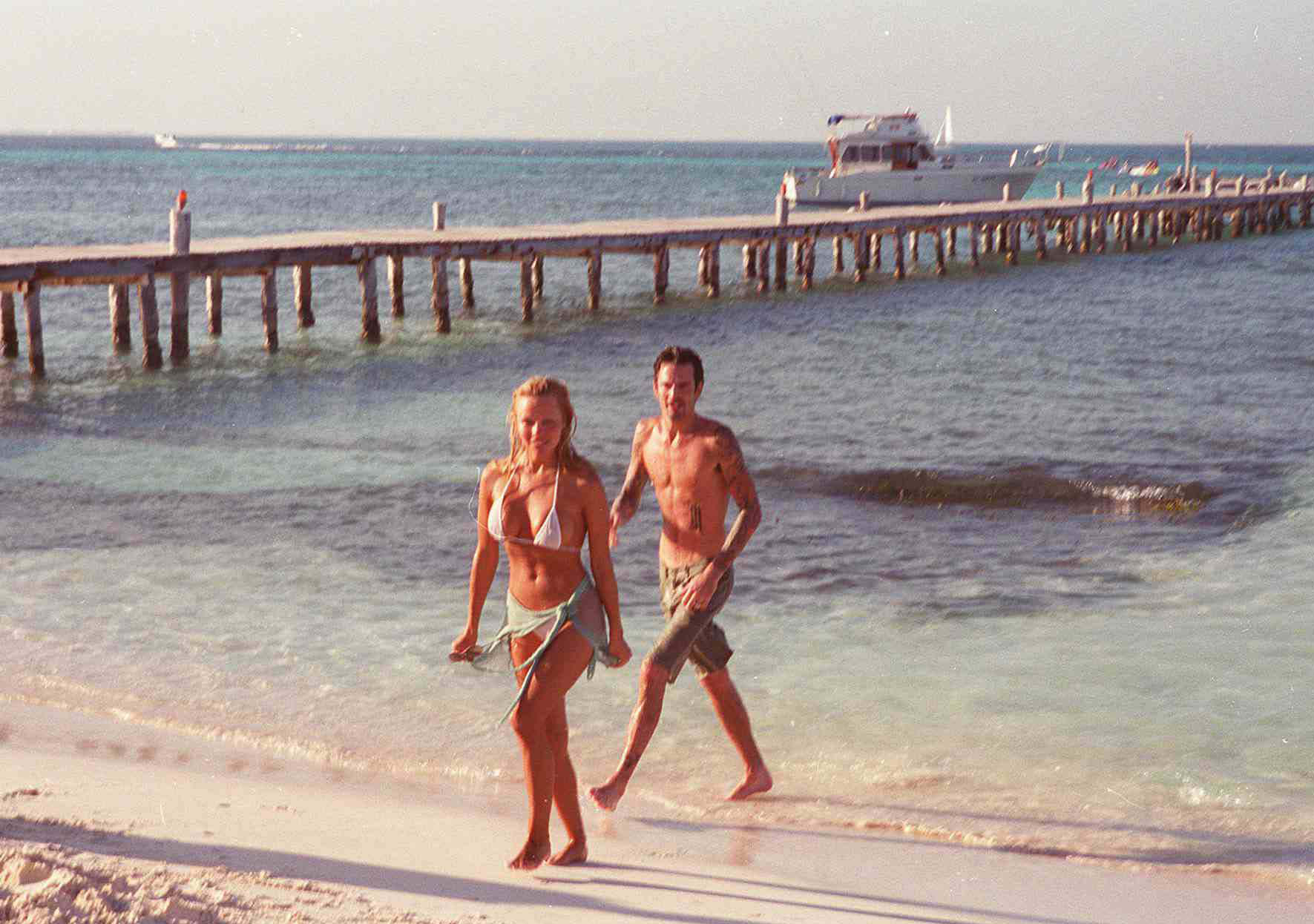 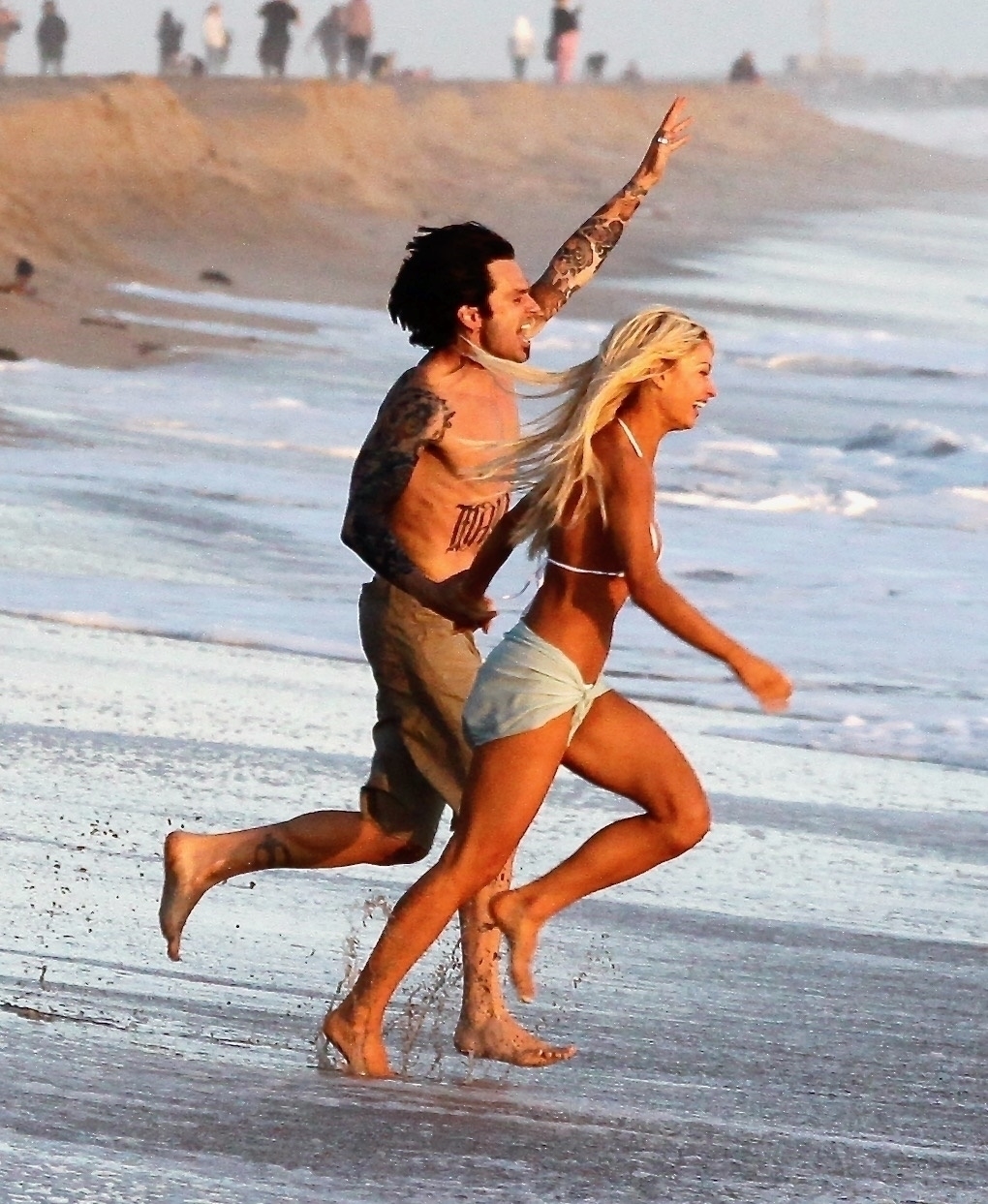 The actress donned a tiny white string bikini to play the Baywatch icon for the drama series, Pam and Tommy.

Lily appears to be wearing prosthetics to mimic Pam's busty appearance after two reported breast implant surgeries in the nineties, which upped her cup size to a 34D and on to a 34DD respectively.

The brunette beauty, 32, was a dead ringer for Pammy as she sported a healthy tan and a bright blonde wig to emulate the blonde bombshell's signature look during filming.

Lily James previously gushed that she loved playing a sex symbol as a pal of the actress shared that she was having a blast wearing a fake DD bust.

But the biopic has attracted controversy as The Sun exclusively revealed Pamela herself has slammed it as a "cheap knockoff," a "God awful" series, and vowed to never watch it. 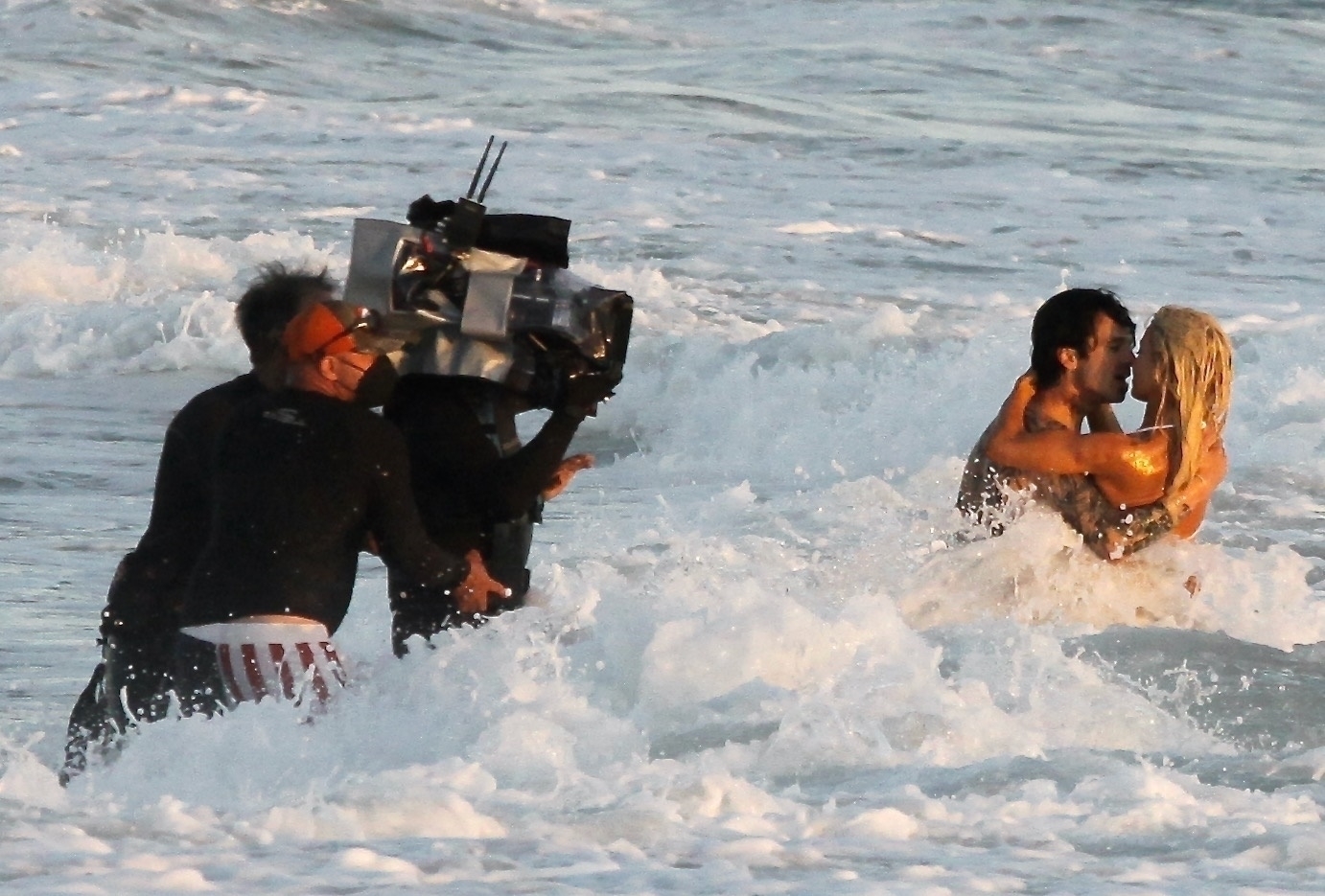 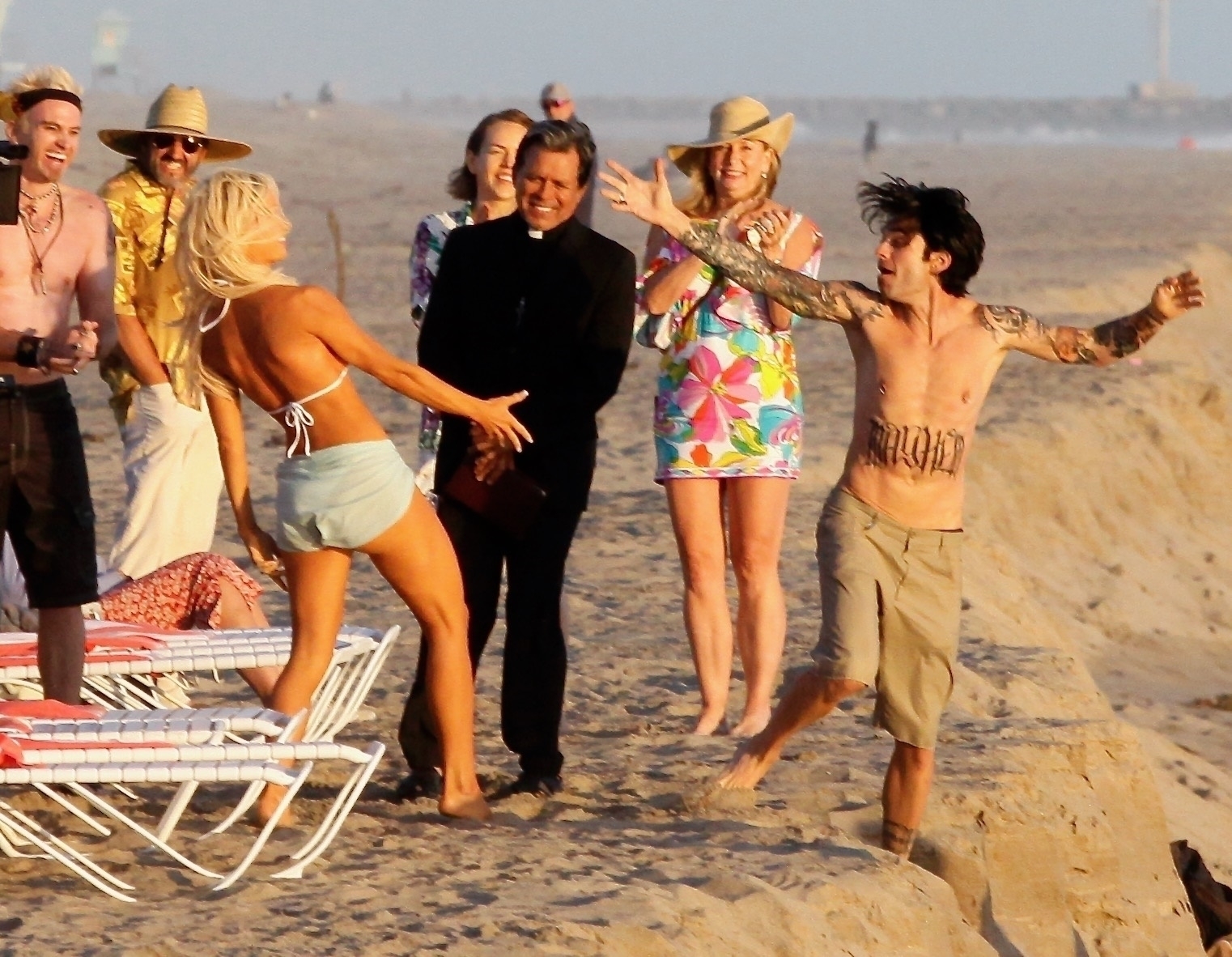 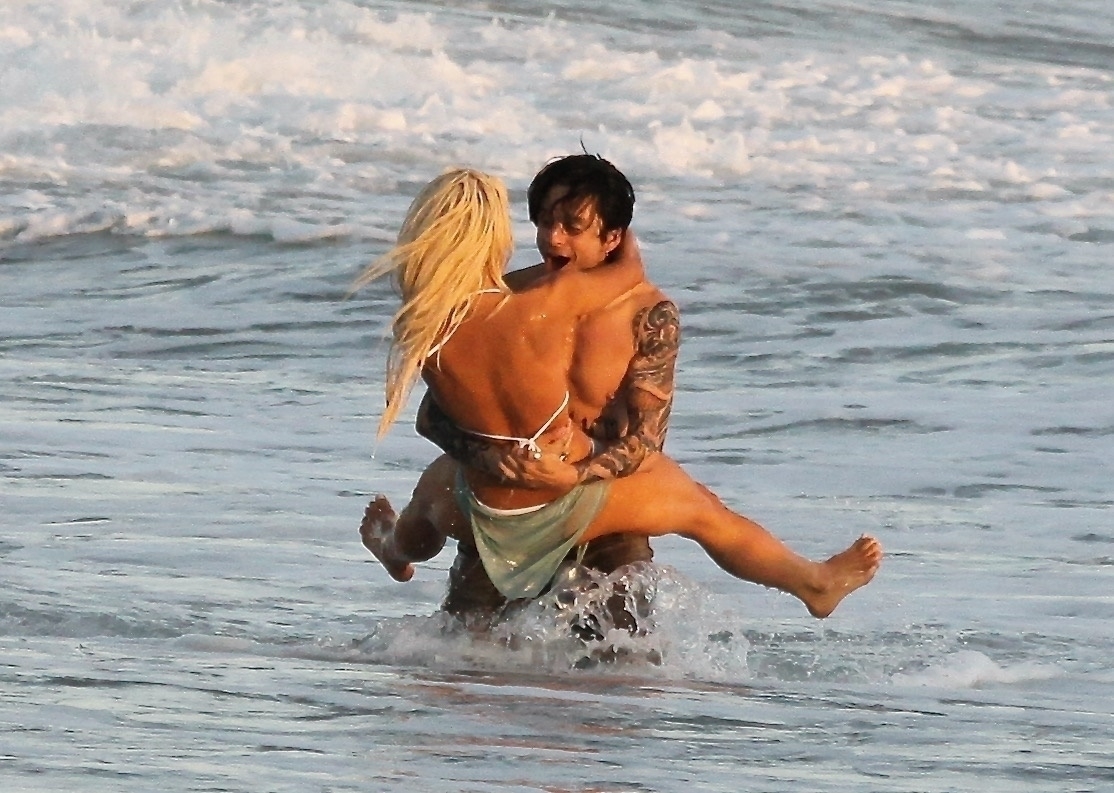 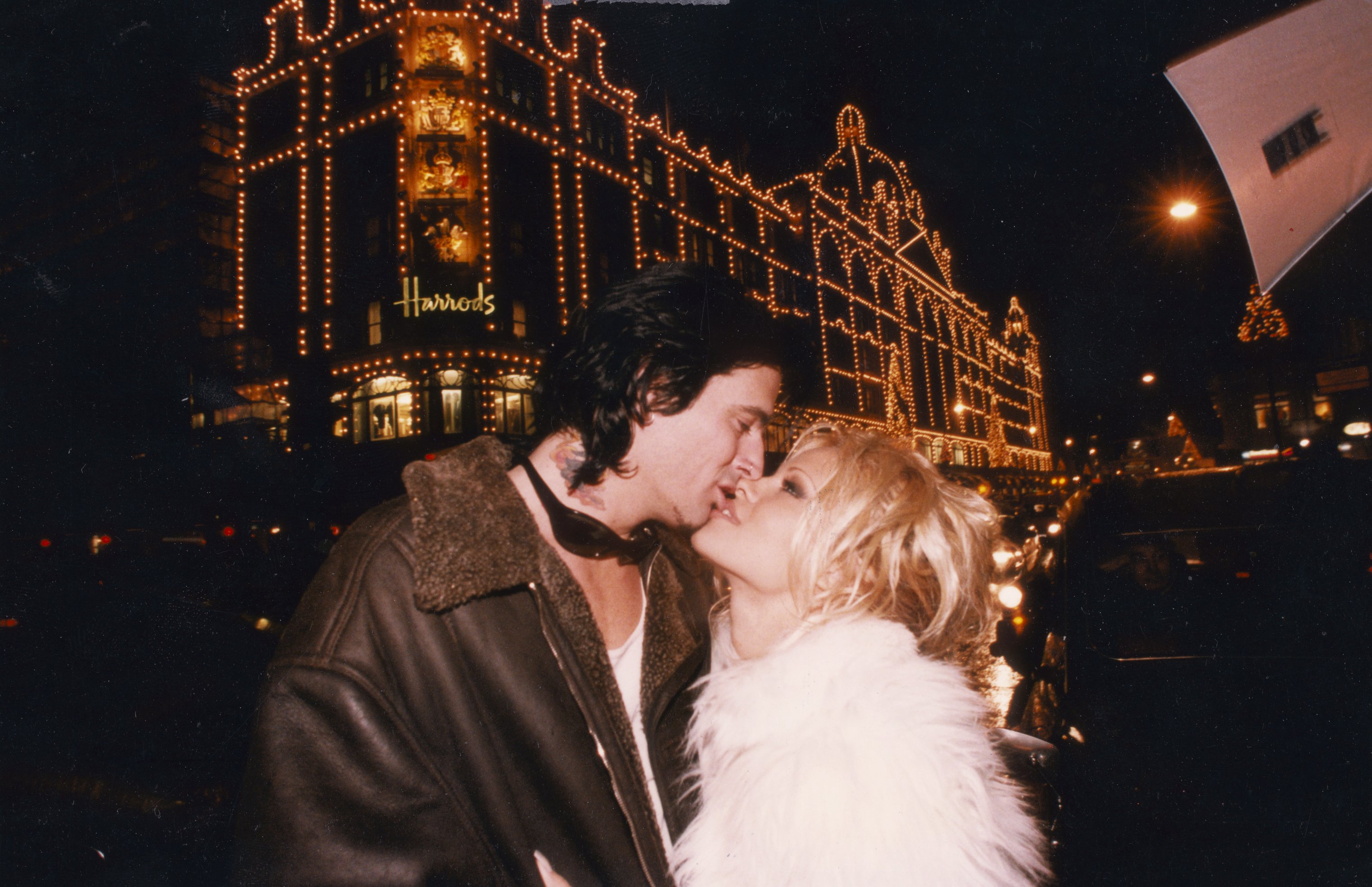 A friend of the star said that one thing Pam really isn't happy about is how the show will relive the moment her and Tommy’s sex tape was stolen and leaked to the public.

The friend added: “Pamela finds it amusing that this girl is getting so much attention for playing her."

Courtney Love also addressed the series, writing on Facebook: "I find this so f***ing outrageous."

She talked about the sex tape leak, saying: "It was disgusting. I banned anyone [from] discussing it. It destroyed my friend Pamela’s life. Utterly." 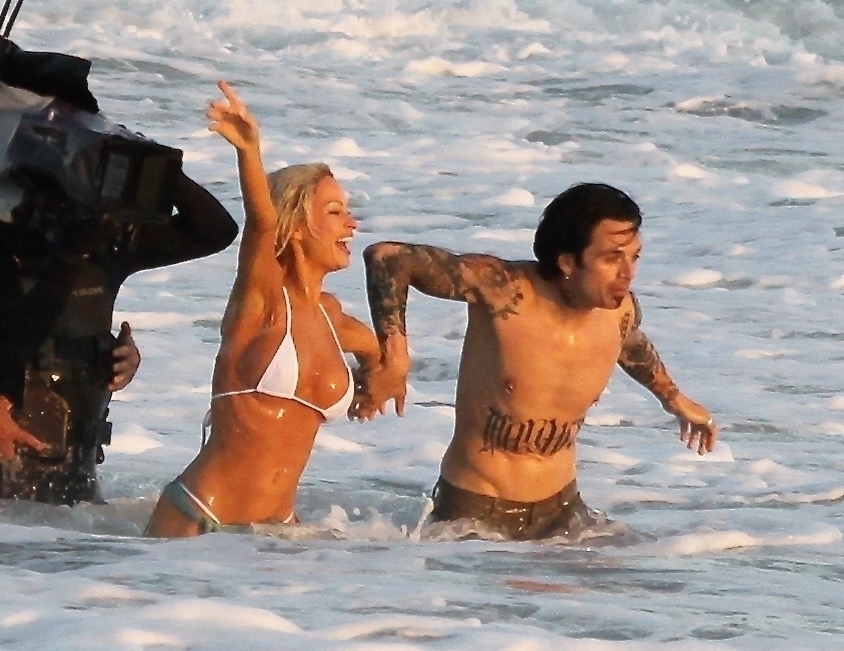 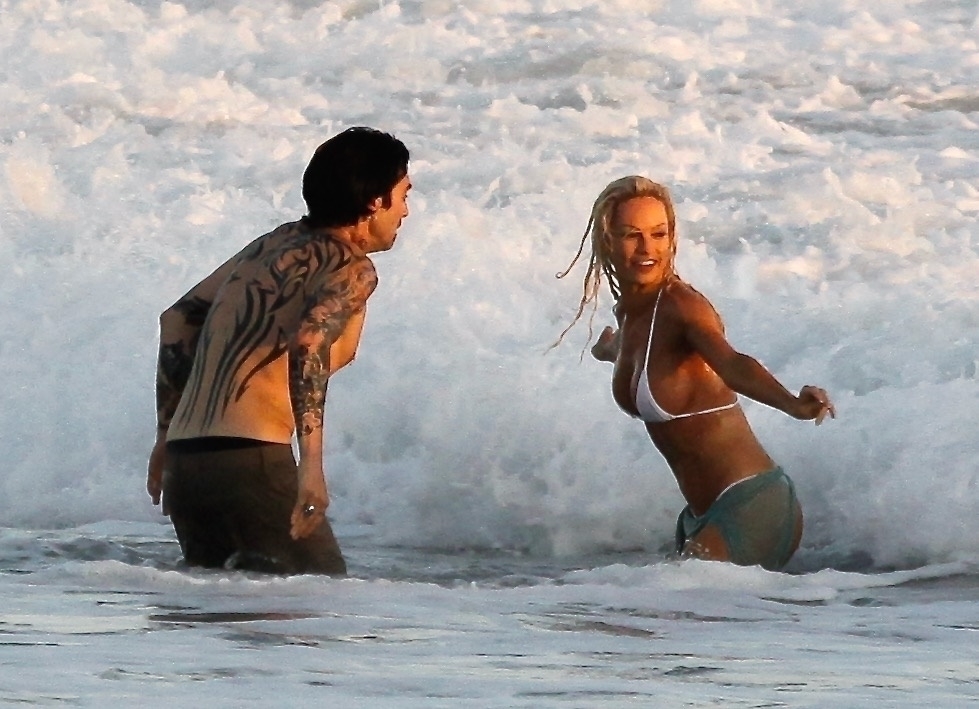 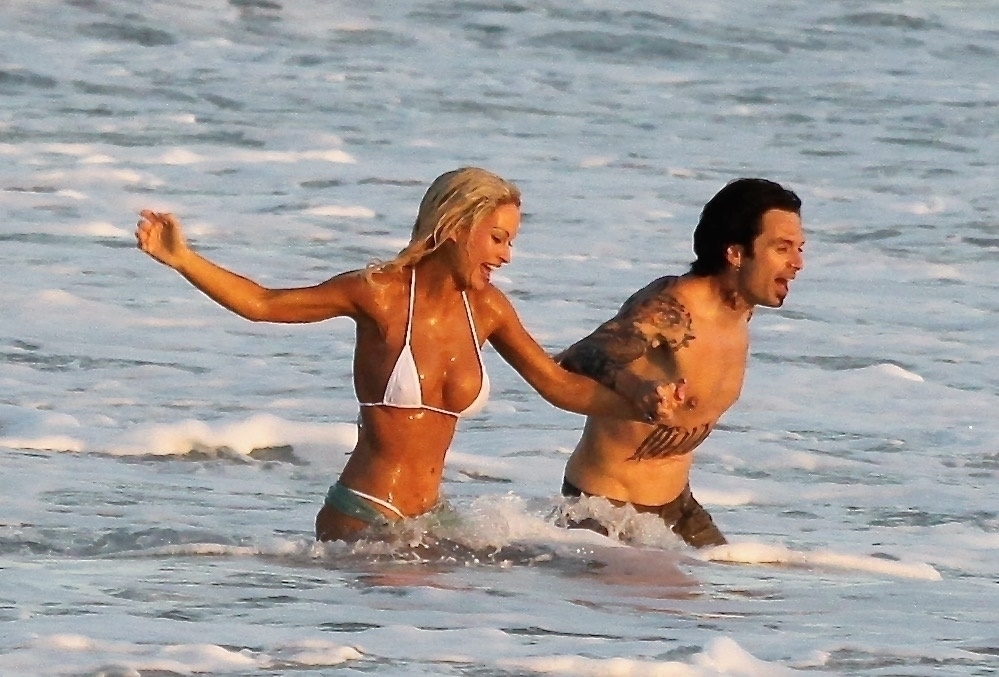 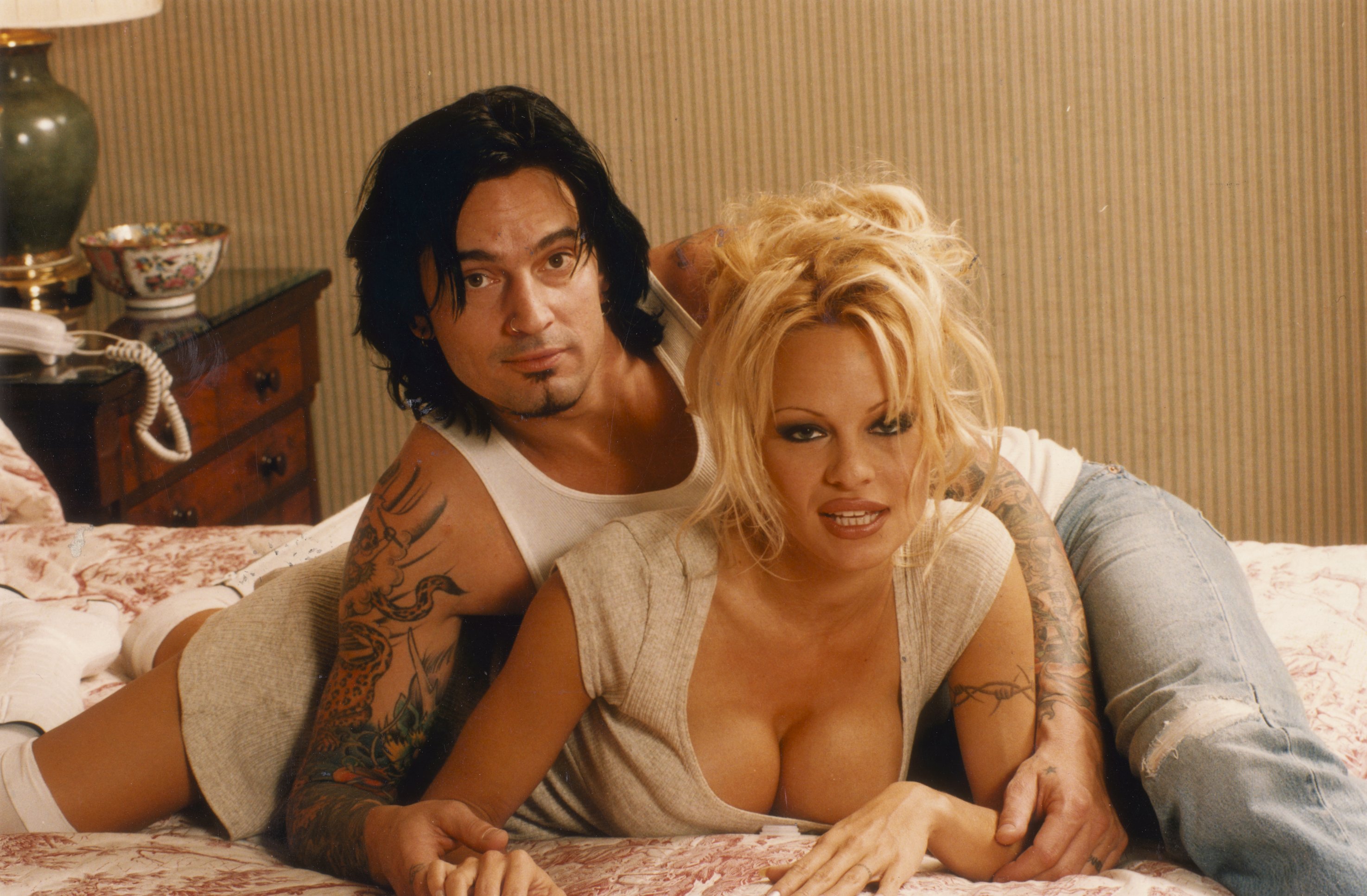 Love also took a swipe at Lily James directly as she wrote: "And shame on Lily James whoever the f*** she is."

Fitness model Marissa Hoffman, 26, will be standing in for Lily James’s sex scenes as Pammy on the LA set of raunchy Hulu show Pam and Tommy.

Despite the criticism, English rose Lily, 32, who found fame on period drama Downton Abbey, has told pals she’s been enjoying getting into character “on and offset” in LA with the costume breasts.

A pal of the actress, who boasts a natural B size cup, told the Sun on Sunday: “Lily’s having a blast getting into character and playing dress up with the fake chest piece.

"The boobs really help her get into character and she loves walking around in them, especially as naturally she has a more modest bust.”

Lily has revealed that her breast size fluctuates depending on her exercise regime.

Speaking in 2016 she told fashion mag Vogue: “I go through phases of exercise, and I do begin to feel bad if I’m not moving my body and stretching. My boobs get really big when I don’t exercise.” 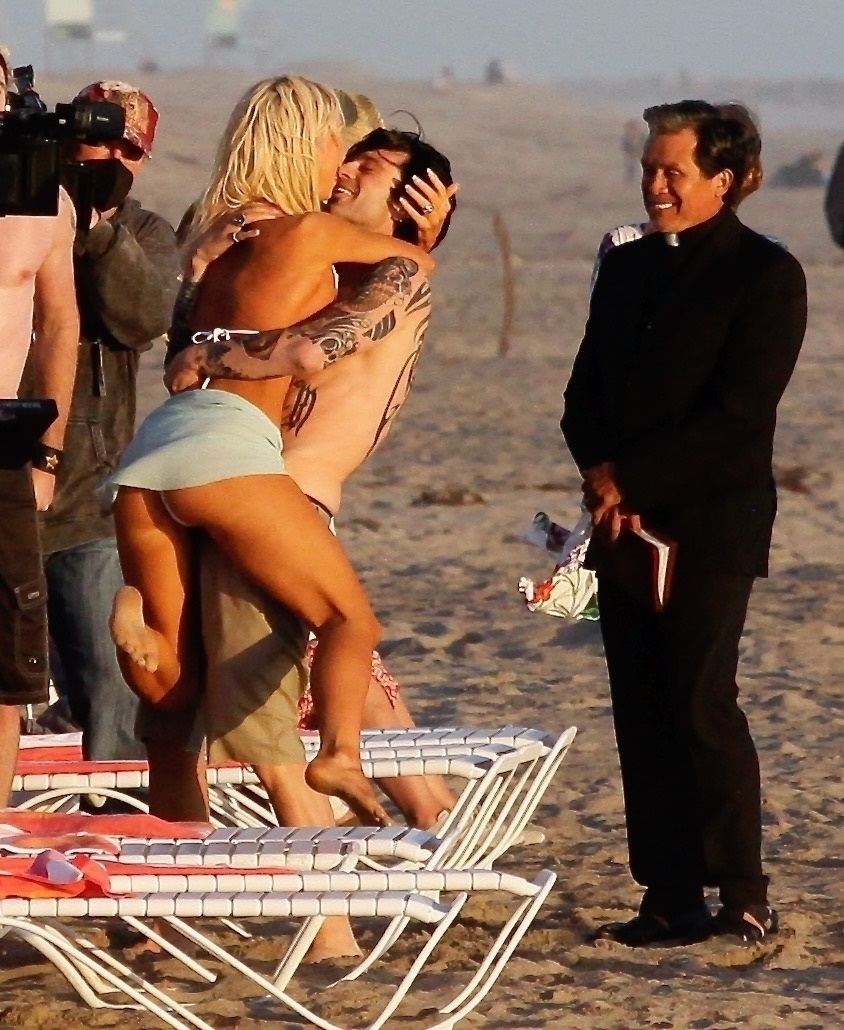 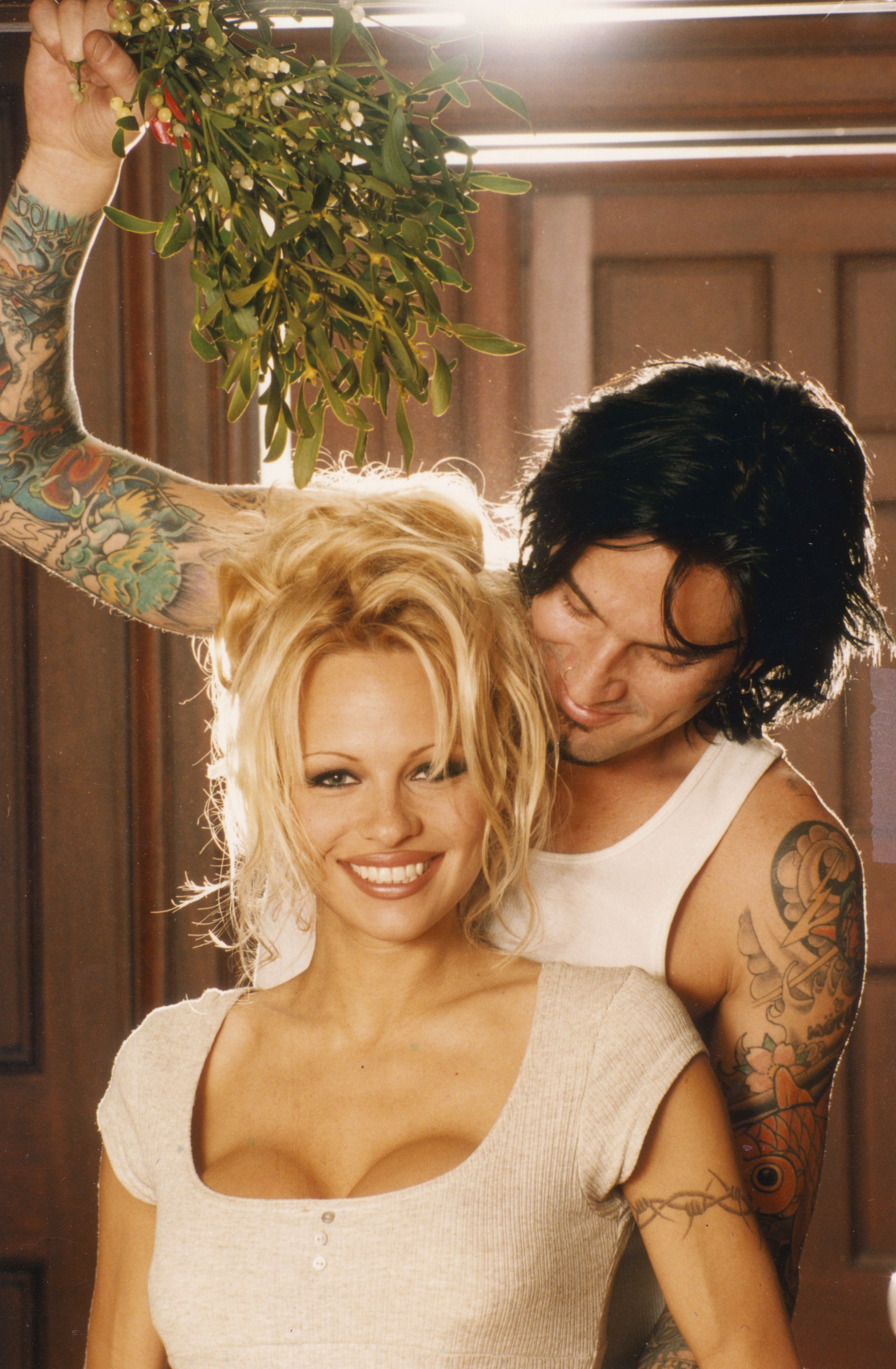 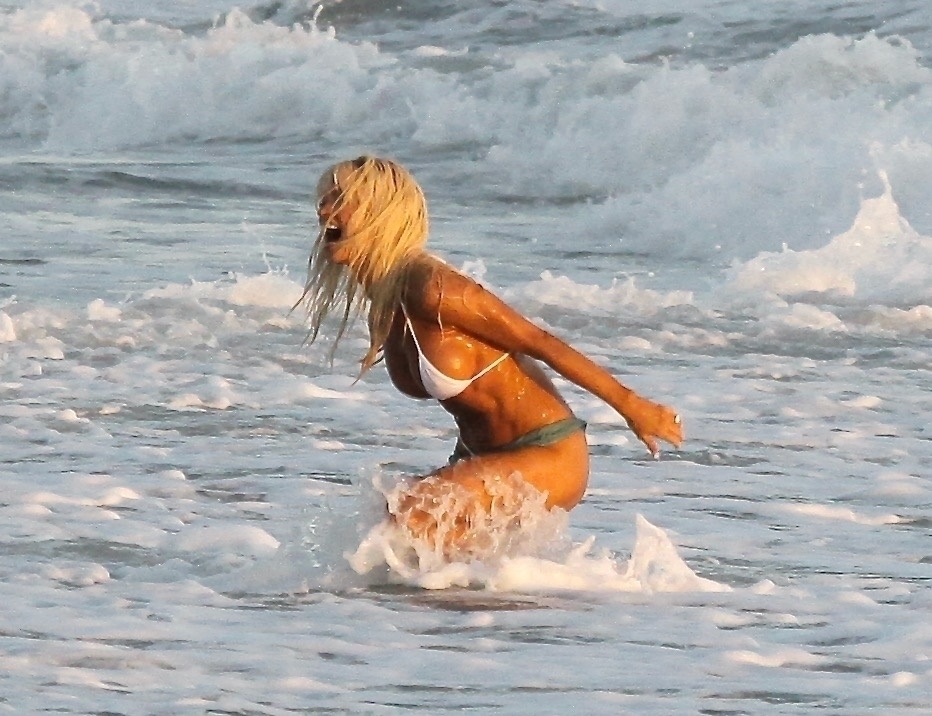 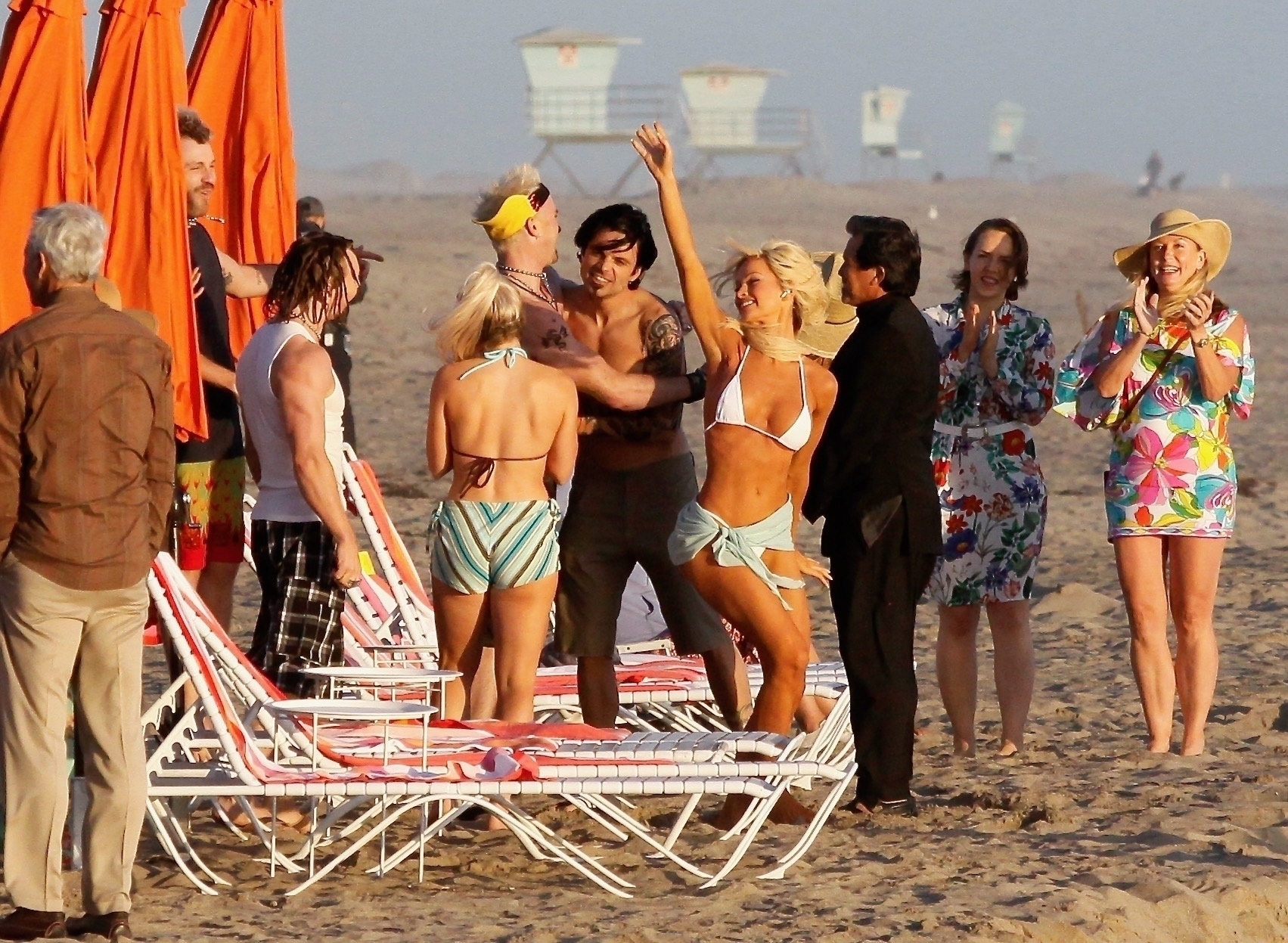