Former FCC Chairman Ajit Pai discusses the relevance of the communications sector in military operations on ‘The Claman Countdown.’

Tesla and Space X founder Elon Musk said in a recent interview that he doesn’t believe humans should live longer because their old ideas would create "asphyxiation of society," preventing advancement.

While the tech billionaire categorized declining birthrate as the "single biggest threat to the future of human civilization," Musk told Mathias Döpfner, the CEO of Business Insider's parent company, Axel Springer, in an interview at the Tesla Factory in Freemont, California, that longevity was less of a concern to him.

"I don't think we should try to have people live for a really long time. That it would cause asphyxiation of society because the truth is, most people don't change their mind," Musk said. "They just die. So, if they don't die, we will be stuck with old ideas and society wouldn't advance."

For democracy to function properly, Musk argued that political leadership should ideally be within 10 to 20 years of the average age of the population they govern. On the issue of his own humanity, Musk said that while maintaining his health is important, he is not afraid of dying as it would "come as a relief."

"I think we already have quite a serious issue with gerontocracy, where the leaders of so many countries are extremely old," Musk told Döpfner. "In the U.S., it's a very, very ancient leadership. And it is just impossible to stay in touch with the people if you are many generations older than them." 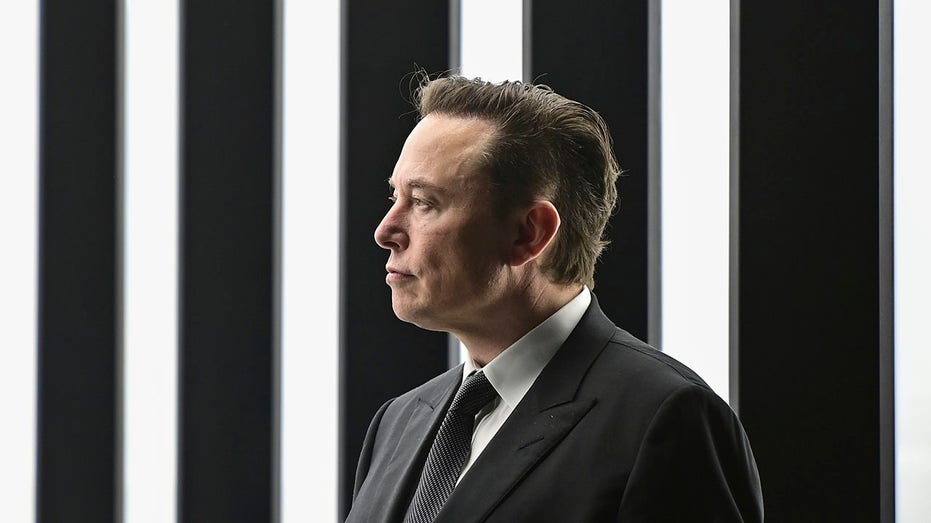 "The founders of the USA put minimum ages for a local office. But they did not put maximum ages because they did not expect that people will be living so long. They should have," he continued. "Because for a democracy to function, the leaders must be reasonably in touch with the bulk of the population. And if you're too young or too old, you can't say that you will be attached."

Answering a plea on Twitter from Ukraine’s digital minister within 48 hours, Musk first began sending Starlink terminals to Ukraine last month after Russian cyber-attacks and shelling disseminated internet connectivity within the first days of the invasion. Despite Russia’s anti-satellite missile demonstration months ago, Musk said he did not believe Russians could take out Starlink’s some 2,000 satellites fast enough. While SpaceX designs and manufactures its own rocket engines, Russia's move to stop sending rocket engines to U.S. companies in response to sanctions over the war in Ukraine could impact Boeing and Lockheed in the short term until they move toward Blue Origin engines, Musk said.

"I think I can be helpful in conflicts," Musk said of his role in keeping Ukrainians online during the war so far. "I try to take a set of actions that are most likely to improve the probability that the future will be good. And obviously sometimes I make mistakes in this regard. I do whatever I think is most likely to ensure that the future is good for humanity. Those are the actions that I will take." 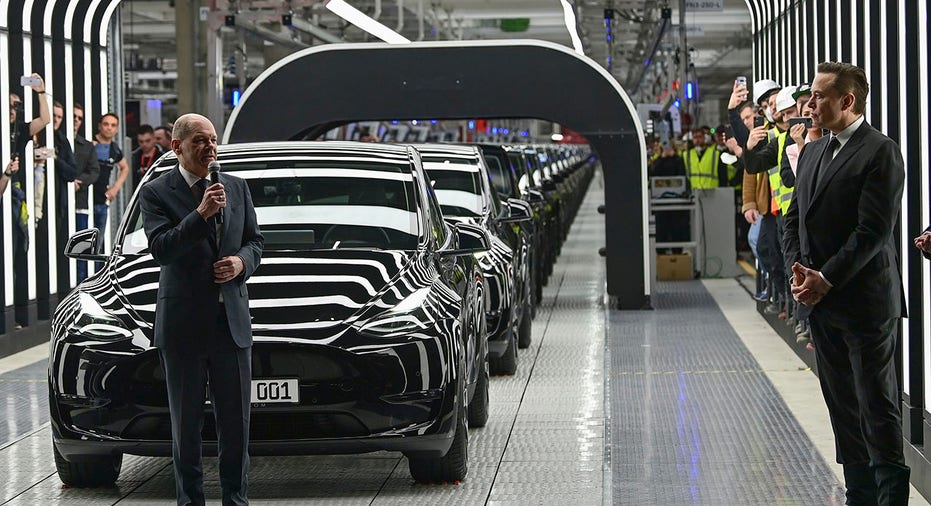 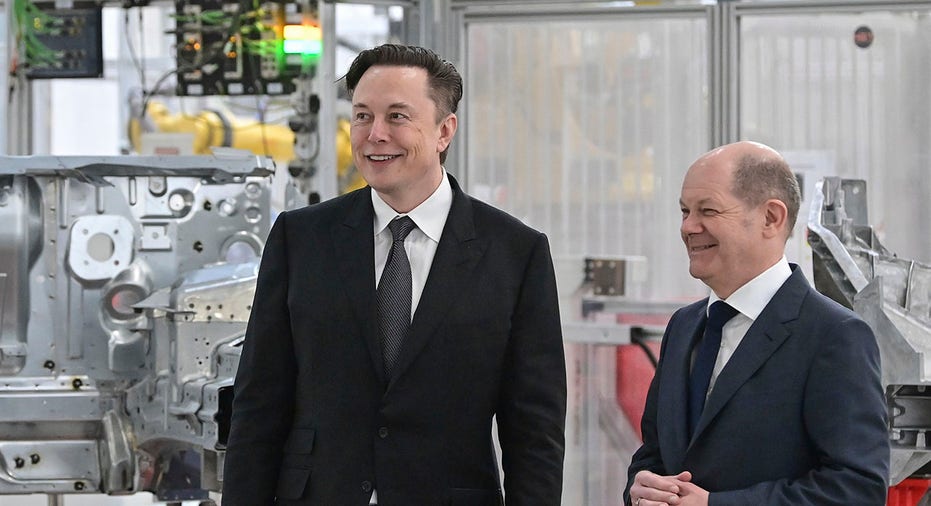 German Chancellor Olaf Scholz talks to Elon Musk at the opening of the Tesla factory Berlin Brandenburg, which is designed for 500,000 vehicles per year, in Gruenheide, Germany. | AP Newsroom

Despite his estimated net worth of $260 billion and nearly 80 million followers on Twitter, Musk said he considers himself a lonely person and would describe himself as being "medium happy."

Musk and Canadian musician Grimes recently have broken up again, though the pair welcomed their second child, a daughter, months ago via surrogate.

On matters of climate and sustainability, Musk argued that it was "total madness" for Germany to be shutting down its remaining nuclear power stations this year, saying doing so amid Russia’s invasion of Ukraine posed a "national security risk."

Earlier this month, Germany’s Economy Minister Robert Habeck said the country needs to build up alternative energy sources at "Tesla space" to cut reliance on Russian gas, according to Reuters.

But Musk told Döpfner that while he sees solar energy being the main way civilization is powered in the future, between now and then it’s imperative to maintain nuclear energy, especially in Germany and other countries where there’s no massive natural disaster risk.