Lord Peter Carrington was a giant in comparison to today’s pygmies, says PETER OBORNE as he remembers the legacy left behind by the former foreign secretary

Peter Carrington was not just a great politician. He was a great man, one of the last surviving members of the greatest ever generation of Britons – those who risked everything fighting against the horror of Nazi Germany in the Second World War.

He was motivated by service to his country and by duty to his fellow man. He had a sense of integrity that has all but disappeared among the political class today.

We are diminished as a nation by his death yesterday at 99. For not only does it rob us of one of the most impressive statesmen of post-war politics – he was the longest serving member of the House of Lords and a man who held office in the governments of six successive Conservative prime ministers.

It also reminds us of how things have changed – how we now live in an age where politicians are by and large shallow and self-serving. It is no exaggeration to say they are pygmies in comparison to Peter Carington. 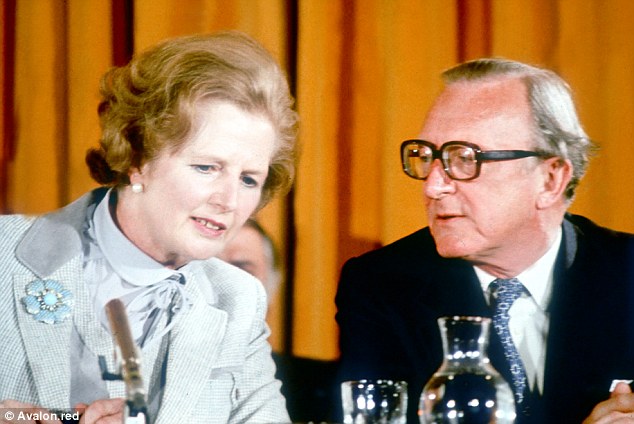 Allies: Thatcher and Lord Carrington. The prime minister admired his wit as well as his ‘touch of class’

Consider his resignation as foreign secretary under Margaret Thatcher just three days after Argentina invaded the Falklands in 1982. It stands as a beacon of honourable behaviour among politicians.

To this day no one has uncovered an iota of evidence that he bore any responsibility for the failure of our defences on the island.

Yet, he made no attempt to blame his officials, as so many modern-day politicians might have done. He didn’t complain about British intelligence, nor failures in diplomacy – he accepted that as the man in charge, he was responsible.

Mrs Thatcher did not want to accept his resignation but Carington insisted. He was determined that the fight to reclaim the islands should not be weakened by recriminations over who was to blame.

How many modern politicians would have behaved in that way? I can’t think of one, though I’d love to think I was wrong. Not long before he died, I interviewed Carington at his manor house in Buckinghamshire. Born to a grand family, he inherited the title of the sixth baron Carrington on his father’s death and his forbears were steeped in Whig and Liberal politics.

Curiously, in the late 19th century, the second baron changed the family name from Carrington to Carington – which explains why the title still has two Rs.

I asked how exactly he had won his Military Cross during an incident when crossing the Rhine but he refused to tell me.

‘Good heavens no,’ he replied. ‘It was all such a rough raffle. Pot luck – nothing to do with me.’ He didn’t even mention the decoration in his autobiography. How many of our present-day generation of preening politicians would have been so reticent about a comparable act of heroism?

His modesty was also accompanied by extraordinary charm – he was nothing if not a diplomat – and a crinkle-eyed sense of the absurd.

He named his dogs after prime ministers. A wire-haired dachshund that started barking at me when I visited was called Sir Edward Heath. ‘Don’t mind him,’ he told me. ‘He has some of the qualities of his namesake.’ Later on I encountered another dog, a bitch he had called Dame Norma Minor, after John Major’s wife. 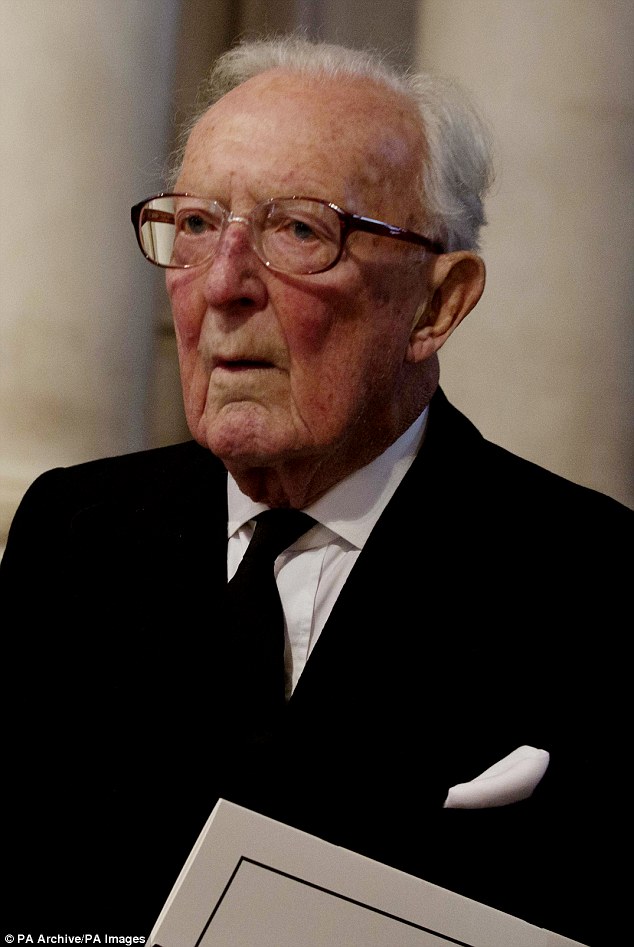 He made regular jokes during his political life too. He once passed Margaret Thatcher a note about a foreign dignitary as she was giving him a piece of her mind at some length.

Educated at Eton and Sandhurst he decided to go into politics before the end of the war and was naturally suited to the Lords where he became an opposition whip during the post-war Labour government.

On the Saturday after the Conservative victory in the 1951 general election, he was out shooting with farmers when, half way through the day, a message came through that Downing Street had called, and could he phone back after the shoot was over? So he finished his shoot, rang No 10, and was put through to Winston Churchill, who asked: ‘You’ve been shooting partridges – would you like to join my shoot?’ So it was that he became one of the youngest members of government as agriculture minister and lived to become the last survivor of Churchill’s final administration.

He rose fast and within eight years was First Lord of the Admiralty, a big job when Britain still had a significant Navy. In 1963 he became leader of the Lords, and in 1970 defence secretary. It was a measure of his formidable reputation that Lady Thatcher chose him to join her shadow cabinet when she was selected as Tory leader in succession to Heath.

Thatcher and he were very different people. He admitted he was ‘outspokenly cool on ideology’, while she later wrote that ‘he was not of my thinking’. Yet she liked his experience – as well as his wit and, as she put it, ‘touch of class’.

Following his resignation over the Falklands, he became secretary general of Nato during the last days of the Cold War. The Franks Report, conducted to examine the causes of the Falklands War, exonerated him completely.

His own view of events came in his autobiography, Reflect on Things Past, which was written once he had retired.

‘The nation feels there has been a disgrace,’ he wrote.

‘Someone must have been to blame. The disgrace must be purged. The person to purge it should be the minister in charge. That was me.’

Having witnessed the horror of the war as well as decades of the politics of the bear pit that he abhorred – he was the last minister to have served under King George VI – Carington knew deep down what really mattered in life.

Doing the right thing. Honour. Decency. Public service. Charity, all the better when it was unsung.

Today’s era of celebrity politicians, with their treachery, back-stabbing and venal ambition could do worse than to look back at his career and learn from his shining example of how to behave in public life.