‘I just assumed I would be naked’: Lucian Freud’s daughter reveals she did not want to look ‘obedient’ when she sat nude for one of her legendary father’s paintings at the age of 18

The daughter of controversial British painter Lucian Freud has revealed what it was like to sit naked for him as a teenager.

Freud, who died in 2011, is regarded as one of Britain’s greatest artists of the 20th century. His 1995 work – Benefits Supervisor Sleeping – sold for £44million at an auction in New York three years ago.

Now his daughter Rose Boyt, one of his 14 acknowledged children, has revealed the trials and tribulations she faced posing for her father at his London studio three or four times a week between 1977 and 1978, when she was 18. 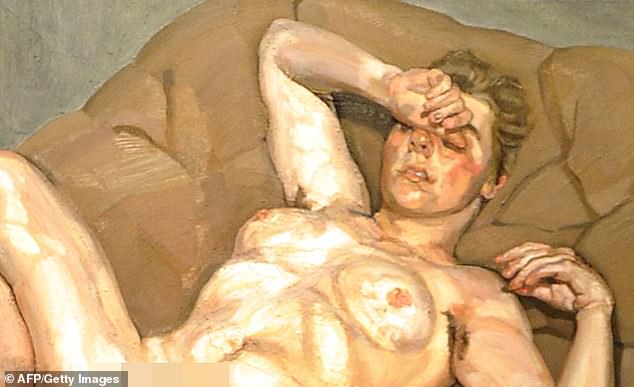 A woman stands near ‘Portrait of Rose’ by Lucian Freud. It is about to go on display at a London gallery – and the model, his daughter Rose, has revealed how it felt to sit for her father

She was on a foundation course at Central School of Art and Design in London when they started on the piece he would name ‘Rose’.

When the painting was finally unveiled, it caused quite the stir – the teenage Rose lies on her back with her legs open and a hand partially covering her eyes.

Writing for the The Times, the mother-of-two and author said: ‘Nothing had been discussed, I just assumed I would be naked. I got undressed and asked him what he would like me to do. 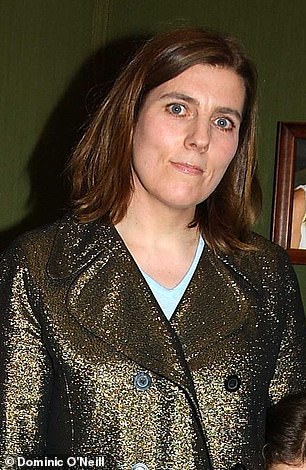 ‘He said it was up to me, so I lay on the sofa. But I didn’t want to look obedient in my portrait; I didn’t feel obedient.

‘I wanted him to paint me, but not like the others — there was some kind of battle going on, unacknowledged, but expressed in the muscles of my bent leg. I was alert, prepared to spring up at any moment.’

Freud was the grandson of Sigmund Freud, a leading pioneer of modern psychoanalysis. He was born in Berlin in 1922 and moved to London with his parents Ernst and Lucie Freud in 1933 after Hitler and the Nazis rose to power in Germany.

He was naturalised as a British subject six years later and spent almost his entire working life based in London, where he was often seen at fashionable restaurants, sometimes with beautiful younger women, including the fashion model Kate Moss, who he painted nude, and other luminaries.

He was at the height of his fame in the last decades of his life, when he still continued to paint for long hours at his studio in London’s exclusive Holland Park. 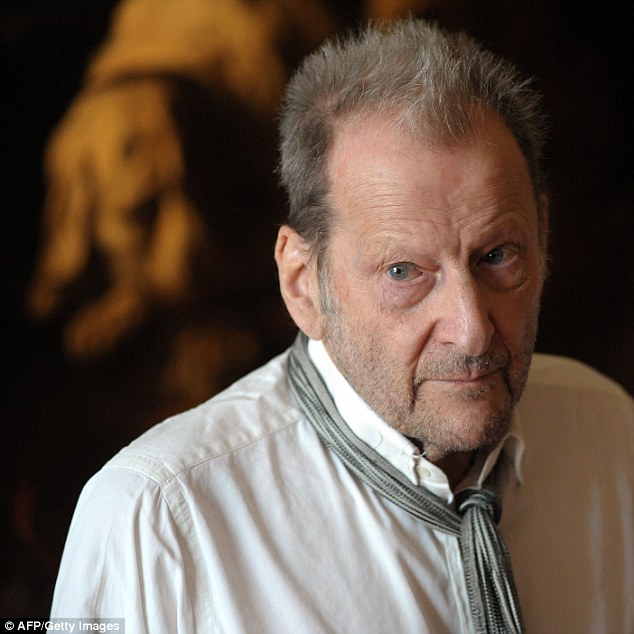 Freud, who died in 2011, is regarded as one of Britain’s greatest artists of the 20th century. His 1995 work – Benefits Supervisor Sleeping – sold for £44million at an auction in New York

Following Freud’s death Rose was the child – out of the many – whom he chose to be co-executor with a lawyer of his £96 million (pre-tax) estate.

She said of the painting: ‘How did I feel about sitting? Angry and exhilarated, outraged by the terms and conditions, honoured to have been chosen.’

Nudity was a central feature of Freud’s art. Painting people without their clothes, he believed, peeled away their outer layer and helped reveal their instincts and desires.

‘I’m really interested in people as animals,’ he told curators at the Tate Britain museum in advance of a major show in 2002. ‘Part of my liking to work from them naked is for that reason, because I can see more … I like people to look as natural and as physically at ease as animals.’ 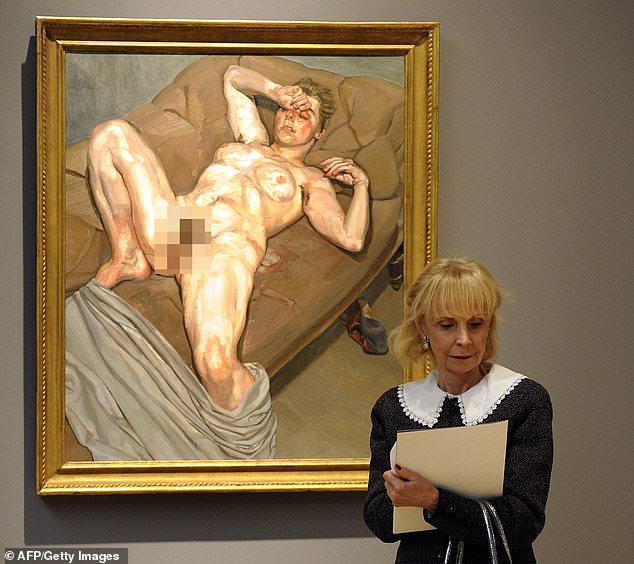 When the painting was finally unveiled, it caused quite the stir – the teenage Rose lies on her back with her legs open and a hand partially covering her eyes. (Pictured: A woman stands near the painting in 2009)

The painting of Rose and unseen photographs of the artist taken during the portrait’s creation are the subject of the forthcoming exhibition at Ordovas in London.

On public display for the first time, Rose’s behind the scenes photographs bring Freud’s studio to life and place the portrait of his daughter in the context of its creation.

In the Studio will run at Ordovas, London from February 23 to April 27. The painting Rose will be on display in the exhibition.