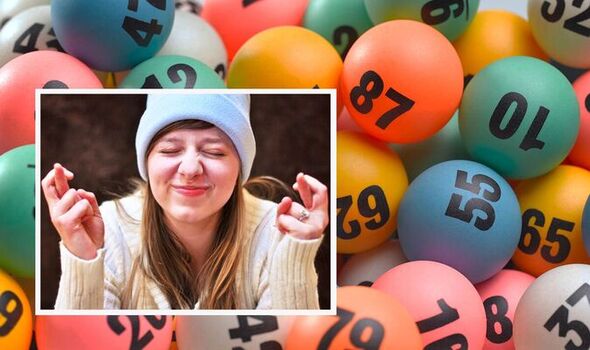 Everyone has a lucky number, but does it align with your star sign? Numerology experts explain how numbers have a strong connection to someone’s horoscope, personality and sentiment. A lucky number for each zodiac sign can originate from several places, ranging from the one you were born with to the one your partner has. Here are the numbers to look out for as we move into the new year.

Experts claim odd numbers have been historically lucky for Aries. While it’s a common belief that good things don’t come in pairs, Aires’ luck is unaffected.

The numbers seven and nine “are useful allies for the Ram” to help them “persevere to the end”. Aries has “a strong will to develop” in 2023, but “not every person is strong enough to bear challenges forever”.

The number six is said to be a “frequently occurring fortunate number” but it also has “auspicious meanings that everybody believes bring good fortune and make people feel content and at ease”.

Those with the star sign Taurus are said to experience “stress in 2023” and “many will be susceptible to sadness”. In a bid to combat stress and sadness, astrologers recommend carrying the number six. This happy number also acts as a reminder for Taurus to be more upbeat and outgoing and to share their efforts with others.

Five is associated with honour, success, riches and power – everything a Gemini adores. For anyone looking to grow in their career or pursue further education, 2023 is said to be “a terrific year” to do so, especially if you “choose the number five as your lucky partner number”. The number five is said to help Geminis “see things, express opinions, and avoid making regrettable errors”.

Number two signifies “a loving connection and two angel wings”. Astrologers suggest “Cancers seemed to struggle with their relationships this year” and for anyone “in difficulties, lonely, or have failed in love, friendship, or family, both the numbers shall help you immensely in 2023”.

Leo “represents fire,” experts say and the zodiac sign also represents” sturdiness and pride and is the governing star”.

Leo’s are said to be “forceful, autonomous, liberated, energetic, passionate, and exceptionally kind,” so number seven is the lucky number for them in 2023. Astrologers advised Leo to “pay close attention to number seven” next year as it “stands for power and strength” which is what a Leo needs to “help them focus”.

Lucky numbers: one six and seven

According to numerology, number one “indicates calm waters and a bang,” whereas number six “illustrates everything going smoothly”. Number seven, on the other hand, “may represent Virgo’s dedication to their profession”.

These three figures together suggest Virgos will “do the hardest this year, express themselves openly and be less concerned about the specifics”.

Astrologers also said Virgo’s should have faith in themselves and have less faith in others “since only when they are self-sufficient will they be safe from attack by others”.

For good fortune, Libra should focus on numbers eight and 10 – the latter of which is “perfection”. Number eight, however, “represents balance, riches, success, and prosperity” which is needed for Libra to keep everything in balance in 2023.

Lucky numbers: one and three

The planet’s “coldest zodiac sign” is Scorpio, and it’s fitting to be given number one in 2023, as it is a number bearing the “qualities of being lonesome, powerful, and pioneering”.

With the protection of number one, Scorpio men and women “may emerge from their icy shells and accomplish significant tasks alone”.

With the presence of number three, which “represents challenge and courage,” Scorpio “may calm down and make wiser decisions” in the new year.

Number three will help Sagittarius “increase their bravery, attention, and courage”, but they must “learn quickly” about what their “heart desires” so you can enjoy it.

The lucky number will also teach Sagittarius to “weigh the giddy, promiscuous behaviour, especially when you’re in love”. Astrologers suggest anyone with this star sign should “get serious” about relationships.

These three numbers “hold great significance for Capricorn and represent a powerful source of inspiration”. Four and nine are said to “illustrate harmony” whilst number nine “also represents eternity and longevity”.

“When it is to the lucky numbers in 2023 for the zodiac sign, number 22 is the most unique,” astrologers said, and the word double is “represented by the number 22” which symbolises Aquarius’ well-wishes multiplying.

This number also advises you to lead two separate lives; one for society and the other for family. To overcome any obstacles and succeed, Aquarius will need to practise their talents twice as much.

Pisces should use these numbers more in 2023, to help “increase luck and enable them to view life optimistically and live happily”. It’s also good for Pisces to be more eager, active and happy, as their life and job are set to be “intriguing experiences”.