Cripes! LUCY DEEDES reveals how her family responded to her daughter’s racy first book – which made Jilly Cooper blush

So there it is, my daughter’s first baby ready to meet its public. Pink and white, with its lovely new smell; stacked up high with the others on the bookshop table. Though real babies ideally don’t have red wine stains on their covers.

The Plus One, Sophia Money-Coutts’s first novel, is a smart and funny story which rattles along at high speed, just as Soph speaks and writes, about work and love and family and society, and the importance in life of terriers and men’s shoes. 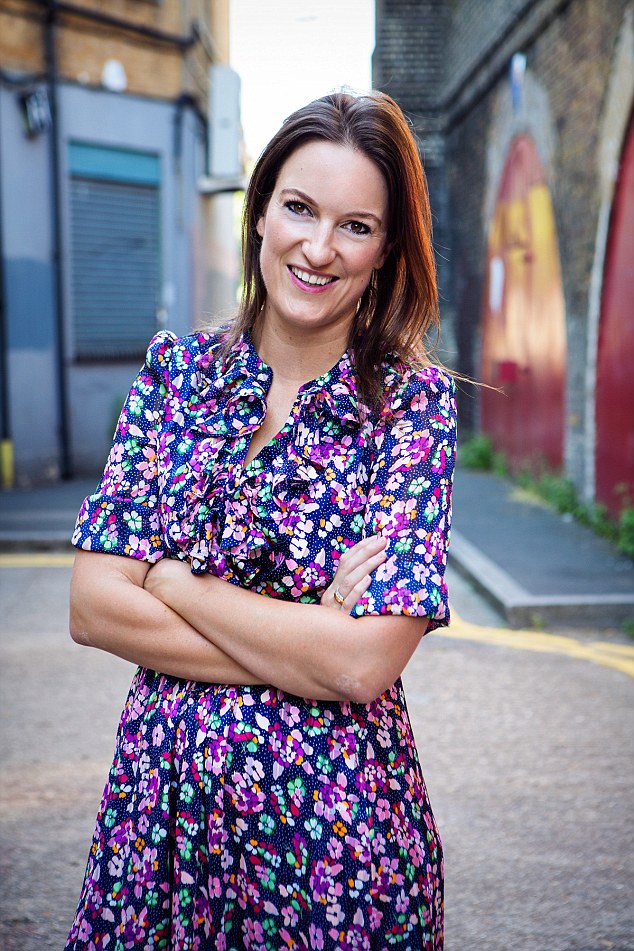 Sophia Money-Coutts (pictured) released her first book, called The Plus One, with her mother Lucy Deedes sa

This is a novel with some really quite honest sex in it, which prompted Jilly Cooper to remark that it made her feel like a nun.

The truth is, my 33-year-old daughter has written a novel in which the first chapter has our heroine ‘waggl[ing] my legs in the air like an upturned beetle’.

For most of us, the phenomenon of books with racy bits in really kicked off with Jilly Cooper. Riders, published in 1985, was the first of her books to feature the ever-priapic Rupert Campbell-Black, he of the splendid performances with horses and women. Her heroines usually had a pair of discarded knickers in their handbags.

At the time Jilly confessed in an interview that she did have some anxiety about their effect on her mother, sitting round a bridge table with her elderly friends.

Well, I don’t play bridge or belong to a book club. I am noticing, though, that whereas at Sophia’s book launch people said to me: ‘You must be so proud!’ (I am), two weeks on they ask me, carefully: ‘Did you actually read it before it was published?’ (No, my younger daughter Rosie is the first reader for both of us as she’s unshockable and reads quickly.) 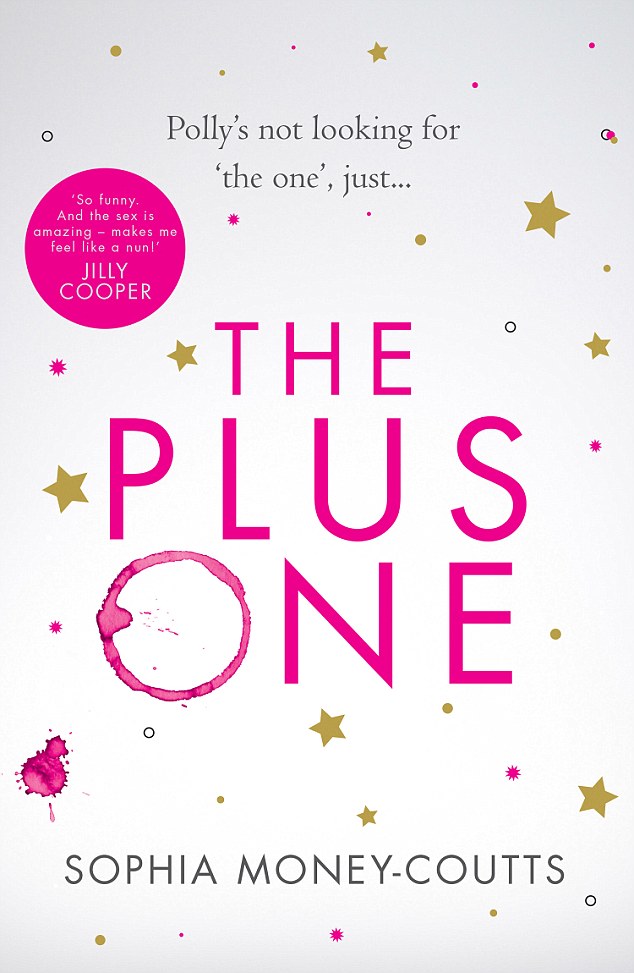 Lucy revealed how, two weeks after the book was published, people asked her ‘Did you actually read it before it was published?’

But here’s the thing: Soph, like Jilly, is extremely funny and that makes a world of difference when your story is scattered with references to body parts and what I shall here refer to as acts not suitable to mention in a family newspaper.

That said, I must admit to experiencing a few pearl-clutching moments when I first read it. It’s not that I’m a prude.

Everyone remembers where they were when they told their children the facts of life. We lived in West Sussex and had met some friends at a nearby stud where their mare was being covered by the stallion.

Driving home after this robust physical demonstration — at which the children turned not a hair — I decided that since I had all three of them in the back seat and nobody else to mock my efforts, I would break it to them that this sort of thing wasn’t confined to horses.

For once, my audience (Sophia, seven, Drummond, six, and Rosie, three) made no attempt to interrupt. They sat quietly like three birds on a branch, round-eyed. When I ran out of steam there was a stunned silence. Then: ‘Eurghh!’ and ‘Will we have to do that when we’re grown up?’ 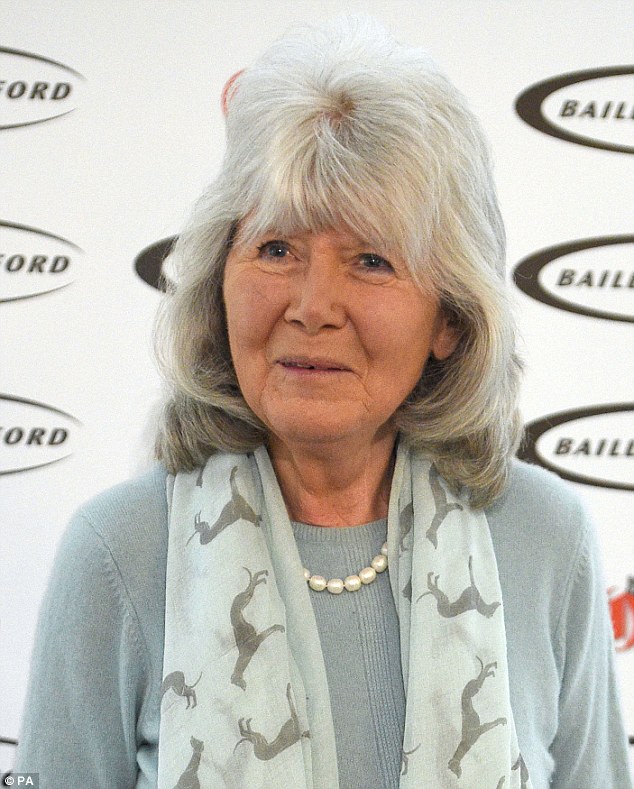 After reading the novel, popular author Jilly Cooper was prompted to remark that it made her feel like a nun

‘No, you won’t have to,’ I said. ‘Phew!’ And there the matter rested, only revisited briefly. It was not a particularly scientific lecture; further details could safely be left to school friends and Pony Club camp.

But, as I excitedly turned the pages of my firstborn’s first book, I discovered that somewhere over the next 25 years she had gathered enough information to write about sex in a way that is alarmingly well-informed and close to the bone.

I also write fiction, and have struggled, face in hands, to write a decent sex scene or even to find names for all those bits, which aren’t either twee, medical or just plain revolting. More than once I have taken refuge behind the bedroom door (in a literary sense, of course). My daughter, it quickly became clear, has no such qualms.

Then again, I suppose it was never on the cards that Soph, who used to work at society magazine Tatler and has found endless amusement at the expense of the upper classes, was going to be reticent about their sex lives. And how much braver to spell it all out!

Of course, we all have different levels of shockability, which is why politicians and royals sometimes make perfectly good jokes that backfire if people don’t laugh.

And I and the rest of the family have found that one’s limits can be tested when leafing through a colourful romp written by an eldest sibling.

Soph’s brother confessed he could only get past the dodgy bits by flicking fast forward through the pages and every so often checking a phrase — ‘No, they’re still at it’ — before flicking on again. ‘I can read that stuff, just not written by my sister,’ he says.

And while it’s sad that Soph’s grandparents will not be able to celebrate her latest excitement, being no longer with us, it’s a bit of a relief, too. 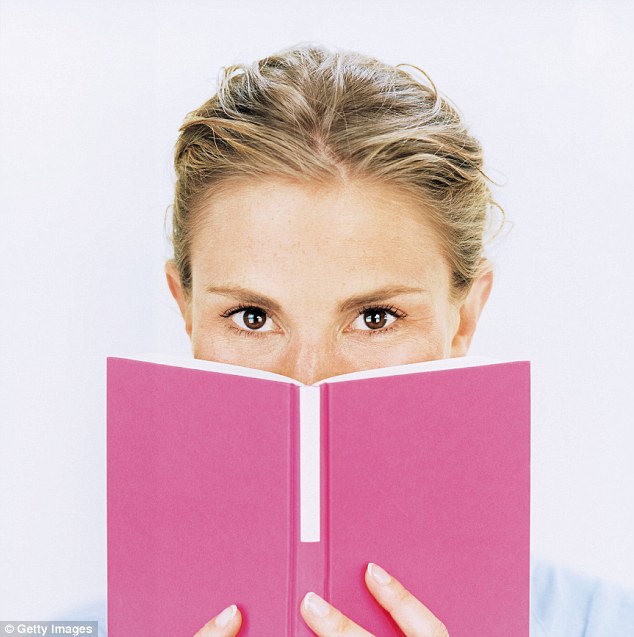 My mother once famously threw a book by H.E. Bates, creator of the bucolic The Darling Buds Of May, on the fire — we were never able to discover which rogue passage was responsible — so it’s probably fair to say that she might not have made it far through The Plus One.

Soph’s other grandmother would have laughed heartily, hoped fervently that her friends were all reading Hilary Mantel that summer, and given Soph a detailed critique.

For by and large, I have come to realise, today’s generation of Fifty Shades-inured readers have no intention of being marooned outside the bedroom door: they want ringside seats.

Forget Scarlett O’Hara sprawling on her pillows the morning after that big night with Rhett Butler, the events of which the author left entirely to her reader’s fervid imagination.

Were Gone With The Wind written today, Rhett would be captured buck naked, in flagrante, in purple prose.

So, yes, it as been odd and disconcerting to discover the depth and breadth of Soph’s experience and imagination — and I pray I never have to read certain passages out loud to anyone. But, at the same time, I couldn’t be more thrilled.

I was particularly touched by her portrayal of the mother/daughter relationship and proud of the quality of her writing. And I admire the focus that enables her to sit in her local coffee shop and hammer out these blush-making scenes while all around her young mothers, their assorted infants and dogs are raising merry hell.

When she sent me a copy of her book the accompanying note said: ‘Mums! Finally. I have been so nervous about you reading this. Not just the rude bits but . . .’

At this stage I was more distracted by her failure to use the gerund, than by the prolific descriptions of body parts. But now that I have read it all, twice, I wouldn’t change a word — not even the rudest ones. (Although while we’re on the subject: ‘earthworms’, Soph? Really?)