Lala Kent: MGK and Megan Fox would rather hang with Travis and Kourtney

Imitation is not always the sincerest form of flattery.

“Pete you know damn well I don’t talk like that,” Kelly, 31, wrote on his Instagram Story Monday along with a clip from Davidson’s sketch, in which the comedian, 27, donned a blond wig and spoke in a dopey voice to poke fun at the “Bloody Valentine” singer and his romance with Megan Fox.

But the criticism seemed lighthearted, as Kelly added several laughing-face emojis to the end of his post.

He also shared a screenshot of a FaceTime call with Davidson dressed in costume with the caption, “twins” as they both smiled.

Still, MGK definitely had a lot to say about the performance. 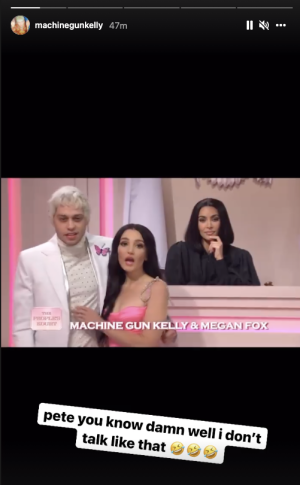 Earlier in the morning, Kelly, whose real name is Colson Baker, took to Twitter to share that he hopes to one day get revenge on Davidson for poking fun at him.

“i think it’s time for me to come on the show as Pete @nbcsnl,” Kelly quipped. 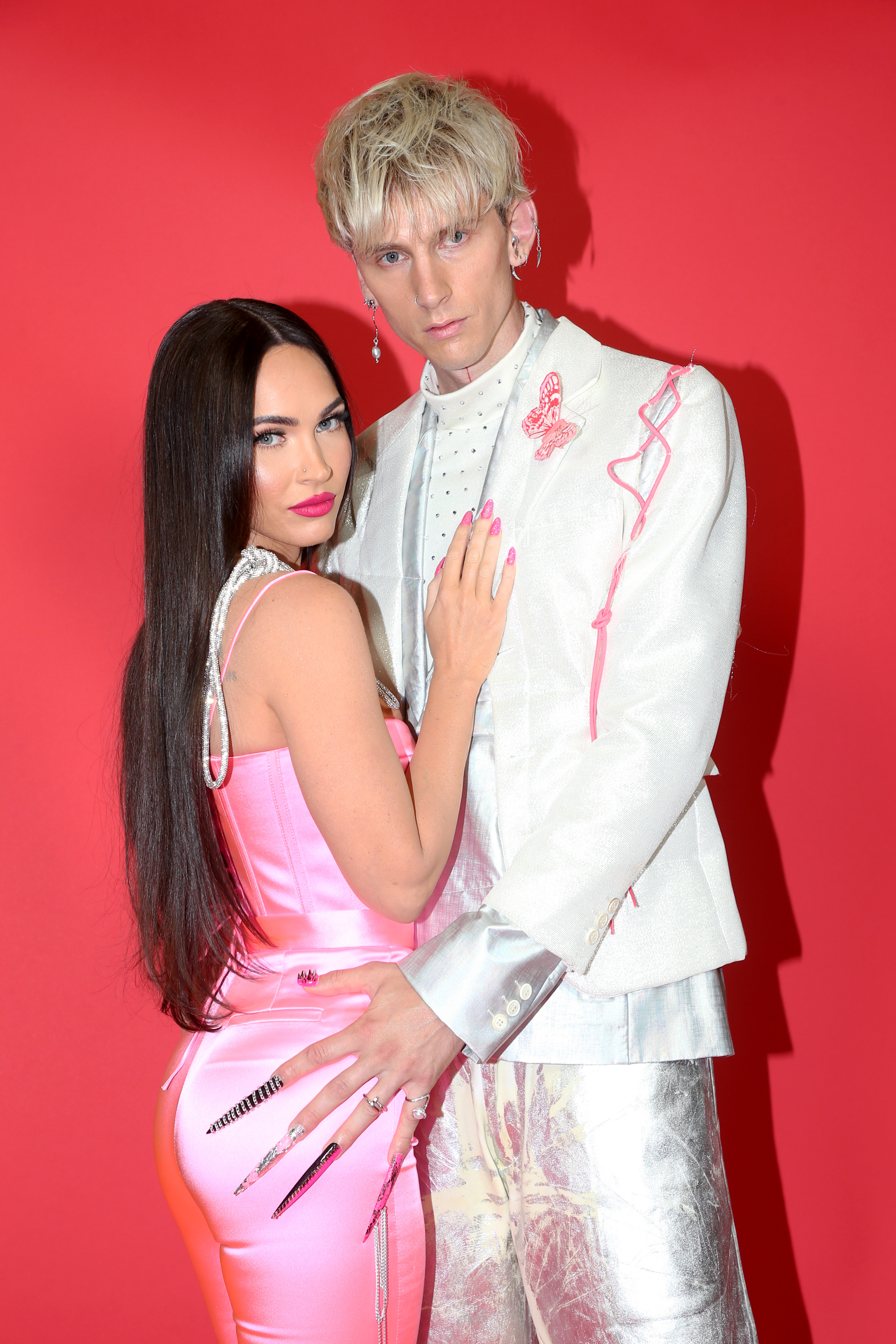 The “King of Staten Island” star’s impersonation of Kelly took place during host Kim Kardashian’s sketch where she was imitating her sister Kourtney Kardashian. Davidson and co-star Chloe Fineman appeared as MGK and Fox, 35, dressed in the same outfits that the real-life couple wore to the 2021 iHeartRadio Music Awards.

“I wish I could vape you,” Davidson told Fineman, 33, before they began a cringeworthy makeout session onstage, mirroring MGK’s infamous PDA with his actress girlfriend.

Davidson and Kelly are longtime friends and frequently hang out together. Kelly was notably there for Davidson when he seemed to be going through a dark time in 2018, telling fans, “im in the plane now on the way to see Pete. gonna make sure he’s good, i promise. can’t have my boy in the darkness like that.”