Whatever the eventual outcome of the election, Sweden’s image as an ultra liberal and stable democracy that’s only too happy to welcome new arrivals from around the globe has been irreparably damaged.

The fiercely anti-immigrant, blatantly nationalistic Sweden Democrat party – which has only recently abandoned its neo-Nazi roots – has sharply increased its share of the vote since the last election and possibly become the country’s second largest.

And while the left-of-centre Social Democrats which have dominated Swedish politics for decades remain the largest party, they will now find it very difficult to form a majority coalition that supports their liberal agenda on welfare and immigration. 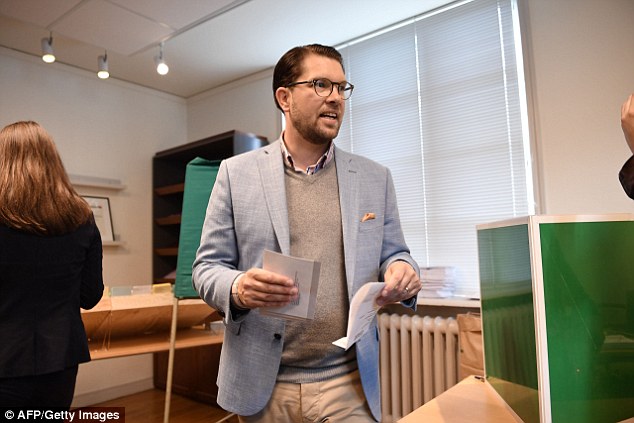 It is the Social Democrats who were behind Sweden’s cradle-to-grave welfare policies where high taxes paid for a very high standard of services. The liberal Social Democrats ushered in unprecedented mass immigration. There could be no more dramatic evidence than this election result to demonstrate how the public mood has soured as a result of those policies.

The open-door policy for refugees – with as many as 165,000 immigrants arriving in 2015 alone in a country of fewer than ten million – has radically changed the composition of big cities like Stockholm or Malmo. A survey by the respected Pew Research Centre predicts that if the high migration rates continue, 30.6 per cent of the Swedish population will be Muslim by 2050. Its researchers estimated the proportion in 2016 at 8.1 per cent. 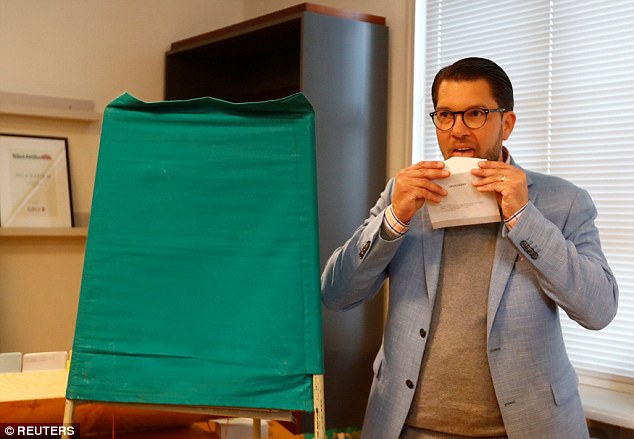 Tolerance and stability have been replaced by violence and uncertainty, and across Swedish cities such as Gothenburg and Stockholm, cars have been set ablaze. All this played into the hands of the Sweden Democrats who blamed everything from welfare waiting lists to crimes like rape and arson on the migrants. All highly emotive and often unproven – but the nationalists played the message dramatically to their advantage.

The death of Sweden’s liberal dream has seen young professionals leave the country for well-paid but lower-taxed jobs elsewhere in the EU. Instability in Northern Europe worries NATO just as it looks just across the Baltic Sea towards an increasingly belligerent Russia. Sweden may be officially neutral but everyone knows its neutrality tilts towards the West.

Its recent drift towards joining NATO now looks likely to run aground. This is because populist parties in Sweden – whether on the Right or Left – admire Putin as a strong man who, in contrast to the ‘wishy-washy’ West, stands firm against immigration and the perceived dilution of national cultures.

Putin’s Russia will be watching gleefully as Sweden’s politics frays at both edges. Ordinary Russians have traditionally viewed Sweden’s social democracy as an ideal alternative to the Soviet model with its bountiful welfare provisions plus freedom and prosperity.

The fact that this once model Western democracy is now floundering can only help boost Putin’s image domestically as the leader upholding a stable Russian regime. 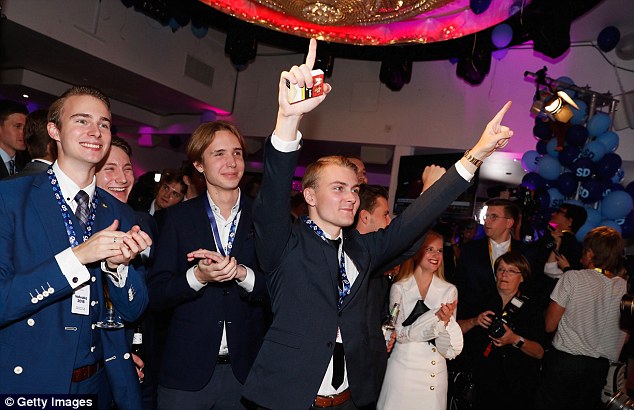 The Sweden Democrats’ triumph will also trouble Brussels and the EU. The party has called for a referendum on membership of the union. After the general election, Sweden’s conventional parties will try to return to politics as usual and form a coalition government.

But if they exclude the Sweden Democrats from government, they will have to cobble together their coalition from parties which have long been political enemies – which will infuriate those parties’ natural supporters and encourage the drift towards the populist Right and Left.

The problems of Sweden’s welfare state, its migration woes plus the general downward pressure on ordinary living standards show no sign of disappearing in the country – or, for that matter, anywhere else in Europe.

Failure to come first will not worry the nationalist Sweden Democrats who have massively increased their vote in this election. They fully expect to celebrate victory after the next.