Mary Boyd Higgins, the product of a privileged youth in Indianapolis, was living comfortably in New York in the 1950s when she volunteered to manage the trust of Wilhelm Reich, a highly controversial psychoanalyst who coined the phrase “the sexual revolution.”

An Austrian-born Marxist who had linked fascism with sexual repression, Dr. Reich had the rare distinction of having his writings ordered destroyed by both the Nazis in Germany in the 1930s and the United States government in the 1950s, during the McCarthy era.

When she volunteered to become his trustee, Ms. Higgins was familiar with his work but had never met Dr. Reich, who died in federal prison in 1957. Little did she know that by the time she died, on Jan. 8 at 93, she would have devoted nearly 60 years of her life to carrying out his elaborate last wishes.

Dr. Reich had appointed one of his daughters, Eva Reich, trustee, but after a year she desperately sought someone else to take on that responsibility.

It was a tough sell. At that point, in the late 1950s — with the counterculture’s revival of his beliefs still years away — Dr. Reich’s reputation was at its nadir. To many, he seemed a quack. His theories about sexual energy, expressed in his own made-up language, were far outside the mainstream. (One of his inventions, the phone-booth-like “orgone accumulator” for the release of sexual tension, would be parodied by Woody Allen in his 1973 film, “Sleeper,” as the “orgasmatron.”)

“Reich had been victimized and blackballed because he was a leftist, he was Jewish and he was a sex researcher at a time when that seemed over the top,” James Strick, the author of “Wilhelm Reich, Biologist” (2015), said in a telephone interview.

In addition, Dr. Reich’s estate was a mess. It included a boarded-up property in rural Maine, thousands of volumes in his library, archives of personal papers that had been looted and, in his will creating the trust, lofty instructions to “safeguard the truth about my life and work against distortion and slander after my death.”

His daughter was on the verge of sending the matter to court, which would have sold his property and left his legacy up for grabs, when Ms. Higgins, then in her mid-30s and spending much of her time playing the piano and tennis, stepped forward.

“You can see how bad things were at that point, when no one who knew Reich wanted or was willing to take this job,” Ms. Higgins told Dr. Strick, who is a professor of science, technology and society at Franklin & Marshall College in Lancaster, Pa.

She volunteered, she said, because she had felt sympathy for people who were persecuted.

“Growing up, I was very aware and was always haunted about what happens to unusual, creative people, how generally they are destroyed,” she said in a 2009 interview with Philip W. Bennett, who taught at Fairfield University in Connecticut and who has written extensively about Dr. Reich. 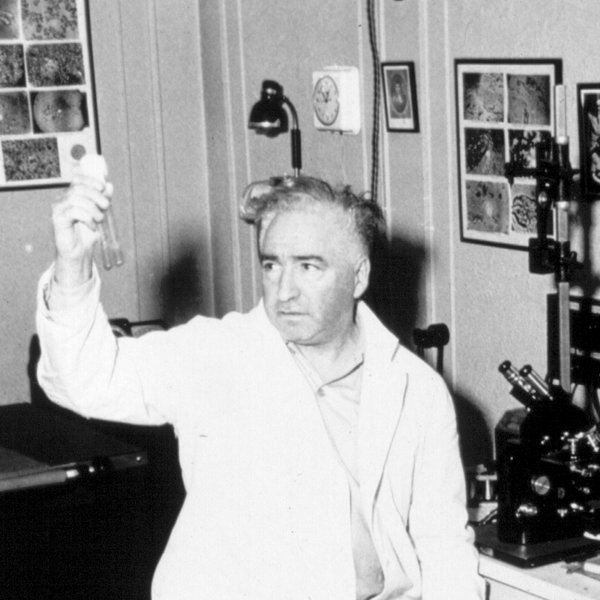 Moreover, Ms. Higgins said, she was horrified at the spectacle of the United States government supervising the destruction of books. It was one of the worst cases of censorship in American history, but at the time there was little complaint.

When she was appointed trustee, in March 1959, Ms. Higgins had her work cut out for her.

She quickly discovered that most of Dr. Reich’s personal papers, which he had wanted sealed for 50 years before anyone could see them, had been stolen; she had to start litigation to retrieve them. He wanted his Maine property turned into a museum; she would need to become an expert in museum design. She also studied copyright law in seeking to have his books republished.

Another hurdle was paying for it all. The trust had just $823 (less than $6,000 in today’s dollars) for her to carry out his wishes. She would receive no salary.

When Ms. Higgins told her therapist that she was becoming trustee, he “looked at me as if I had come from Mars,” she said. He told her not to do it because he didn’t think she could handle it.

Mary Boyd Higgins was born on Oct. 13, 1925, in Indianapolis. Her father, William Robert Higgins, was a longtime Superior Court judge, and her mother, Helen (Boyd) Higgins, wrote children’s books. They raised Mary and her two brothers in a large house with servants.

Ms. Higgins was a top student at the Tudor Hall School for Girls (now called Park Tudor) in Indianapolis and then went to Vassar College, graduating in three years in 1948 with a degree in dramatic production.

With aspirations of becoming an actress, she moved to New York but could not find work. After a year in Paris, she moved back to Forest Hills, Queens, where her piano teacher gave her a copy of Dr. Reich’s “The Function of the Orgasm” (1927), a book that she said “made sense.”

Seeking a therapist in 1953, Ms. Higgins reached out to the Reich psychiatric clinic in New York. She was referred to Dr. Chester Raphael, a student of Dr. Reich’s. After three years, as she completed her therapy, Dr. Reich’s legal troubles were coming to a boil.

On the run from the Nazis in Europe, Dr. Reich had arrived in the United States in 1939. He settled in Forest Hills and continued to develop his theories about sex and energy, even as they were ridiculed. He also bought a farm near Rangeley, Me., which he called Orgonon, a variation of his notion of sexual energy, or “orgone,” a word he invented to suggest both “orgasm” and “organism.”

In 1947, The New Republic ran a highly critical article, “The Strange Case of Wilhelm Reich,” which led the Food and Drug Administration to investigate him.

The agency concluded that “orgone” did not exist and that his “orgone accumulator” was a hoax. Moreover, according to Dr. Strick, it suggested in internal memos that his whole operation was a cover for a sex racket.

The complaint led to an extraordinary injunction on March 19, 1954, by a federal judge in Maine, John D. Clifford Jr. He ordered that any journal or pamphlet that mentioned orgone “shall be destroyed,” that all orgone accumulators be destroyed, and that all copies of Dr. Reich’s books that mentioned orgone “shall be withheld” from circulation until such references were redacted.

In 1956, Dr. Reich was accused of contempt of court. He was found guilty at trial in May and sentenced to two years in prison. The accumulators were destroyed.

On Aug. 23, 1956, six tons of Dr. Reich’s books, journals and other papers were burned under government supervision at a municipal incinerator on Gansevoort Street, in Lower Manhattan.

Dr. Reich died of heart failure the next year in federal prison in Lewisburg, Pa.

Ms. Higgins had attended Dr. Reich’s trial and followed the news about him. “I was very well aware of what was going on and very disturbed by it,” she told Dr. Bennett in 2009.

Despite her therapist’s warning that she could not handle the trustee job, Ms. Higgins exceeded all expectations.

She retrieved the stolen archives and rehabilitated the property in Rangeley as the Wilhelm Reich Museum. His Orgone Energy Observatory there, which had been boarded up, is now on the National Register of Historic Places.

Outraged by the book burning, Roger Straus Jr., of what was then the young publishing firm of Farrar, Straus & Giroux, republished almost all of Dr. Reich’s more than 20 hardcover books. He also brought out unpublished works, edited by Ms. Higgins.

With the books newly available, the counterculture sought them out in the late 1960s. And the orgone accumulator enjoyed a revival, with the likes of Norman Mailer, Saul Bellow and Sean Connery becoming fans.

Dr. Reich’s archives are now in permanent repository at the Countway Library of Medicine at Harvard Medical School. After being sealed for 50 years, they were opened to researchers in 2007.

Ms. Higgins, who never married and had no children, died from complications of a stroke in Lexington, Ky., where she had moved in 2001 to be near a close friend, her nephew Will Higgins said.

The republication of Dr. Reich’s books brought royalties to the trust, which allowed Ms. Higgins to accomplish many of her tasks. But Mr. Higgins said she had also used some of her own money.

“She inherited a modest trust fund and devoted quite a bit of that to the cause,” he said. “No one could imagine her doing anything else. It was a calling.”