Meet Masayoshi Son, the Japanese billionaire whose SoftBank mega-fund has been reportedly involved in asking Adam Neumann to step down from being WeWork CEO

WeWork’s biggest backer has “lost faith” in the coworking company’s founder Adam Neumann, theFinancial Times reported September 22. SoftBank heavyweights are part of a movement withinWeWork’s board and investors tooust Neumann over his “self-dealing” and marijuana use.

Softbank has invested almost $11 billion in WeWork through Softbank,Business Insider previously reported. It was set to pour an additional billion dollars into WeWork’s IPO before it waspostponed on September 17.

SoftBank’s founder and CEO is Masayoshi Son, who’sworth an estimated $15.3 billion, per Bloomberg’s Billionaires Index. That makes him the second-richest person in Japan after Uniqlo founder Tadashi Yanai. Through SoftBank and his first $100 billion Vision Fund, Son has invested millions in some of Silicon Valley’s biggest tech companies, including Uber, Slack, and DoorDash.

Masayoshi Son is the billionaire founder and CEO of Japanese holding company SoftBank, which announced commitments of $108 billion to its second massive Vision Fund in July. 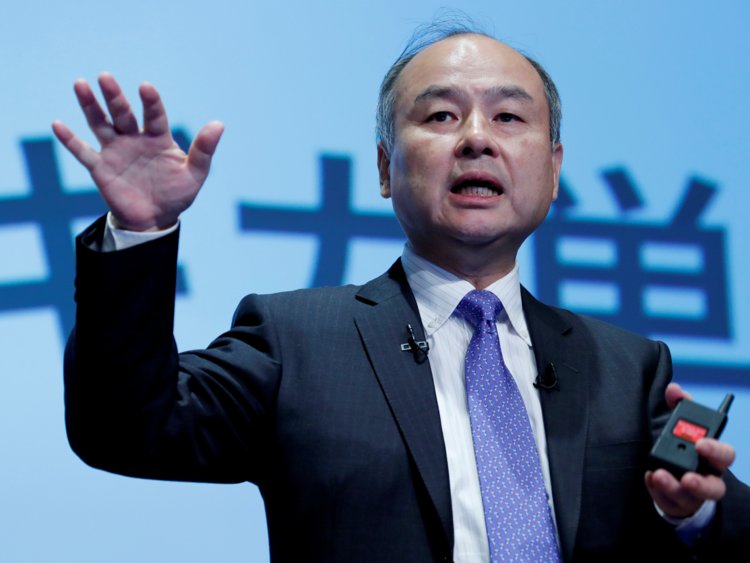 SoftBank owns stakes in more than 1,000 companies, including Alibaba and Yahoo Japan, according to Bloomberg.

Son is worth an estimated $15.3 billion, according to Bloomberg’s Billionaires Index. 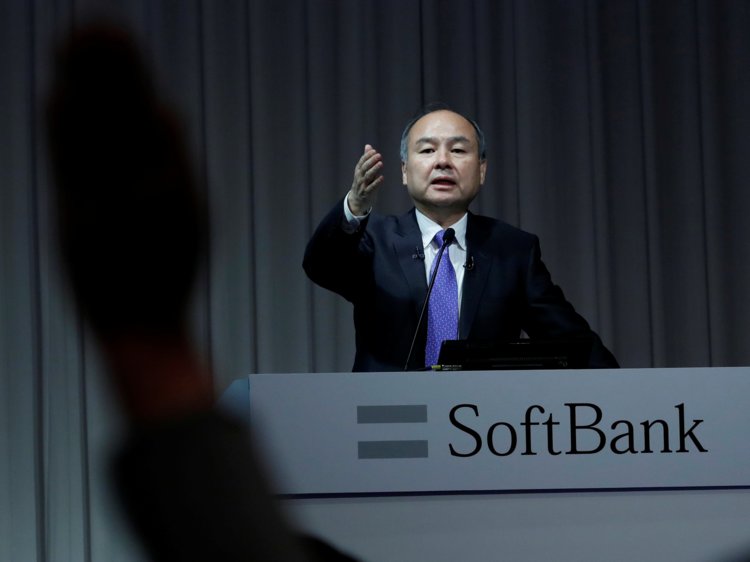 That makes him the second-richest person in Japan afterUniqlo founder Tadashi Yanai, who’s worth an estimated $31.3 billion.

Most of Son’s wealth comes from his 26% stake in Softbank, which makes him the largest shareholder, according to Bloomberg.

Son was born in 1957 to Korean immigrants on the Japanese island of Kyushu. 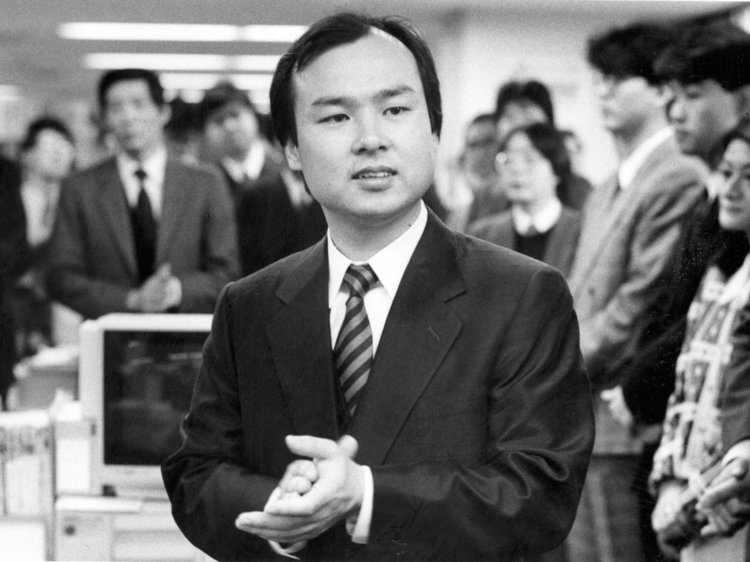 The 61-year-old CEO was one of four brothers, and his father worked at restaurants, farms, and fisheries.

In 1972, when he was 16, Son met one of his idols: McDonald’s Japan founder Den Fujita, who encouraged him to go study in the United States. 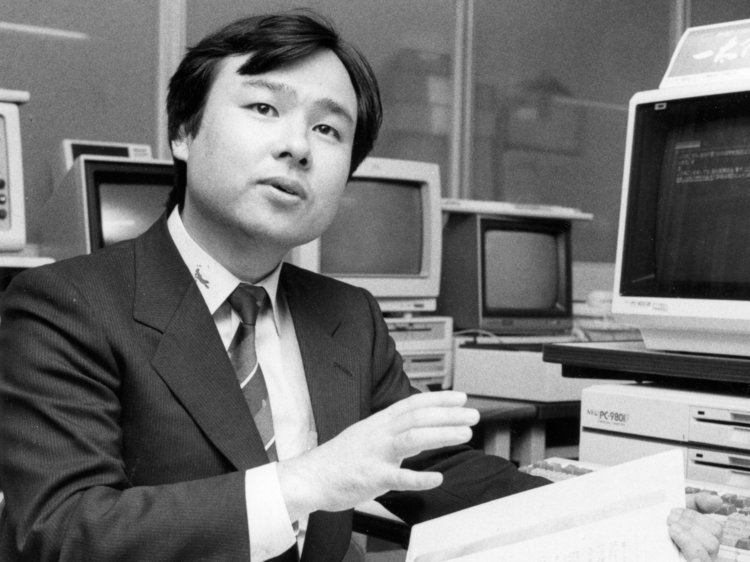 Son took his advice and moved to San Francisco the next year to continue high school.

Son went on to study computer science and economics at the University of California at Berkeley. 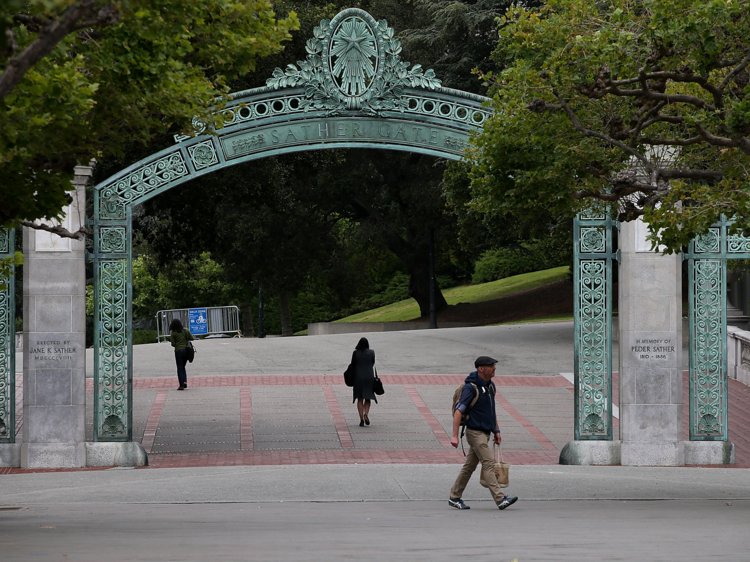 Before he was 21 years old, Son sold his first company, a multilingual translator bought by Sharp for about $1 million.

In the 1980s, Son founded SoftBank, a company that today pours billions of dollars of capital into tech startups, including through its $100 billion Vision Fund. 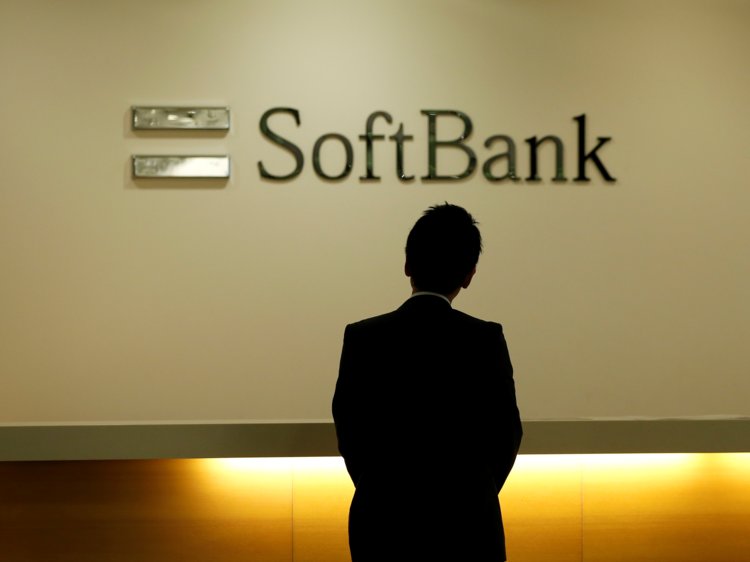 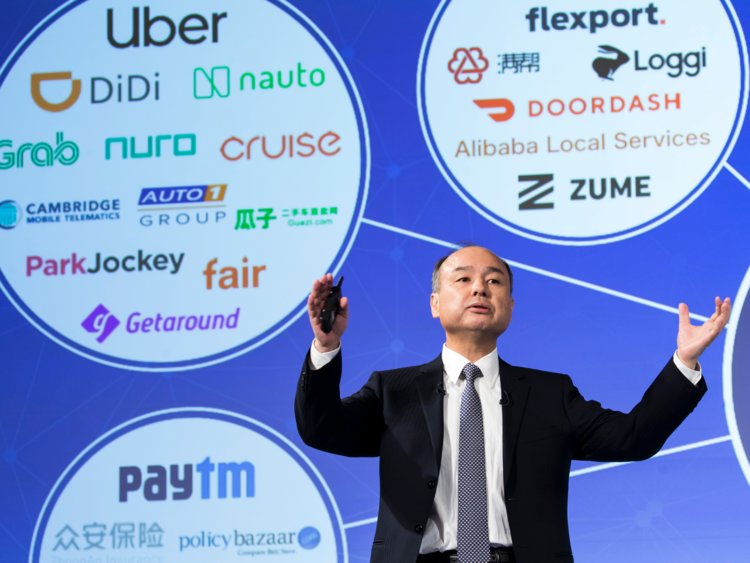 The size of Son’s $100 billion Vision Fund and its investment strategies have shocked Silicon Valley investors, according to Bloomberg.

“The standard VC playbook involvesmaking small, speculative investments in early-stage startups and adding funds in follow-on rounds as those startups grow,” Sarah McBride, Selina Wing, and Peter Elstrom wrote for Bloomberg. “SoftBank’s strategy has been to put enormous sums — its smallest deals are $100 million or so, its biggest are in the billions — into the most successful tech startups in a given category.”

Fast Company’s Katrina Booker called Son ” the most powerful person in Silicon Valley” for his ambitious vision — and financial means — to transform industries from real estate to food to transportation through his investments in artificial intelligence and machine learning.

Like the rest of Silicon Valley, Son may soon have to reckon with the presence of Saudi Arabia in the US tech world. 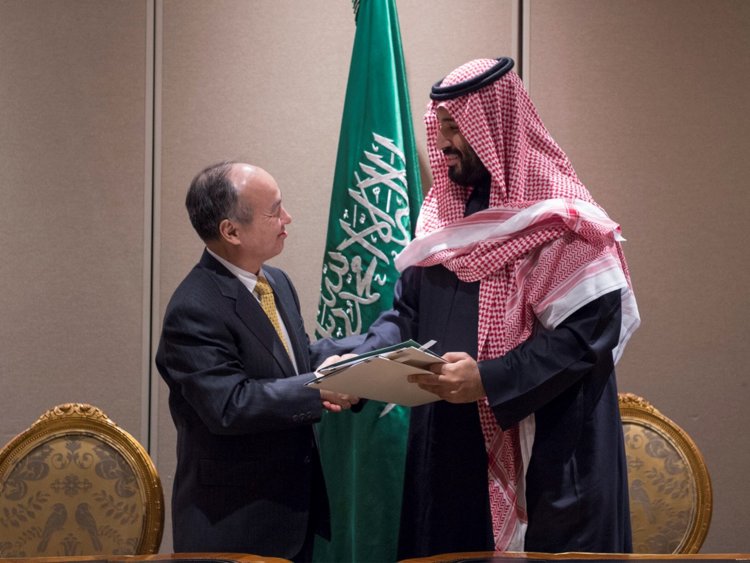 The SoftBank CEO has direct ties to Saudi Arabia, which has been embroiled inhuman rights scandals and blamed for the killing of journalist Jamal Khashoggi.

The SoftBank CEO is known for paying his executives handsomely. 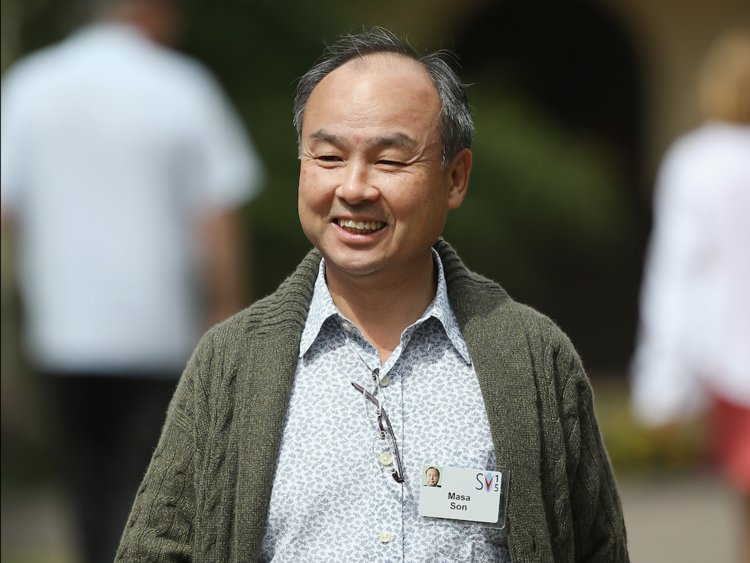 “The range of executive salaries in Japan has gone up, but compensation in the billions of yen is still unheard of beyond a handful of global companies,” Noriko Watanabe, a partner at Heidrick & Struggles, an executive search company, told Bloomberg.

Son owns millions of dollars worth of property in Tokyo, where SoftBank is headquartered. 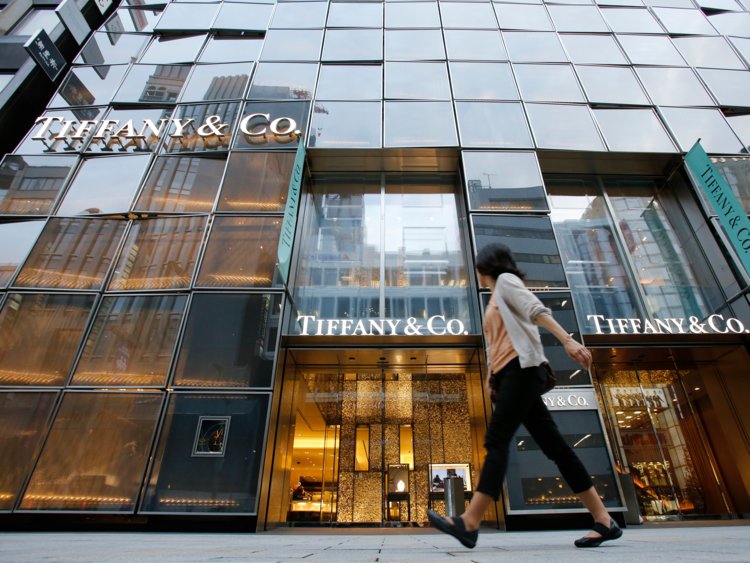 The SoftBank CEO ownsabout $45 million worth of residential property in Tokyo, according to Bloomberg. And in 2013,he spent $326 million on Tokyo’s landmark Tiffany Building in the Ginza luxury shopping district.

He also owns a $117.5 million Silicon Valley estate that comes with a 9,000-square-foot house, a 1,117-square-foot pool house, a detached library, a swimming pool, a tennis court, and formal gardens. 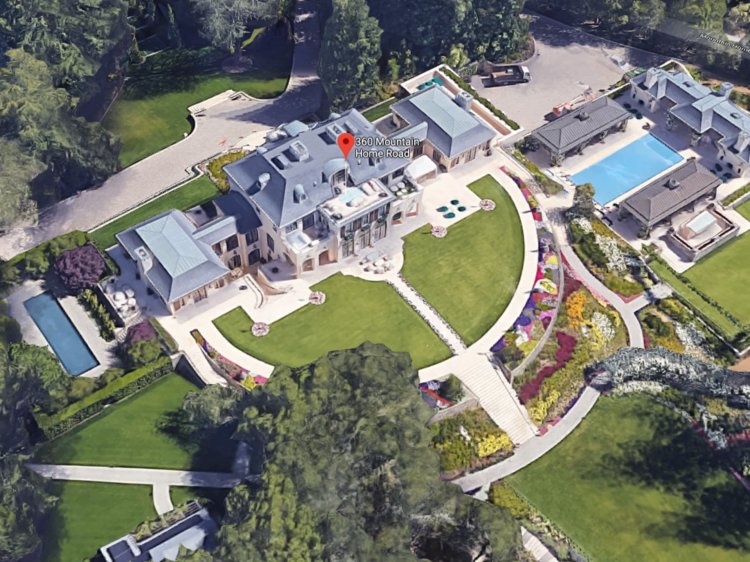 Son bought the Woodside, California, property in 2012 from private equity investor Tully Friedman, according to Forbes.

Son is married with two children but keeps his family life private. 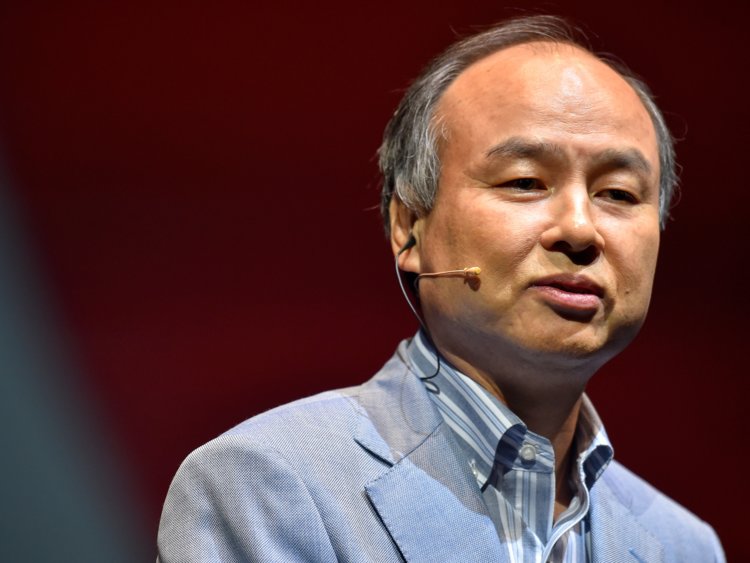 The CEO married Masami Ohno, the daughter of a prominent Japanese doctor, while they were both students at UC Berkeley, The Seoul Times reported. The couple reportedly has two daughters together, but little information about the family can be found online. 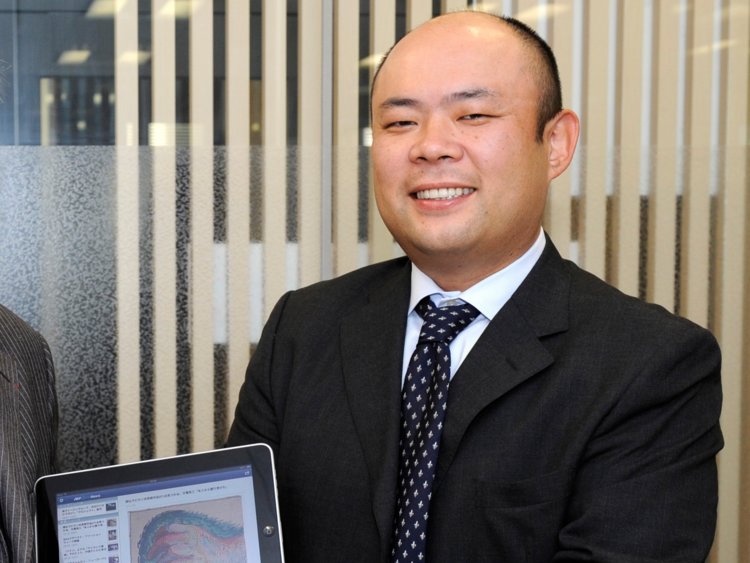 Taizo Son is an entrepreneur who has founded companies including GungHo Online Entertainment and Movida Japan. He’s worth an estimated $1.2 billion, according to Forbes.

The SoftBank CEO reportedly has personal relationships with billionaire CEOs and entrepreneurs such as Bill Gates, Larry Ellison, Rupert Murdoch, and Tadashi Yanai. 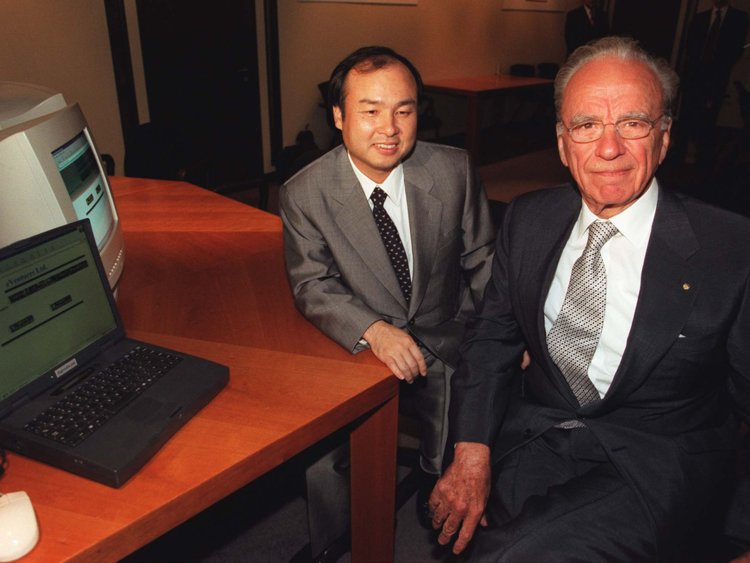 Son reportedly has a close relationship with WeWork’s cofounder and CEO Adam Neumann. 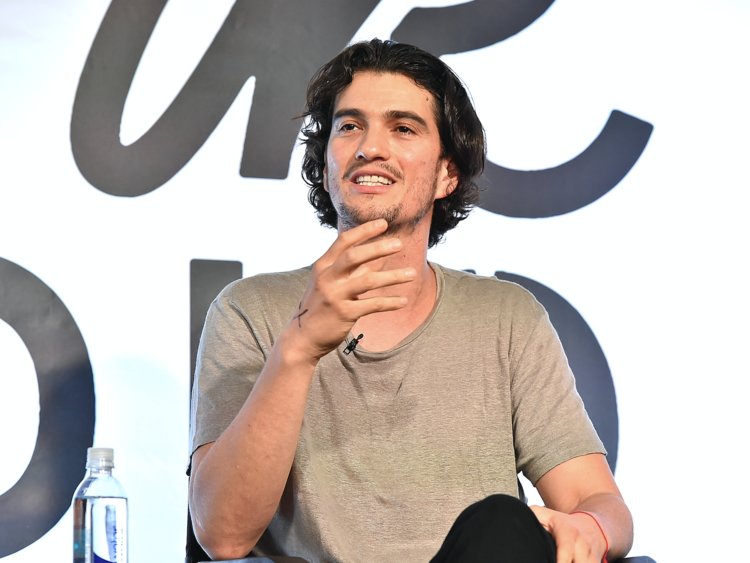 Neumann told Business Insider in a recent interview that he and his wife, Rebekah, call Son “Yoda,” in reference to the “Star Wars” character.

However, Softbank has “lost faith” in Neumann and wants him demoted, theFinancial Times reported September 22. WeWork’s board will meet September 23 to discuss removing Neumann from his post as CEO over his alleged “self-dealing” and marijuana use,Business Insider also reported.

Read more:WeWork’s board reportedly meets Monday to discuss pushing out Adam Neumann — and his alleged ‘self-dealing’ and marijuana use may come into play

The SoftBank CEO has also publicly met with President Donald Trump on a few separate occasions, including at Trump Tower in New York a month after Trump was elected. 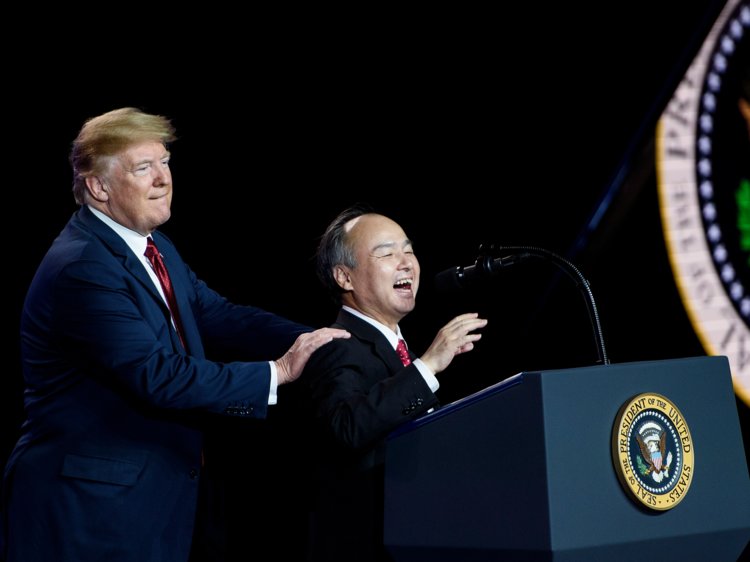 At a June 2018 groundbreaking ceremony in Wisconsin for a new manufacturing facility for Foxconn,Trump praised SoftBank for increasing its investments in US companies.

In May 2019, SoftBank announced the creation of a second $100 billion Vision Fund, after having already spent more than half of the first one. 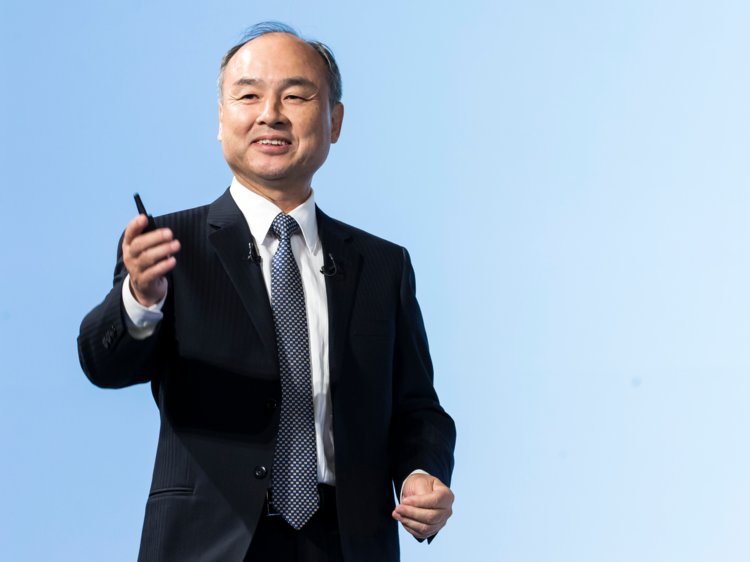 “Various investors from around the world are telling usthey definitely want to participate in Vision Fund 2. We will set it up soon,” Son said at the beginning of May, according to The Wall Street Journal.

The Journal later reported that Son has been having trouble raising money for this new fund,a claim SoftBank disputes, as Business Insider’s Paige Leskin reported.

“While we don’t comment on fundraising, much of The Wall Street Journal’s reporting on investor sentiment is misleading and even inaccurate,” a SoftBank spokesperson told Business Insider in an email.

In July, the company announced commitments of $108 billion to its second Vision Fund. 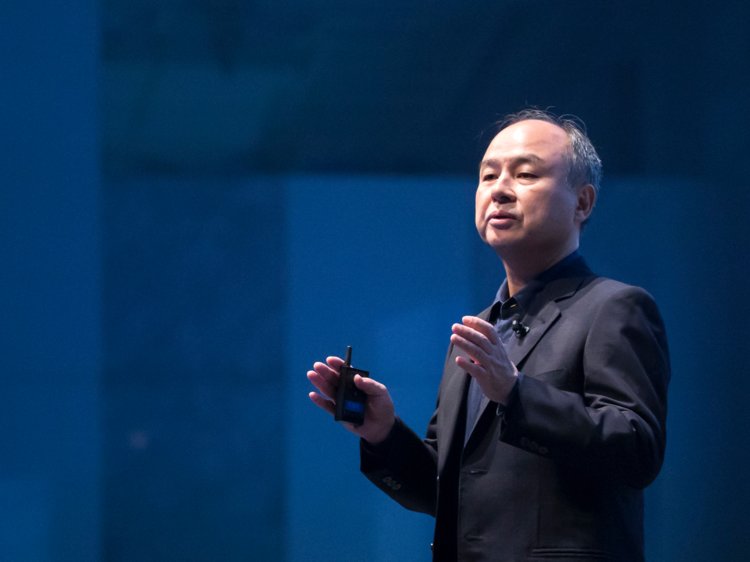 SoftBank confirmed thatApple, Foxconn, and others will invest in the fund, as well as Microsoft for the first time, Business Insider’s Shona Gosh reported.

Although Saudi Arabia’s Public Investment Fund was the largest backer of the first Vision Fund, havingcontributed $45 billion of the fund’s $100 billion bankroll, Saudi Arabia is missing from thelist of backers for the new fund.

Despite paying his executives billions of yen, Son continues to grow richer. 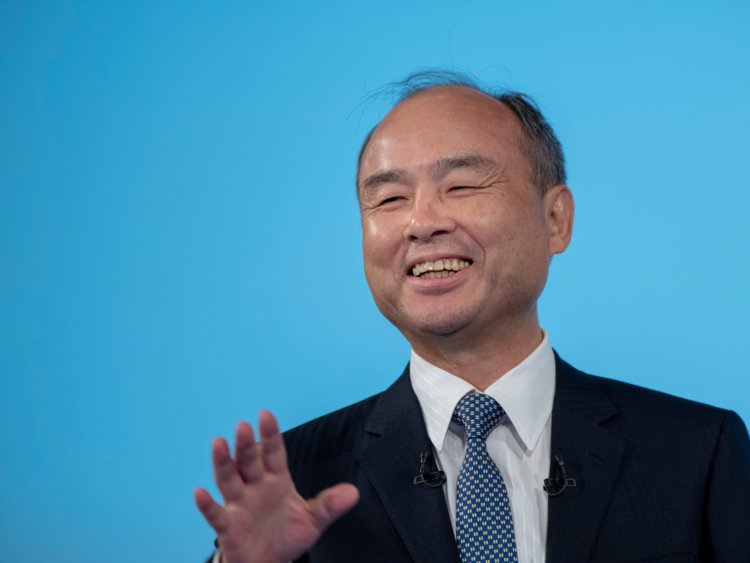 SEE ALSO:WeWork's board is reportedly meeting to discuss ousting Adam Neumann as CEO — here's who the key players are

DON'T MISS:WeWork just removed cofounder Rebekah Paltrow Neumann from succession planning and banned her from the board. Meet the former actress, who is CEO Adam Neumann's 'strategic thought partner'