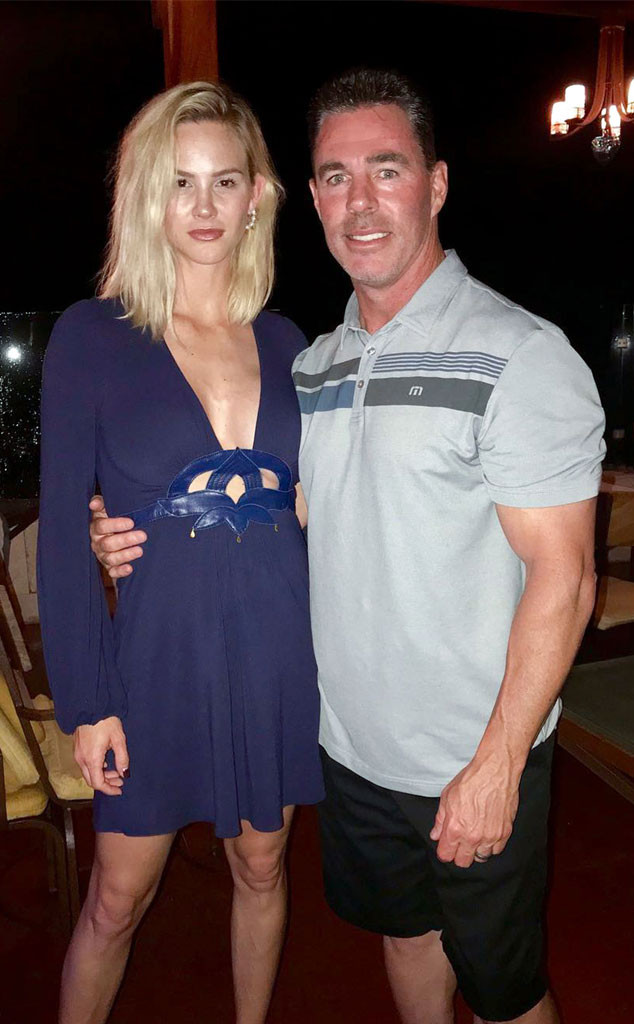 Meghan King Edmonds says she feels sad, abandoned, and lonely and no longer trusts her husband Jim Edmonds after he admitted to exchanging explicit texts with another woman.

The website AllAboutTheTEA.com had reported on Thursday that he allegedly reconnected with a former lover in March 2018, while the former Real Housewives of Orange County star was pregnant with their twin sons Hayes and Hart, their second and third child together, and that Meghan, 34, left her an angry voicemail. The outlet also published what it said were screenshots of sexts between Jim, 48, and the other woman.

He told Us Weekly in a statement that he “regrettably” “had a lapse in judgment” and “engaged in an inappropriate conversation with this person,” but added that there was no “type of relationship or physical contact.” The retired baseball player also said, “Clearly, I made a very poor decision to expose myself and my family to this type of person. For this, I am truly sorry and sought forgiveness from my wife.”

“I found out the same way you guys did, in the tabloids,” Meghan, who is his third wife, wrote on her blog on Friday. “I never left a voicemail for the other woman. I called Jimmy and he confessed to me that he had exchanged lewd photos with this woman over the course of several months and a physical relationship never existed. He paid her off to protect me so I’d never find out.”

“Do I believe him?  I don’t know. Because I don’t trust him anymore. Physical or not, he still had an affair and he admits this to me,” she said, adding, “I refuse to be humiliated by this. Marriage is hard, we’ve been through our ups and downs, I’ve talked about it openly.  A relationship takes two but it doesn’t take two to cheat.”

Meghan said she “did nothing wrong” and didn’t deserve this.

“Why did he self-sabotage?” she wrote. “And who sends nudies? Doesn’t everyone know better than this in 2019?”

The former reality star said she loves her husband but signaled she is struggling to forgive him. She said, “I do not fault any other person except my husband.”

“It’s not fair,” she wrote. “I sob so much my face stings from the salt from my tears. I am exhausted. My poor kids aren’t getting their devoted mother. And it’s only been 36 hours.”

“I feel sad. Oh, do I feel so sad!” she wrote. “I feel abandoned. Lonely. My best friend, my number one person has lied to me. Who is he? Do I even know?”

We all want to scramble out of this house and into the new one! (Some of us are handling our frustrations less gracefully than others… ahem HART) #crosssectionoftheedmonds

In her post, Meghan also revealed that the news comes while she and Jim are worrying that their son Hart might have a neurological disorder.

“Sometimes I leave the house after the kids go to bed so I can drive around and ugly cry in the dark with no one around,” she wrote. “Now I have this to deal with: my one true love betraying me in the most disgusting and public way possible.”

Meghan said that while she is a “victim,” she is “not defined by this, and needs “space to heal.”

“Ultimately, I have hope our marriage can recover,” she wrote.