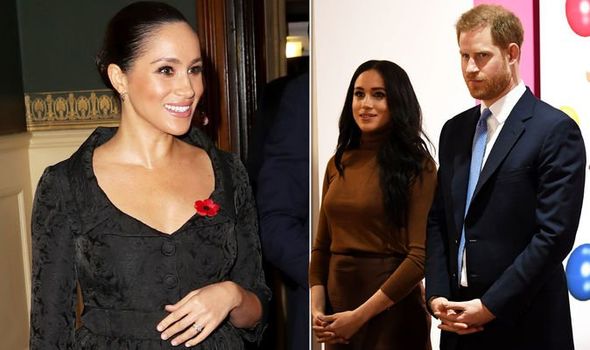 Meghan Markle and Prince Harry set out their plans for the future in a lengthy statement posted to their website, currently still named “Sussexroyal.com”. In it they revealed they would not use the word “royal” in their branding from “Spring 2020”.

Their statement read: “While there is not any jurisdiction by The Monarchy or Cabinet Office over the use of the word ‘Royal’ overseas, The Duke and Duchess of Sussex do not intend to use ‘Sussex Royal’ or any iteration of the word ‘Royal’ in any territory (either within the UK or otherwise) when the transition occurs Spring 2020.”

The couple also stated they would not be starting a “foundation”, but a “new way to effect change and complement the efforts made by so many excellent foundations globally.”

The couple now appears to be referring to their plans as a “non-profit organisation.”

Meghan and Harry also revealed their social media platforms will be changed to reflect whatever new name they choose. 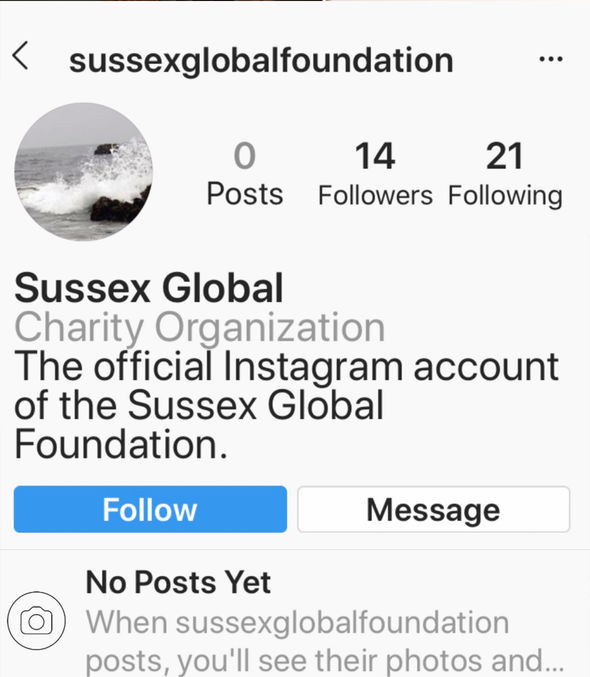 But are there clues the couple is already setting up alternative media with their brand new name?

The website is also acting much like an account run by the Duke and Duchess of Sussex following a number of charities, including The Children’s Society, Barnadro’s, and Well Child.

This comes after Meghan’s close friend Jessica Mulroney registered a website titled sussexglobalcharities.com through her own charity, the Shoebox Project Foundation.

It is likely Harry and Meghan are making arrangements for the new name of their organisation, and may have earmarked accounts to ensure they handles are not already taken.

Meghan Markle’s Instagram account has caused a number of headlines since it was created, for a number of reasons. 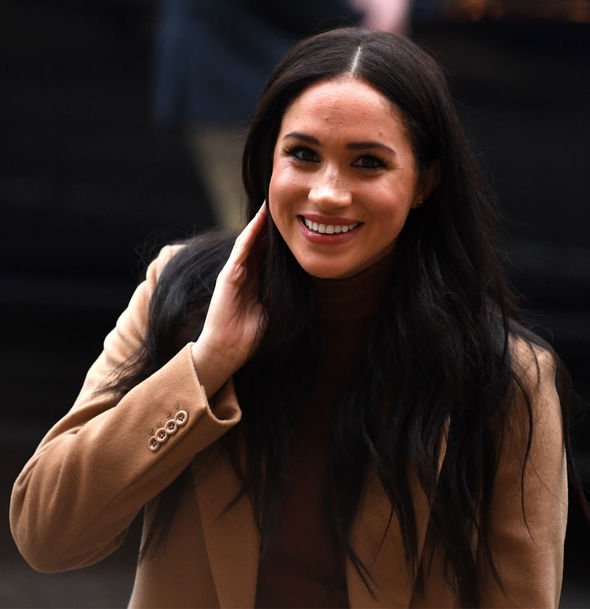 Harry and his wife have made it clear they will be relying on their Instagram account to “openly” communicate with the public.

Their website states: “The Duke and Duchess of Sussex will continue to have a social media platform. They look forward to continuing their use of social media and believe that their updated media approach will enable them to share more, with you, directly.”

Some have claimed the Sussexes are using the account to compete with their counterparts, His Royal Highness Prince William and Her Royal Highness Catherine, Duchess of Cambridge.

In January, Daily Express royal correspondent Richard Palmer remarked on his Twitter: “Wow, what unfortunate timing that once again, just as a senior member of the Royal Family was heralding an important initiative, the Sussex Royal Instagram account kicked into life with some PR pictures at the very same moment.” 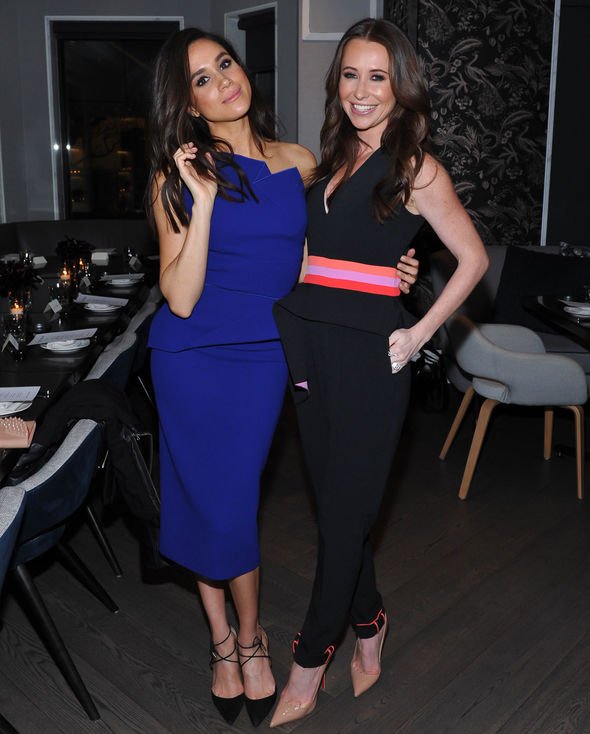 He was referencing the moment the SussexRoyal Instagram account posted some old images from a previous visit to the Mayhew Centre on the same day Kate’s UK tour for her new initiative began.

Other Twitter users were quick to chime in too. One said: “It’s so obvious that every time KP posts something SR also posts too!”

Another said: “Is it unfortunate or deliberate? I think it is the latter.”

An expert has claimed the Queen’s discussion to forbid Harry and Meghan from using the word “royal” in their branding could cost them a large sum in potential earnings.

Sally Britton, a partner at international law firm Mishcon de Reya, told Express.co.uk the couple will have to “be mindful” when rebranding.