Meghan Markle Is a Modern Bride in Givenchy! 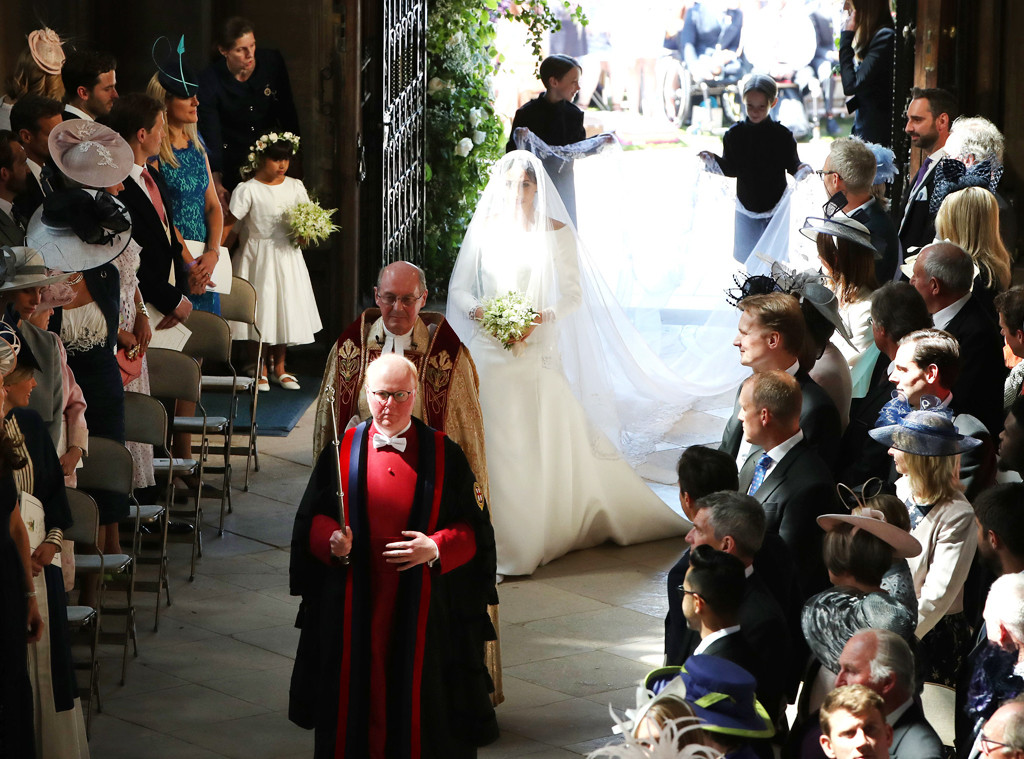 Meghan Markle made her way to St. George’s Chapel at Windsor Castle Saturday afternoon, stunning in a creation by fashion house’s creative director Clare Waight Keller. The bride emerged out of a Rolls-Royce Phantom, which she took with her mother, Doria Ragland, wearing a long-sleeve elegant gown with a shallow boat-neckline. The dress looked pared down, featuring little embellishment. However, the A-line silouhette featured clean lines and was tailored to perfection.

As expected the bride wore a long, white, sheer veil over a beautiful updo, which was topped off with a vintage-looking tiara.

Keller is Givenchy’s first female artistic director, who had previously led design teams at Pringle of Scotland and Chloé. The designer and bride began working on the custom creation earlier this year, with both wanting to reflect a timeless elegance. 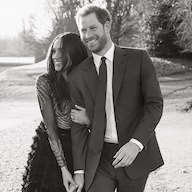 Meghan Markle’s Style Before Dating Prince Harry vs. After

Just a day before, Meghan and mother were photographed entering Cliveden House Hotel, where the mother-daughter duo stayed before the big day. The bride looked sophisticated and chic, wearing a navy blue Roland Mouret draped dress with light gray pumps. The more casual frock was only a hint of what was to come.

In the weeks leading up to the royal wedding, there was wide Internet speculation that the American actress would wear London atelier Ralph & Russo. This particular dress, worth about £100,000, was rumored to feature hand-stitching and heavy beading. However, other designers close to Meghan and the royal family were still in the running. Sarah Burton of Alexander McQueen and Christopher Bailey, formerly of Burberry, were also speculated to have a hand in designing the royal’s dress.

Now we know who the bride chose!

What do you think of Meghan’s wedding dress?