Meghan Markle news: How will birth of baby be announced? Will couple use Instagram?

Meghan Markle, 37, and Prince Harry, 34, are expecting the arrival of their first child in the very near future. Yesterday, Buckingham Palace confirmed that the Duke and Duchess of Sussex had decided that they would keep the plans for the arrival of the new-born out of the public eye. What’s more, the announcement explained that they would share the good news with the world, once they have had time to enjoy the moment privately. So, how will the world get to hear about the birth of baby Sussex?

The statement from Buckingham Palace read: “The Duke and Duchess of Sussex are very grateful for the goodwill they have received from people throughout the United Kingdom and around the world as they prepare to welcome their baby.

“Their Royal Highnesses have taken a personal decision to keep the plans around the arrival of their baby private.

“The Duke and Duchess look forward to sharing the exciting news with everyone else once they have had an opportunity to celebrate privately as a new family.”

It comes amid reports that Meghan may have taken the personal decision to plan to have a home birth.

The Duchess wouldn’t be the first to choose this option, with Queen Elizabeth II also having done so in the past.

The arrival of Prince Charles in 1948 was shared with the world via a radio broadcast, after Buckingham Palace announced the news.

However, with the development of technology, it may be that as well as reports of the arrival being broadcast via news sources, the couple may also take to social media.

This is something Kate, 37, and Prince William, 36, did, posting their happy news of the arrivals of their own children on Twitter.

The pair also followed royal tradition, with a notice being placed on the forecourt of Buckingham Palace.

Last year, a snap of this statement was posted on the Duke and Duchess of Cambridge’s Instagram channel, @KensingtonRoyal.

And, it may be that Prince Harry and Meghan also choose to use a both traditional and more modern channel to share the news. 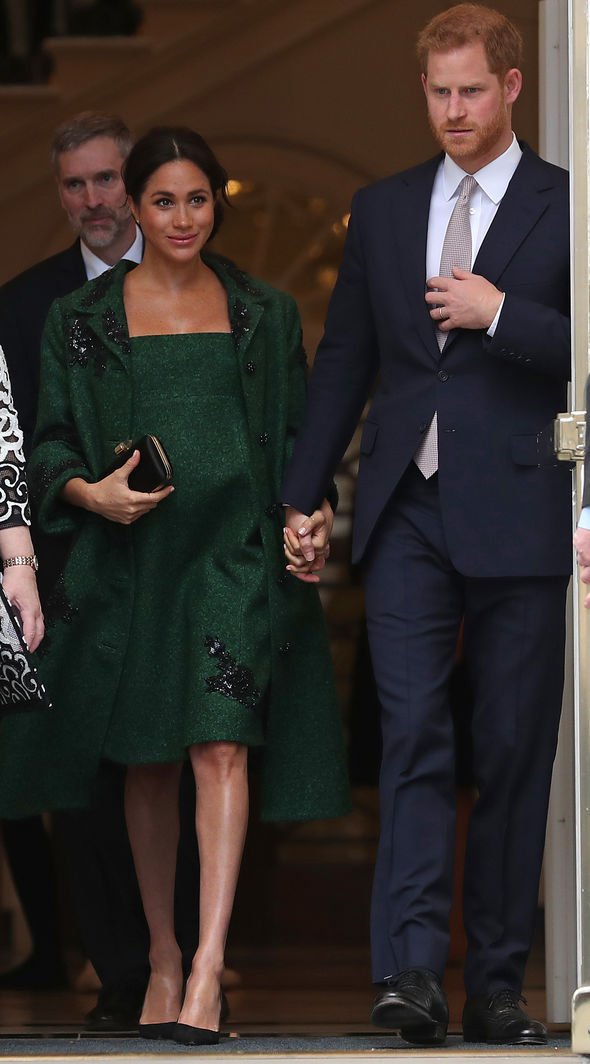 The Duke and Duchess of Sussex recently got their own Instagram channel: @SussexRoyal.

It already boasts 4.5 million followers – meaning it’s likely that the couple will post the announcement on there – as well as via royal communications.

It’s thought that at a later date, the couple and the newborn will be pictured in a family photo.

The body language of Meghan and Prince Harry in pictures posted to Instagram has been analysed.