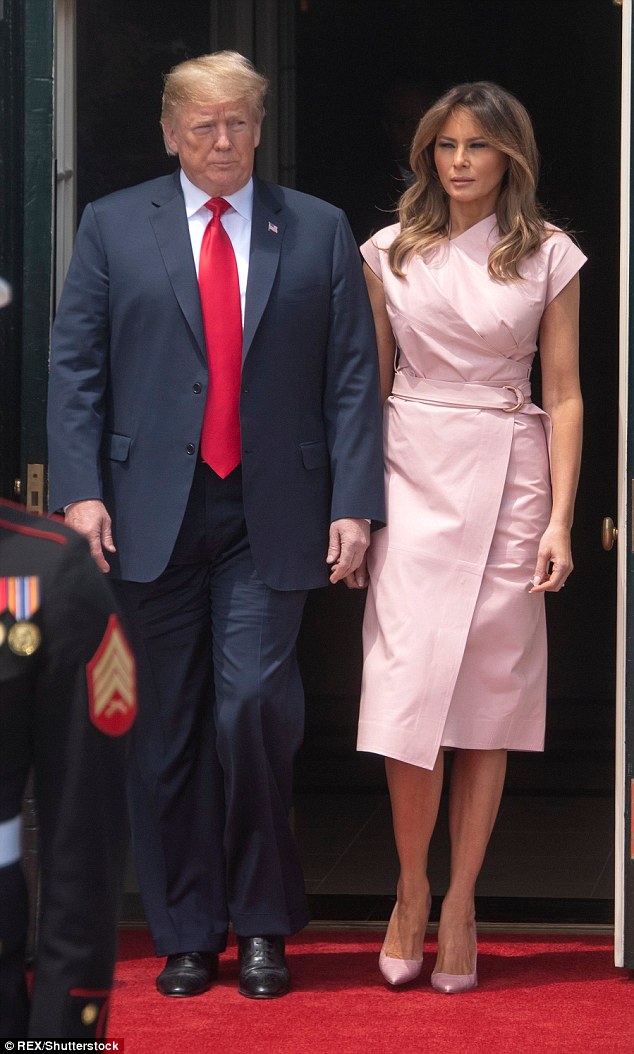 According to fashion experts, wearing pale pink is a way for high profile women married to powerful men to subtly demur to their partner 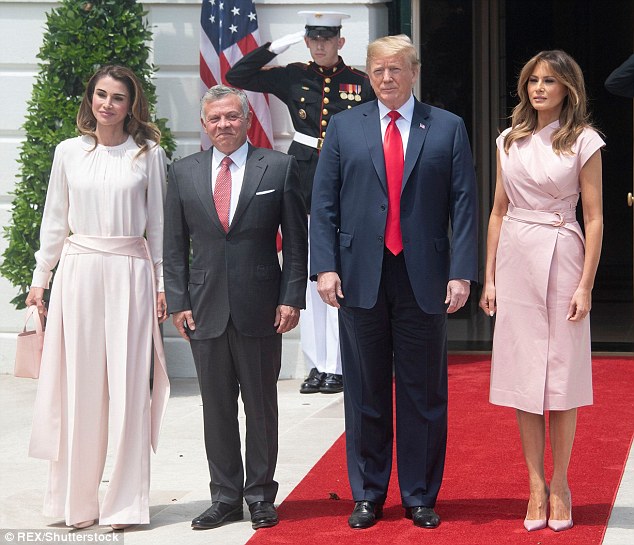 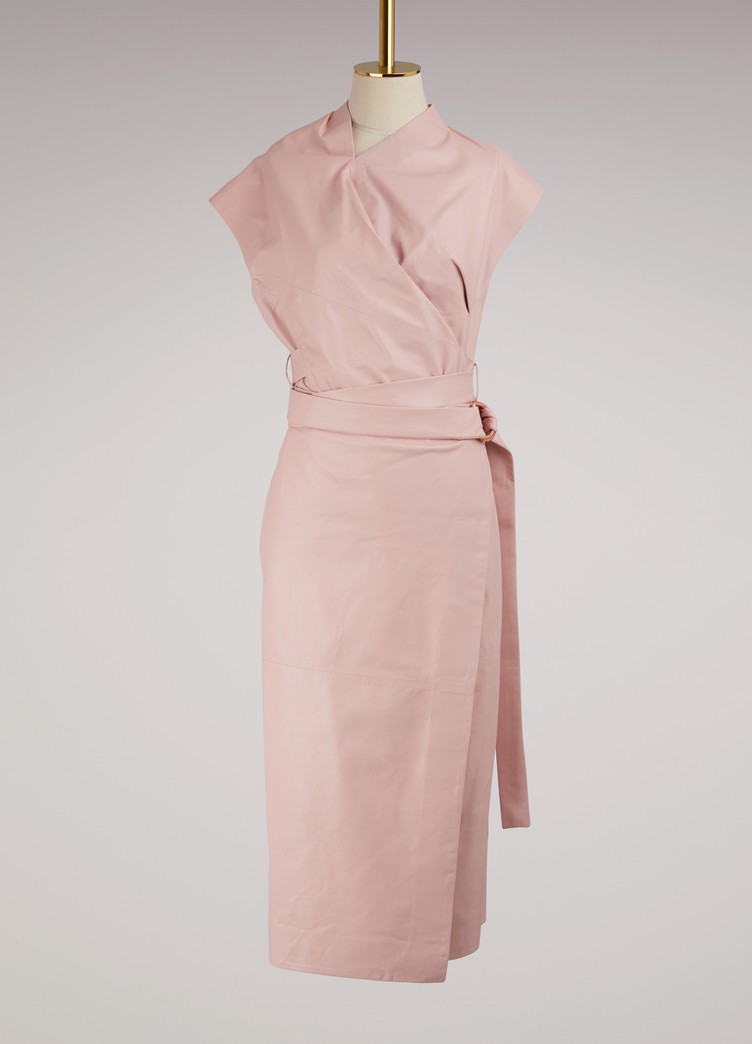 FLOTUS cut a stylish figure as she was photographed welcoming the King and Queen of Jordan at the White House beside President Trump.

Melania's fashion choices are always scrutinized and she rarely strays from her classic silhouettes, neutral tones and figure flattering cuts.

On this occasion she struck a home run with this seriously chic wrap dress from American design duo Proenza Schouler.

Snag this dress (in black also) via the link to the right, it's even on sale!

Should you want to get the look for less we have you covered in the carousel below with picks from Misa Los Angeles, The Fifth Label, and more! Pair with sky high pumps for the ultimate Melania inspired ensemble. 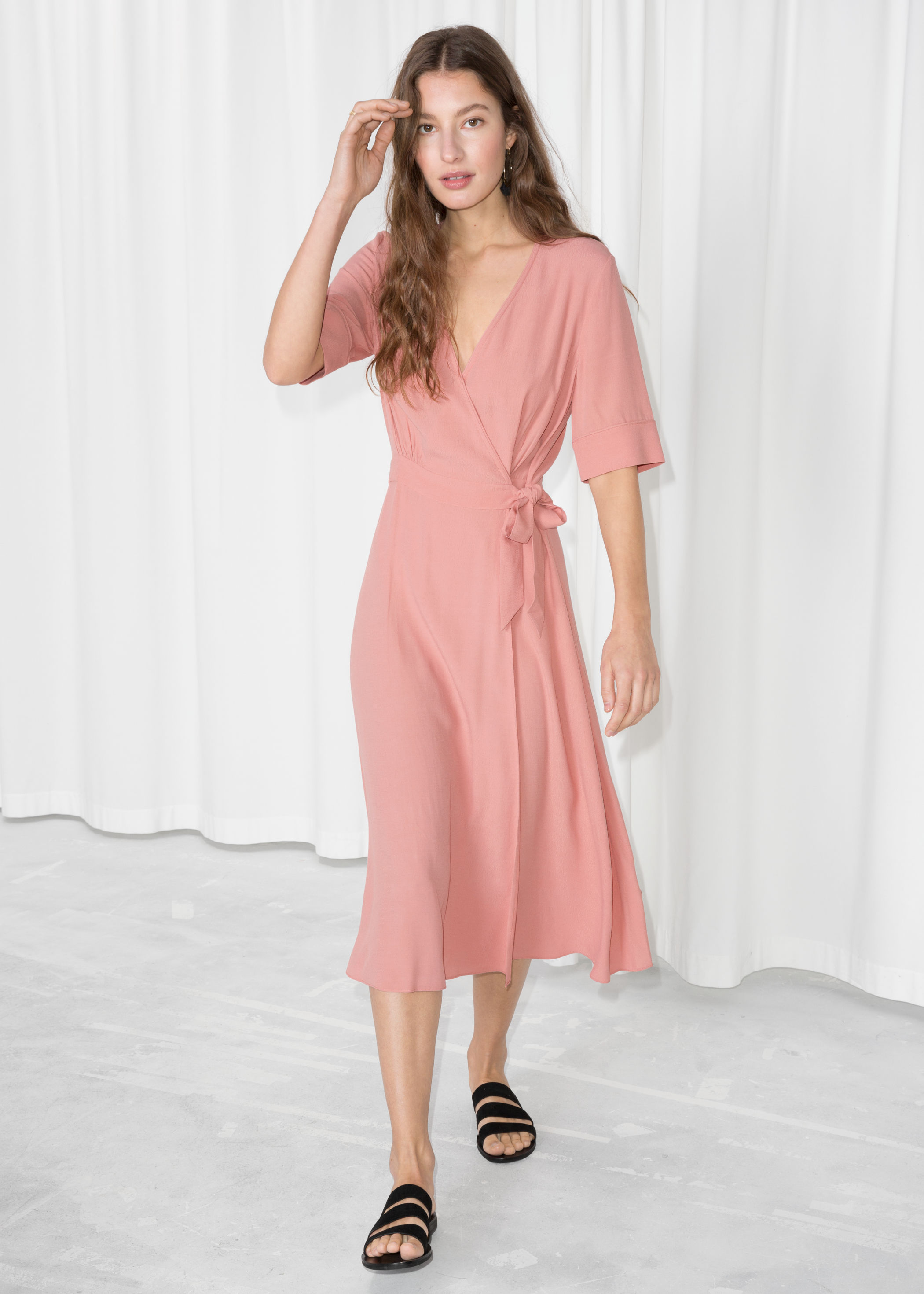 ‘It’s interesting to note the “passenger seat pink” often is worn in times where the male of the partnership is attending an important event or in circumstances where the spotlight needs to be on him.’

That principle was in evidence last week when Queen Rania of Jordan accompanied her husband King Abdullah on an official visit to Washington.

The royals were welcomed to the White House by Donald Trump and the First Lady with both the Queen and First Lady opting for outfits in pale pink shades.

Meghan Markle has been wearing it on repeat since taking on official royal duties as the Duchess of Sussex following her wedding. Queen Letizia of Spain, pictured with her husband King Felipe, is another royal who is fond of the ultra feminine shade 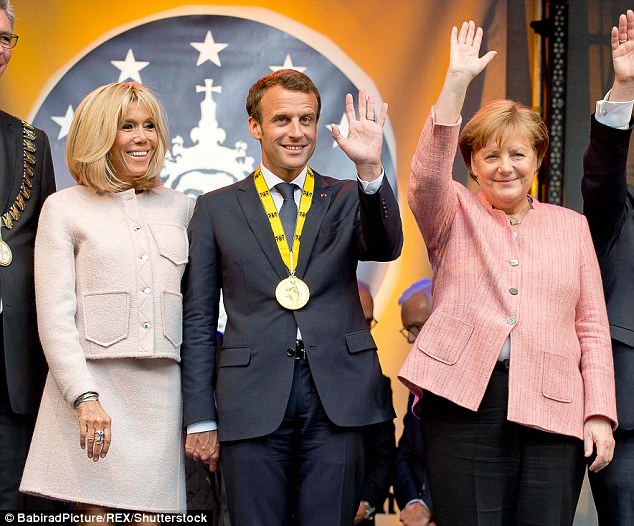 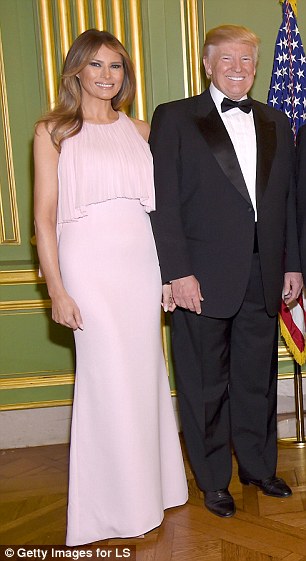 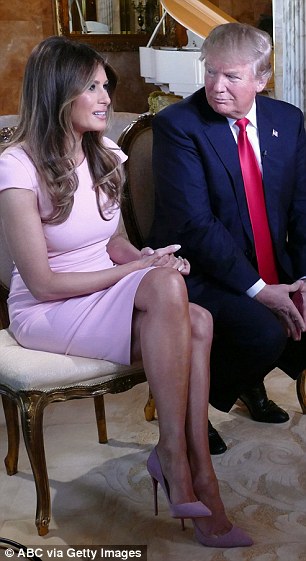 While her pre-marriage engagements uniform was all about black trousers and dark colours her first public appearance after her wedding saw her step out in a pale blush dress for a Buckingham Palace Garden Party.

She chose a blush Carolina Herrera dress for her first Trooping the Colour after returning from honeymoon and was in pink Prada last week for the Queen’s Young Leaders Awards Ceremony last week.

Brigitte Macron, who is married to French president Emmanuel Macron wore the shade for a meeting with the German Prime Minister Angela Merkel in May.

Mrs Macron, who is 24 years her husband’s senior, was once arguably the dominant partner in the relationship, first meeting her husband as a 15-year-old schoolboy. 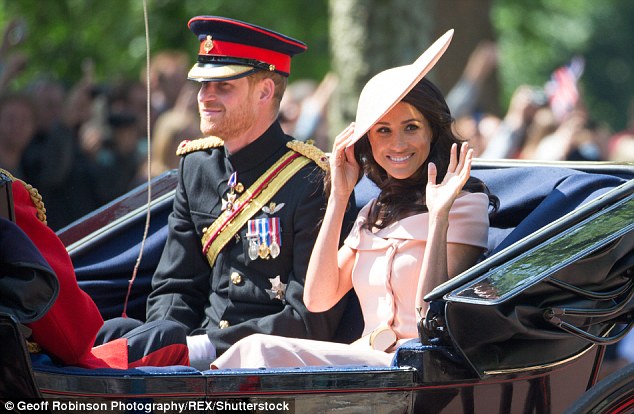 The Duchess of Sussex, 36, chose a pink Carolina Herrera gown for her first Trooping The Colour 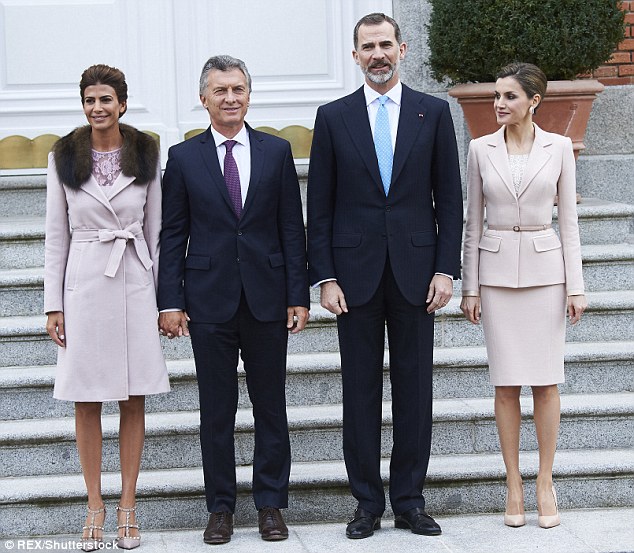