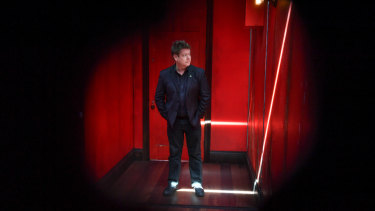 Melbourne International Arts Festival will cease to exist as we know it when the state government merges it with White Night for a new winter festival from next year.

Billed by Creative Industries Minister Martin Foley as Victoria’s “sixth major event” alongside blockbuster sporting attractions, the yet-to-be-named festival follows in the footsteps of Vivid and Dark Mofo, which have revived tourism in Sydney and Hobart respectively during the colder months.

“It’s not like Vivid, it’s not like Dark Mofo, this is clearly a Melbourne festival,” he said.

White Night Melbourne will happen in winter this year before it is absorbed into a new festival in 2020.Credit:Luis Ascui

With the combined budgets of both White Night and MIAF, Mr Orton said the new offering would not only be “bigger than the sum of its parts” but also bigger than other state festivals around the country.

A new artistic director and creative team to helm the event are set to be announced "in the next two to three months", he said, with incumbent MIAF artistic director Jonathan Holloway announcing his final program on July 16.

David Atkins Enterprises, which has run White Night since 2017, also finishes its tenure this year after it delivers ‘White Night Reimagined’ in late August shortly before MIAF in October.

The previously announced, one-off winter version of White Night, which is shaping up to be a taster of the broader 2020 winter festival, replaces the original all-night art party format with three nights of events and a midnight or 2am curfew. The program is yet to be announced but expanded food “events” and major music concerts have been mooted. 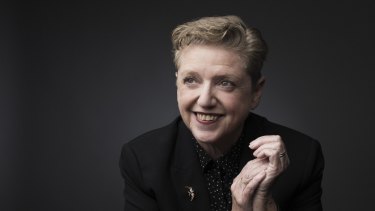 Former MIAF artistic director Robyn Archer is cautiously optimistic about the new plans for the festival.