For almost two decades, the Household, Income and Labour Dynamics in Australia (HILDA) survey has tracked the economic wellbeing, health and family life of Australians.

With more than 17,000 people across 9,500 households (men and women who are either single, partnered but not co-habiting, de facto or married), the longitudinal study provides one of the most comprehensive insights we have into the gendered division of labour in Australian homes. 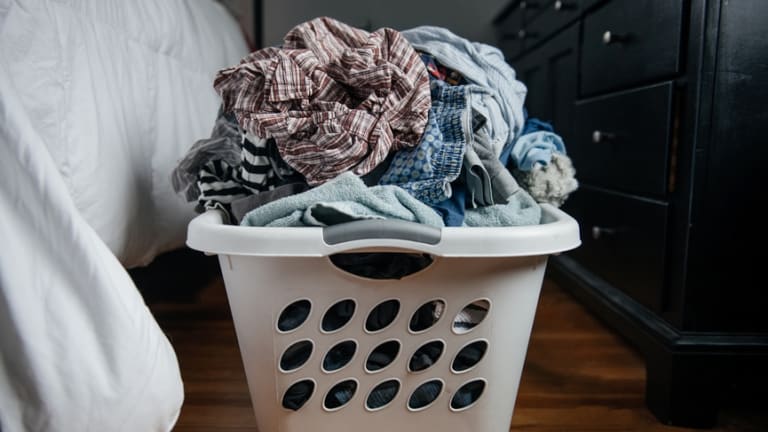 New figures confirm having children is one of the most destabilising things that can happen to the equality in a heterosexual partnership.

Figures for 2018 were released this week, and they confirm something all too many women in this country understand: having children is one of the most destabilising things that can happen to the equality in a heterosexual partnership.

Here are some highlights from the report. Feel free to use these the next time some bozo argues that women are equal (and that if we’re not, it’s because we choose to focus on work that doesn’t financially or spiritually reward us).

1. “The birth of the first child is thus indeed a turning point in couples’ division of labour towards a highly gendered, long-term pattern.”

Women across all demographics still perform the majority of unpaid labour and care work in the home, despite an overall decline in respondents holding what are perceived as "traditional" (read: gendered) values. This is disappointing enough, but HILDA’s data also shows women’s output of both domestic labour and care work significantly increased in the year immediately following the birth of a child.

During this period, women perform 72 per cent of care work and 64 per cent of housework. Now, you might argue some kind of predictability exists here because the demands of a newborn on their mother are specific and intense. Except, as the HILDA report states: “This gender-specialised division of labour is not renegotiated as the first child grows older.”

In fact, as long as ten years after the birth of a first child, women’s share of care still exceeds 65 per cent while they still perform 62 per cent of housework. Newborns might need intense care from their mothers specifically, but the fathers of ten-year-olds can learn how to work the bloody washing machine.

2. “The disproportionate involvement of women in unpaid work arguably limits their labour market availability and career options, and contributes to a persistent gender pay gap.”

Fewer people might express favour for "traditional" gender roles, but their continued existence is having a destructive impact on women’s financial security.

Following birth, women’s share of gainful employment rarely reverts back to what it was. And, again, this isn’t because the demands of children are consistently intense as they age. Ten years after the birth of a first child, women’s share of gainful employment still only amounts to only 30 per cent. That speaks not just to the marginalisation of mothers in the workplace, but also the lack of respect given to the skills learned through parenting and the (structurally enforced) management of a household.

3. Perhaps the problem is heterosexual relationships

HILDA’s report shows that women continue to do more housework than men, even when both individuals are in full-time employment. Where there are no children, women will perform 54.6 per cent of housework, but this increases to a whopping 72.8 per cent when children arrive and men are perceived as the "breadwinners".

Again, this isn’t a matter of sensible division. Because where women are the sole earners, women still do almost half the housework (48.9 per cent) while contributing a roughly equal level of care if there are children. Interestingly, men in these situations (that is to say, men with no paid employment who are supported by their female partners) expressed the least satisfaction of all the demographics with their domestic workload.

In contrast, partnered men in full-time employment (whose domestic workload was minor) expressed the most satisfaction with the division of labour. WHO COULD HAVE PREDICTED IT?

Is it any wonder that HILDA’s latest survey shows men continue to value traditional gender roles at a higher rate than women, regardless of whether or not they are single or partnered and if there are children? Traditional gender roles significantly favour men, providing them with exactly the kind of free domestic labour they need to properly enjoy the greater level of paid employment and advancement opportunities such things shore up for them.

The fact that this continues to be the outlook for women looking to partner with men in Australia is just bullshit.

We don’t want to become mothers to grown men. We don’t want to wash their clothes or pick up after them. Even women who are brainwashed enough to think they value "traditional" gender roles still express the desire that their partners "help" them more.

We deserve an even shot at financial security and security that doesn’t rely on the benevolence of a man to take care of us. A man ain’t a plan.

And the thing is, women can leave relationships now. I’d bet my paltry superannuation account that the cohort of men out there who blame anything from feminism (you're welcome) to the family court for the breakdown of their relationships have never once bothered to ask themselves if their partner left and took the kids because they were just bloody sick of living with an incompetent loser who couldn’t even put his dirty clothes in a hamper let alone wash them himself, but still expected regular blow jobs if she didn’t want him to start looking elsewhere.

Men, step the f— up. These figures should embarrass you.