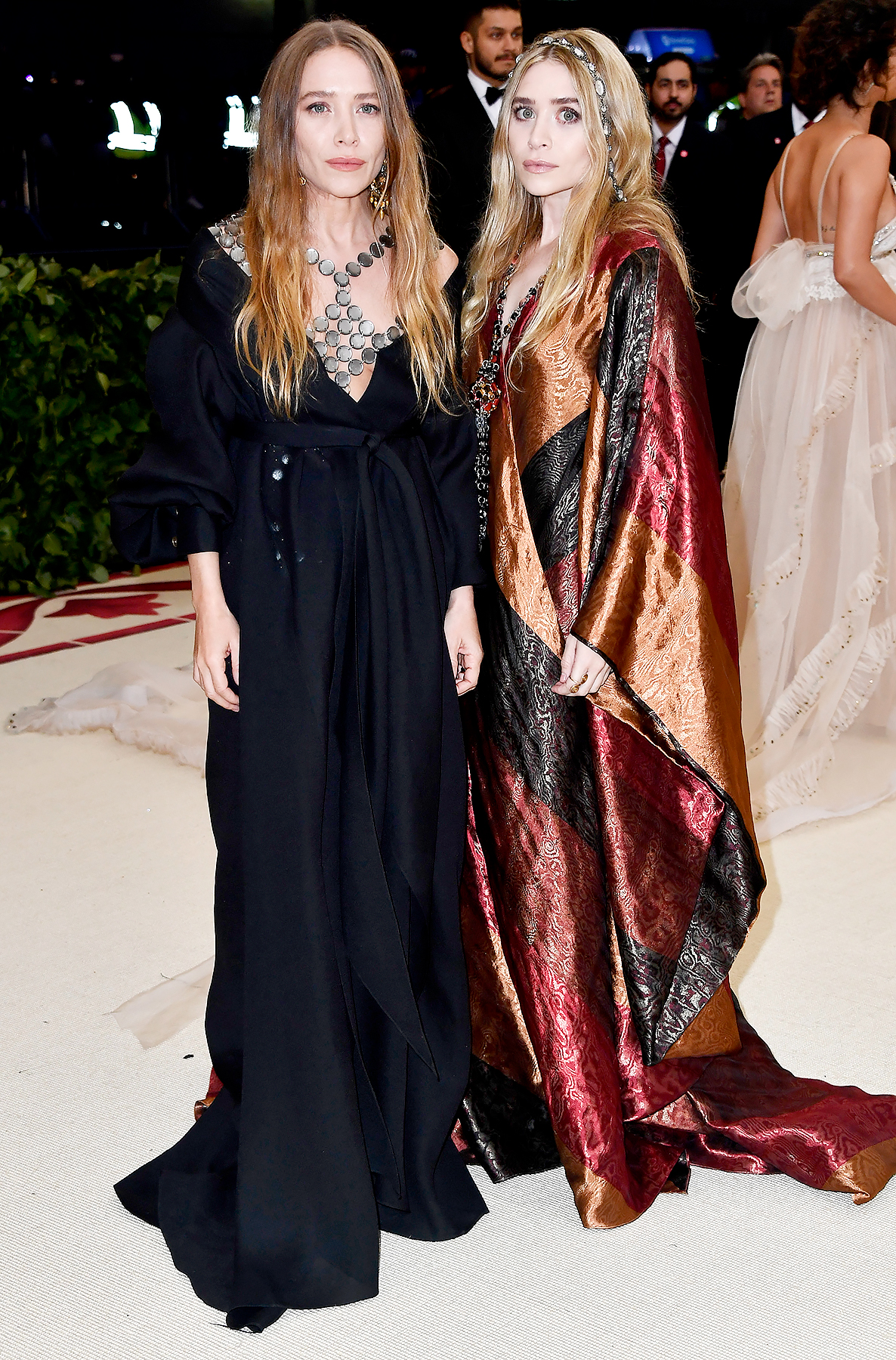 You can always count on Mary-Kate and Ashley Olsen to make a statement together on the red carpet, and these risk-taking twins came to slay at the 2018 Met Gala.

The 31-year-old former child stars, who are now successful fashion designers, attended the Heavenly Bodies: Fashion and the Catholic Imagination-themed event together on Monday, May 7, and wore their trademark boho, oversize look while posing alongside each other.

Mary-Kate donned an all-black, off-the-shoulder ensemble with a low-front cut accented with silver-toned stones, while Ashley opted for a voluminous red, black and bronze gown. Both blonde beauties rocked Stephen Webster jewelry along with their floor-length dresses and simplified things with classic beachy waves.

The sisters attended their first Met Gala in 2005 at the tender age of 17, and though they aren’t often seen out at red carpet events, they’re almost always guaranteed to be in attendance at the star-studded benefit for the Metropolitan Museum of Art’s Costume Institute.

Mary-Kate and Ashley — who retired from acting more than 13 years ago — founded the luxury label The Row and the more contemporary brand, Elizabeth and James. The two were named 2015’s Fashion Innovators of the Year by WSJ Magazine, and remain mostly out of the limelight these days, including staying mum on social media.

Ashley opened up about their choice to live more private lives in an interview with The Edit in March 2017. “We don’t dive into that work,” she told the outlet. “We’ve stayed quite sheltered.”