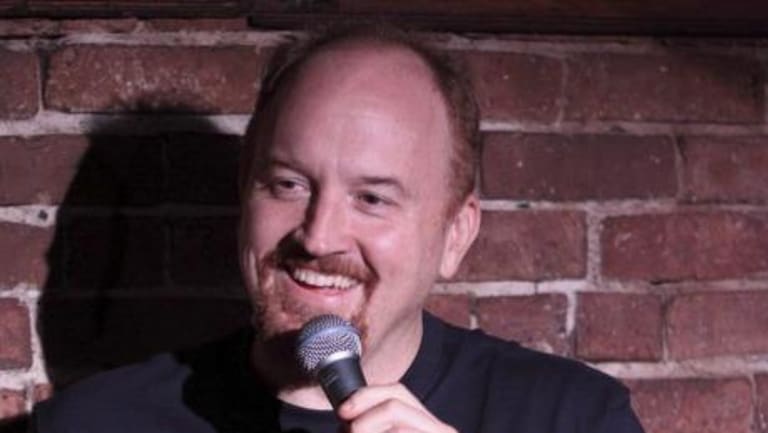 On Thursday, Tina Brown confirmed to reporters that she had been approached to produce a redemption series, in which men outed by the #MeToo movement could attempt to rebuild their reputations.

According to gossip website Page Six, "Tina said she’d just been emailed about co-hosting a new show with Charlie Rose, in which they’d interview Louis C.K., Matt Lauer and others caught up in the #MeToo sexual harassment scandals."

The series proposal was quickly shut down by Brown, who said she wanted nothing to do with it.

Women are often warned against alleging men’s misconduct or abuse because, we are told, the stink of allegations such as these can never be removed once smeared over a man’s good name. Unfortunately, this simply isn’t true.

In a piece published on Women’s Agenda this week, writer Kristine Ziwica warns against the inevitable festival of comeback tours planned by men recently disgraced by revelations from the #MeToo movement. From Louis C.K. to Matt Lauer and even Harvey Weinstein, it appears the wheels are already in motion to smoothly transition these men back into public life. After all, they only have all of human history from which to pick countless other examples of men and their reputations achieving full rehabilitation no matter what their crime.

An article in The Hollywood Reporter recently invited comedy club owners to speculate on not if but when Louis C.K. will be able to return to the stage. In November last year, C.K. was finally forced to admit that long standing rumours of his sexual misconduct were true and that he had indulged in numerous acts of impropriety that included masturbating in front of (female) colleagues without their permission. Louis Faranda, the executive producer at Caroline’s, said he would give C.K. a platform “tomorrow”, but predicts he’ll be back within a year, “making fun of his mistakes”. Comedian Sean Patton has a suggestion for how he can best do this: “He should do an hour special that breaks down why it was wrong and how he’s made amends.”

Isn’t it great to know that years of abuse, denials and coverups can be so easily overturned by a few well chosen words and the willingness of a disgraced person to "heal" publicly?

It depressed me to read C.K. fellow colleagues (most of them men) unconsciously collaborating to restore their friend’s former glory, but it certainly didn’t surprise me. As much as our society might like to claim it opposes men’s violence and misogyny, the reality is that the collective is at best largely indifferent to it and at worst angry that these things can be used to "tarnish" a man’s reputation.

Think of Brendan Fevola. In 2006, Fevola took a non-consensual shower photograph of then-lover Lara Bingle (who was 19 years old at the time) and sent it to his friends and teammates. The existence of the photograph came to light in 2010, where sources said it had spent the previous four years being shared across mobile phones in the football world. If Fevola suffered any damage to his reputation, it was short lived. A rehabilitative sting on Channel Ten’s I’m A Celebrity, Get Me Out Of Here! led to Fevola being employed as a presenter on Fox FM, where his contract has recently been extended for another two years.

Then there’s Boy George, the British import who commands a six figure salary on Australia’s franchise of The Voice. In 2009, the pop star was given a 15 month sentence for “falsely imprisoning a male escort by handcuffing him to a wall and beating him with a metal chain.” The gravity of this crime and its impact on the victim can’t be overstated, yet the career of Boy George continues with, if anything, even greater steam than it enjoyed before his conviction. 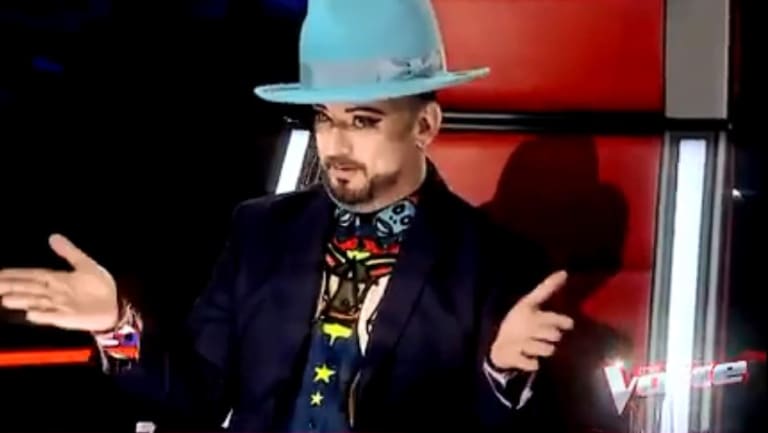 Boy George on The Voice.

When I raise my concerns about the ease with which male celebrities recover from allegations or even convictions for abuse, I’m often met with a strange kind of territorial anger. Is he never allowed to work again?! people ask. How long does he have to suffer for his one mistake?!

Both questions, while easily answered, raise further questions of their own. Firstly, of course men accused or convicted of sexual or physical assault should be allowed to earn a living. But why should that living automatically be in the same financially and socially lucrative fields they worked in before they made the choice exert violence and power over another person? Why should this work include endorsement deals, celebrity platforms and influence? No one deserves these things, especially not people who’ve actively caused harm to others.

Secondly, sexual assault and/or physical violence are not arbitrary "mistakes". They’re choices  that have wide-reaching consequences for their victims. Framing them as simple mistakes is how the behaviour of men in particular is massaged and excused in order to limit any negative impact it has on their lives.

Fame should not be used to insulate men from the consequences of their actions. And men accused of such misconduct shouldn’t be considered absolved of the gravity of their crimes just because they’ve spent a bit of time in the naughty corner.

As a society, we act as if one of the worst things we can do is ostracise men even when they’ve violated another human being. But if we want the legacy of #MeToo and the testimonies of victims of male violence to actually mean something, we have to be firmer in our treatment of the people who’ve inflicted this pain and suffering on them. If we stopped allowing men to get away with anything they like, maybe some of them would stop doing anything they wanted.