Fiery Mexican spirit mezcal has been named among the hottest new drinks of 2018 by Waitrose.

The supermarket declared the the little-known tipple as ‘today’s hip spirit’ in its annual Food & Drink Report, which highlights the biggest emerging trends for 2018-2019.

Produced all over Mexico and made from the agave plant, mezcal is regarded as the ‘parent spirit’ of tequila, and is steadily gaining popularity in the UK thanks to a recent rise in exports. 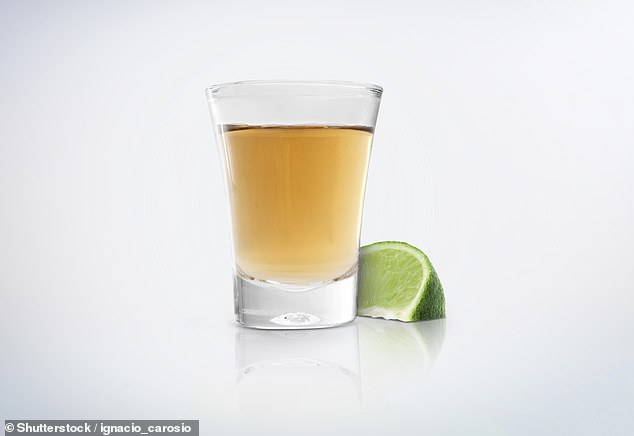 Waitrose has has named mezcal as ‘today’s hip spirit’ in its annual Food & Drink Report, which highlights the biggest emerging trends for 2018-19 (file photo)

Unlike tequila, which is made from the blue agave, mezcal can be made from a variety of agaves and often has a smokier taste owing to the distillation process.

According to the BBC’s From Our Own Correspondent podcast, mezcal has been steadily winning over drinkers ‘in the US, the UK and beyond’ over the past five years.

Also on the list are Greek wine, Harry and Meghan’s wedding champagne, and non-alcoholic mocktails.

According to Waitrose’s tastemakers, shoppers should acquaint themselves with red wine made from the Greek Xinomavro grape.

The plonk, which lends itself to being slightly chilled, is low in tannins, soft, fruity and pairs well with rich food.

Drinkers are also embracing the trend for ‘classy cider’ following the introduction of 75cl bottles and production processes usually reserved for Champagne – such as underground ageing. 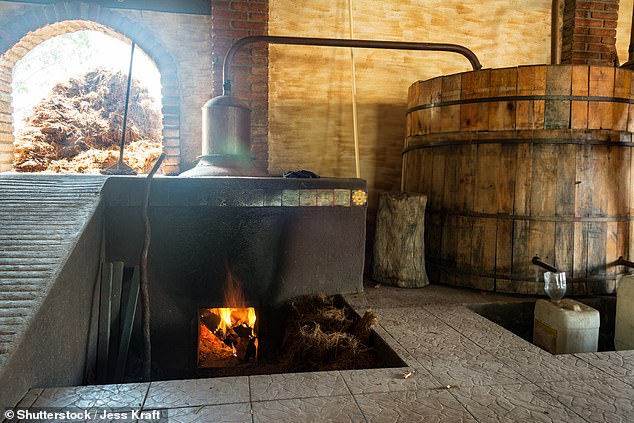 Mezcal is regarded as the ‘parent spirit’ of tequila and comes in several varieties, but is gaining popularity in the UK thanks to a recent rise in exports (pictured: file photo showing the process of mezcal distillation in Oaxaco, Mexico)

While cider’s gone posh, wine has gone somewhat low-brow with the arrival of recyclable cans as a substitute for bottles.

For cocktail buffs, there is ‘next-level personalisation’ in the form of tonic syrup, designed to mix with soda water which allows drinkers to control the flavour of their G&T.

Meanwhile the nation’s favourite spirit continues to thrive, with subtly flavoured gins including honey, pink grapefruit and Seville orange proving popular – along with a citrus sherbet gin from Heston Blumenthal.

Waitrose reveals its hottest drink trends for 2018 to 2019

Half bottles of wine