MICHAEL FALLON: Who’ll sign up to fight for the British Army if they face a knock on the door and investigations 40 years after they have served? 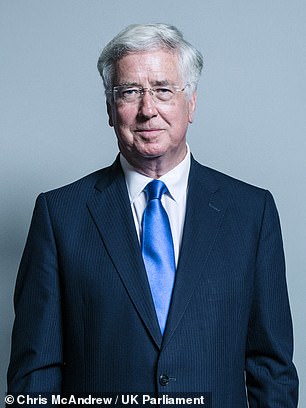 Our brave servicemen and women are not civilians, writes Michael Fallon. They have a duty to the state and must obey the chain of command

Here we go again. Once again it’s our veterans who are in the firing line. The Government – our government – is planning to set up a whole new process to investigate historical allegations against our troops in Northern Ireland.

Over quarter-of-a-million British soldiers served in the Province at some point during 30 years of the Troubles – any one of them could now get a knock on the door.

They could be arrested, flown to Belfast and charged, all on the basis that they may have committed some offence, 30 – even 40 – years ago.

They will now live in fear, even those who have been previously investigated and assured that they had no case to answer.

Republican terrorists, on the other hand, have no such fear.

Many of them already possess ‘On the Run’ letters from Tony Blair’s time, protecting them from future charges.

Even those who don’t have a letter know that, thanks to his concessions, the maximum sentence they can face is two years.

But their crimes – appalling atrocities in which innocent civilians, Catholics and Protestants alike, were blown up or maimed for life – are very unlikely to come to court at all.

The Provisional IRA did not keep records – and who would testify against them? No, it’s our soldiers that this new government machinery is proposed to catch. And it’s our veterans – men in their 60s and 70s – who now face the possibility of spending the rest of their lives, not just two years, behind bars. How can that be either just or reasonable?

We’ve been here before. In Iraq, hundreds of false accusations were being made against our troops, funnelled through unscrupulous lawyers, until as Defence Secretary I closed down that historical investigations team. 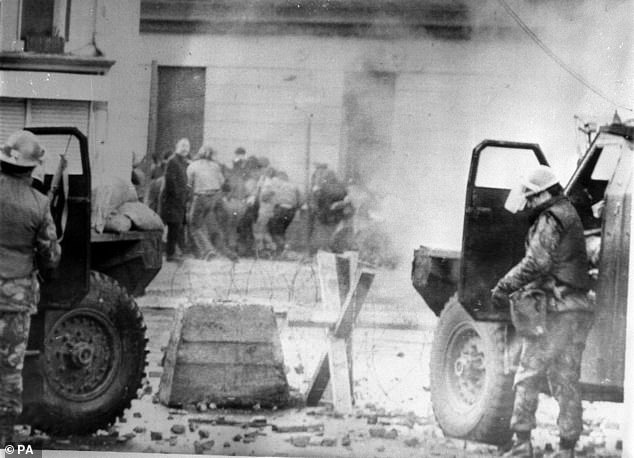 Soldiers take cover behind their sandbagged armoured cars while dispersing rioters with CS gas in Londonderry, where an illegal civil rights march culminated in a clash between troops and demonstators on Bloody Sunday January 30, 1972

I cut back a similar inquiry into our forces’ work in Afghanistan. Now ministers want to set up yet another inquiry. They want to spend millions of pounds and five years investigating nearly 2,000 cases going back to the early 1970s.

We should remember that there’s no moral equivalence between soldier and terrorist. Our brave servicemen and women are not civilians. They have a duty to the state and must obey the chain of command.

We order them to put themselves in harm’s way, to prevent terrorism and protect the innocent.

They should not, years later, be treated as footballs for today’s politicians.

Nobody, by the way, is arguing that our soldiers should be above the law. Under the Armed Forces Act, they aren’t above it and never were above it. If there is compelling new evidence that the rules of engagement have been broken – and if indeed it is admissible after this length of time – then it should be looked at. 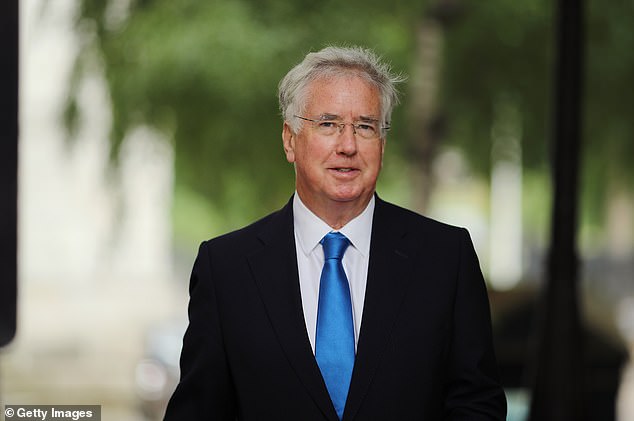 Mr Fallon told the Daily Mail that former soldier ‘should not, years later, be treated as footballs for today’s politicians’. Sir Michael Fallon was Secretary of State for Defence from 2014 to 2017

But we should always remember that those who, with their families, now face such a worrying wait were ordinary soldiers following the orders of their superiors in a situation where the enemy in plain clothing mingled with civilians. Pandering to today’s politicians with yet another historical inquiry isn’t just unfair – it’s deeply damaging to the morale of those who serve today.

All three of the Army’s major campaigns in the past 50 years have now been put at the mercy of these so-called rights campaigners. Who would today enlist, do their very best to serve our country, and then fear a knock on the door 30 or 40 years later?

What platoon commander or junior officer will take the risks we want him to take to protect life if he knows that years later some well-fed barrister, paid from taxpayer funds no less, is going to publicly question his actions and motives?

It’s surely time to draw a line. Should we really be going so far back into history?

The terrorist who bombed me and killed others in Brighton’s Grand Hotel 35 years ago is today walking freely.

I wouldn’t mind that so much if I also knew that no further British troops will face this dreadful inquisition.

Other military powers, such as France and the United States, do not allow their veterans to be hounded like this.

Sir Michael Fallon was Secretary of State for Defence from 2014 to 2017.