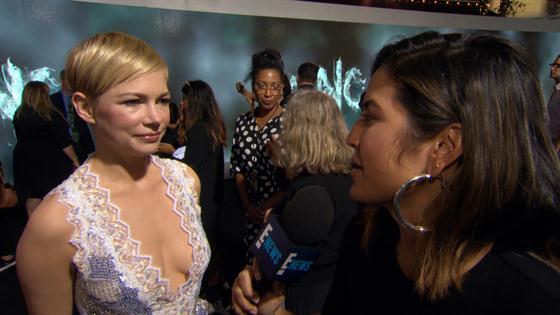 Michelle Williams shined on the red carpet last night at the world premiere of Venom.

Wearing a custom Louis Vuitton look, the four-time Oscar nominee spoke to E! News’ Erin Lim about what the best part of signing on for a comic book film is. “Look, it’s fun. It’s like Johnson & Johnson’s No More Tears,” Williams said with a smile. “There’s no crying on a superhero set!”

Williams, who’s done her fair share of crying onscreen in raw dramas like Brokeback Mountain and Manchester by the Sea, portrays Anne Weying, a district attorney. Anne’s romance with investigative reporter Eddie Brock (Tom Hardy) is put to the test when his obsession with exposing Life Foundation’s Carlton Drake (Riz Ahmed) becomes too much to bear—and it worsens when an alien symbiote binds itself to Eddie’s body, giving him superhuman abilities. 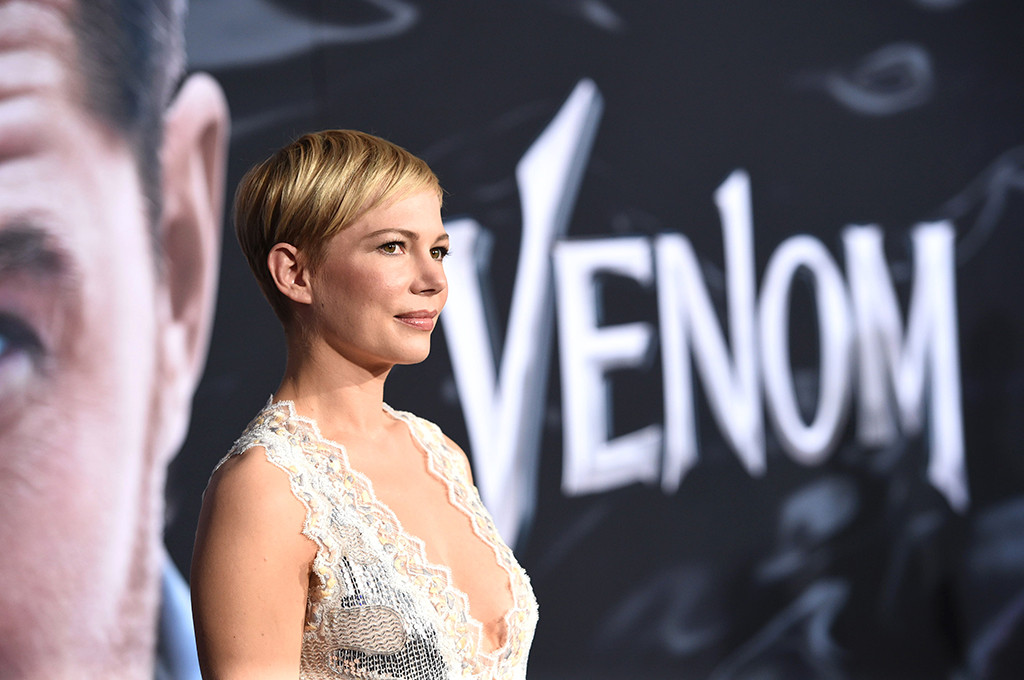 Sharing the screen with Hardy was “a lot of fun,” Williams recalled, noting that her co-star is “such a talented actor” and full of truth. “And so, whatever you’re doing, he grounds it in that.” But unlike Ahmed or Hardy, Williams said her role didn’t require as much physical preparation. “They didn’t ask me to do any big stunts,” she told E! News. “I don’t know why, but they didn’t.”

Williams had yet to see Venom by the time she hit the red carpet, so she had “no idea” how scary the final cut might be. Either way, she had already decided she won’t be taking her 12-year-old daughter, Matilda Ledger, to see the blockbuster when it premieres nationwide this weekend. “However scary it is,” the 38-year-old actress said, “it’s going to be too scary for her.”

For more from Williams—including what life as a newlywed is like—watch the video now.