He follows in the footsteps of his royal relatives such as Princess Eugenie who have personal Instagram accounts, which the public can follow.

The retired English rugby player, 40, also posed with Cold Feet actor James Nesbitt, 54, in one of his posts since first opening the account in September.

So far, the father-of-two has racked up a relatively modest 801 followers 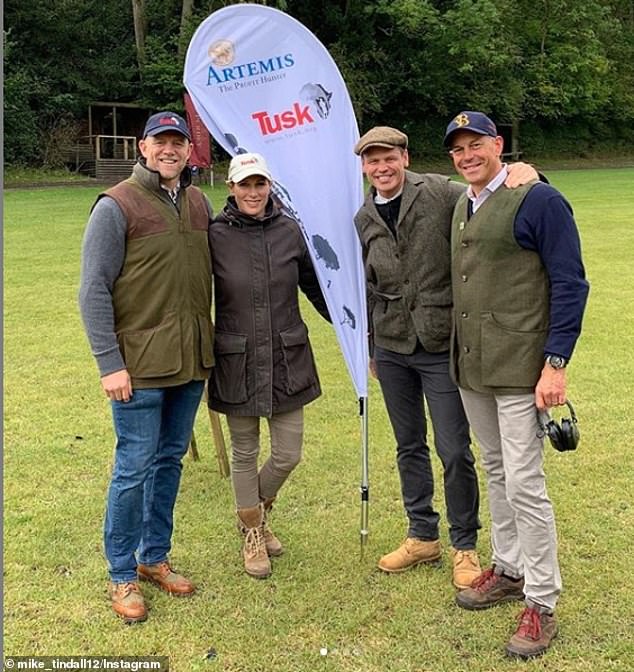 Mike Tindall is captured standing with his arm affectionately wrapped around his wife Zara as the pair attend a recent Land Rover charity event. The former ruby player shared the image on his recently created Instagram account 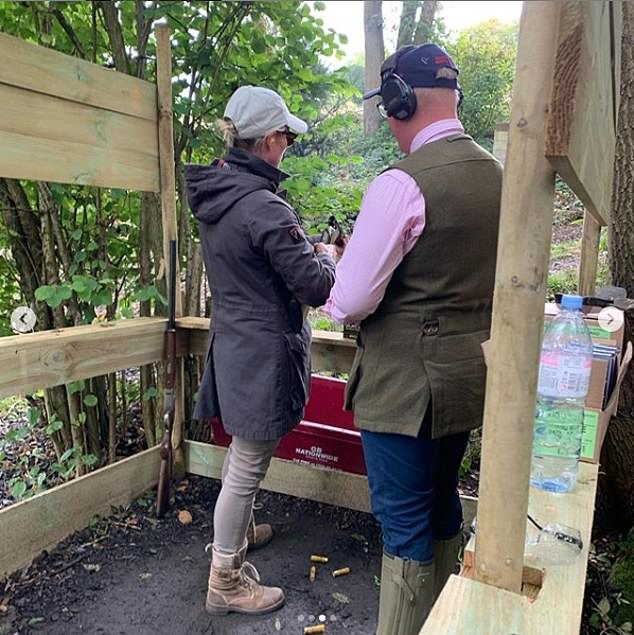 In another snap, Mike could be seen posing with an arm affectionately wrapped around Zara, his wife of eight years, as the pair attended a recent Land Rover charity event.

The occasion saw them take part in a day of clay shooting to raise money for wildlife conservation charity Tusk at Royal Berkshire Shooting School.

A second photograph shared by the father-of-two showed equestrian Zara practising her aim alongside an instructor.

Mike captioned the never-before-seen pictures: ‘Great day clay shooting for @tusk_org supported by @landrover_uk. Finished up 3rd but it was a lot of fun!!’

And it appears that followers will also get a glimpse of the famous faces the couple mix with. 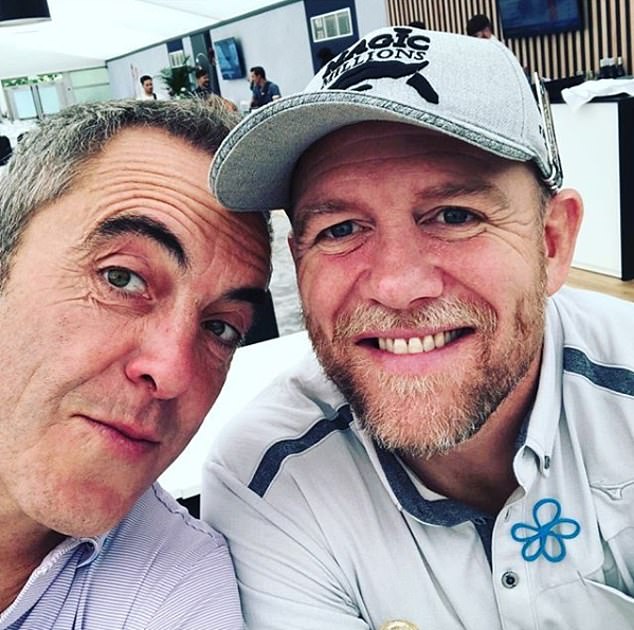 Last month, Mike posted a beaming selfie of himself with The Hobbit actor James Nesbitt to his social media platform

Last month, Mike posted a beaming selfie of himself with The Hobbit actor James Nesbitt to his social media platform.

‘Always good to catch up with this little beauty!! Not great playing ahead of him though!! Dangerous,’ he wrote alongside the image, following a game of golf.

The former rugby star is following more than 100 people on his Instagram currently, including celebrities such as presenting duo Ant and Dec.

Mike also follows former Westlife singer Brian McFadden, who he most recently met at the Celebrity Cup tournament in July.

Mike and Zara, who wed in July 2011, live with their two children Mia, and Lena, at Gatcombe Park, the Gloucester estate where Princess Anne also lives.