Banking executives will face fines of up to $1.1 million for failing to take reasonable steps to prevent systemic misconduct, in a significant strengthening of the laws introduced in the wake of the Hayne royal commission.

The amendments require senior bank, insurance and superfund executives to ensure their institution’s culture and practices do not lead to failures such as those uncovered by the commission, such as charging dead customers fees. 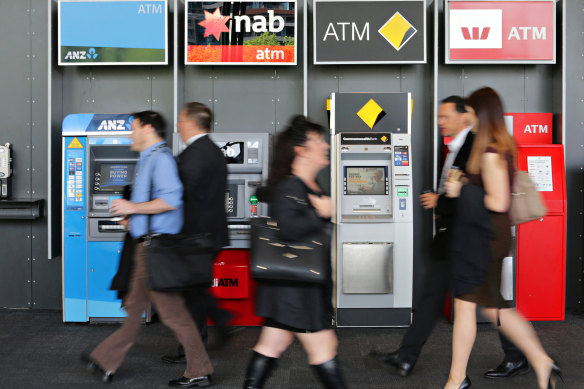 The Greens won government support for the changes, which will be added to the legislation before parliament ends next week. The party’s financial justice spokesman Nick McKim said the legislation already included fines for institutions, but did not include fines for the executives responsible for running them.

“This will send a very clear message to bank executives that if they rip off their customers, they will pay,” he said. “We think that ultimately that’s going to lead to a significant improvement in culture, and the processes and frameworks that are in place within banks to make sure that customers are not being ripped off.”

Under the changes, the existing Banking Executive Accountability Regime will be extended to all large financial service providers including insurers and superfunds, as well as banks.

Andy Schmulow, senior lecturer at the School of Law at the University of Wollongong, said the provisions were not about holding management accountable for everything that happened within an organisation, or for each transaction.

“This is where you knew that something was going wrong and you didn’t take reasonable steps to fix it,” he said.

“There has been plenty of evidence that came out before the royal commission that there were times when executives and directors knew there was something wrong, and they didn’t do anything about it.”

In the royal commission’s final report, Commissioner Ken Hayne called out banks for their greed after uncovering issues from the systemic use of fraudulent documents to sign up home loans, bonuses for financial performance that incentivised putting profit over customers and widespread problems within the financial planning sector.

In the wash up, NAB was fined for charging fees for no services, and Westpac was fined $113 million for failures including charging dead clients for financial services. The chief executives of both institutions subsequently resigned.

McKim said chief executives will have to take proactive steps to make sure customers are not being ripped off, or they will face personal consequences.

“If they fail to do that, they will be liable for those fines.”