A southeastern Missouri preacher went on leave from his church and is seeking professional counseling after giving a sermon that chastised married women who “let themselves go” and held up former first lady Melania Trump as the pinnacle of feminine beauty. A video widely circulated on social media shows Pastor Stewart-Allen Clark’s sermon before the 1st General Baptist Church in Malden in the state’s bootheel. The sermon was roundly panned as sexist and counter to Christian teachings. 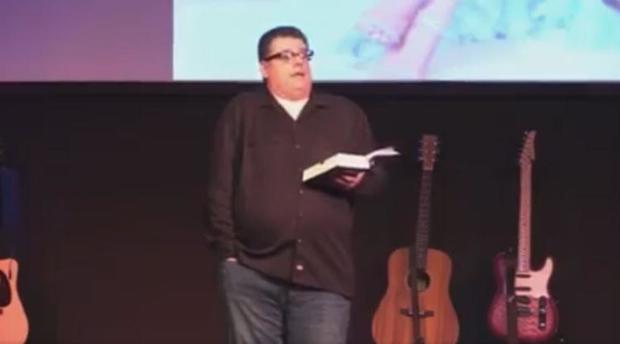 In the video, Clark berated wives who gained weight after marriage and admonished that they should look good for their husbands, adding, “it’s important that he thinks you’re hot!

“I’m not saying every woman can be the epic – the epic – trophy wife of all time like Melania Trump,” Clark said, as a photo of the former first lady appeared behind him on a screen. “Most women can’t be trophy wives, but you know … maybe you’re a participation trophy.”

CBS affiliate KMOV-TV reports the original video was deleted from the church’s website, but a woman who was watching the sermon that day managed to post the video to Facebook.

“Men have a need for their women to look like women. Sweatpants don’t cut it all the time. Wearing flip flops and pajamas to Walmart – that ain’t going to work. Ain’t nothing attractive about that. It’ ain’t,” Clark said in his sermon. “And men want their wives to look good at home and in public, can I get an Amen!”

The church’s website said Clark began his leave on March 2 and is seeking professional counseling.

A statement from the General Baptist Council of Associations, with which Clark’s church is affiliated, also condemned Clark’s sermon.

“General Baptists believe that every woman was created in the image of God, and they should be valued for that reason,” the statement said.