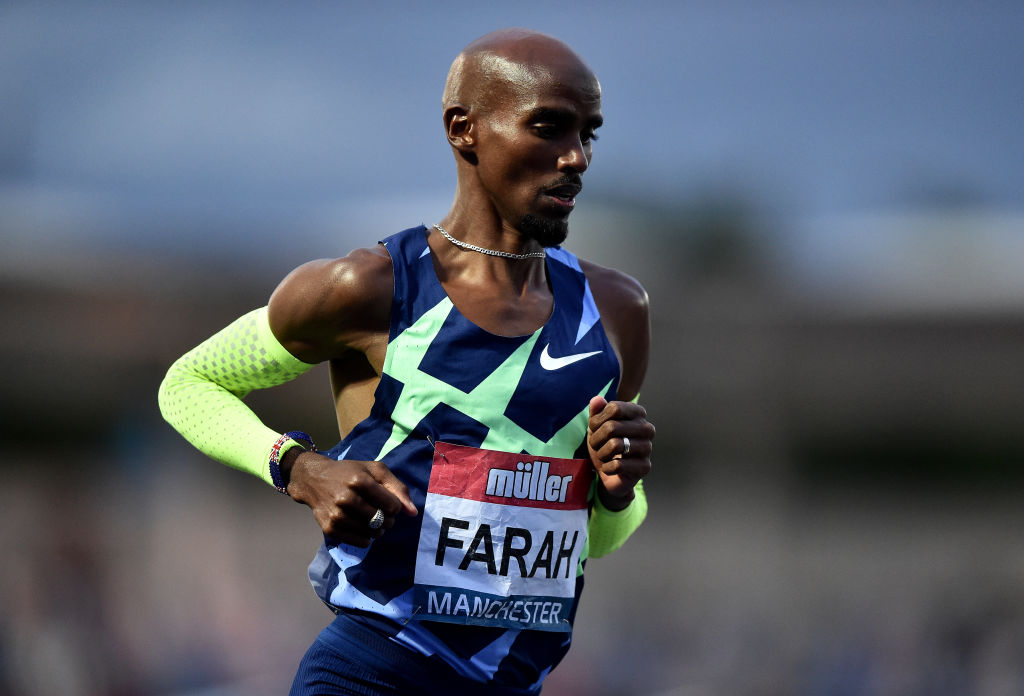 Mo Farah has failed in his last-gasp attempt to reach the Olympics and will not defend his 10,000m title.

The four-time champion missed the qualifying time in an invitational 10,000m at the British Athletics Championships to suffer a devastating blow in Manchester.

Farah needed to go under 27 minutes 28 seconds at Manchester Regional Arena to book his place on the plane to Tokyo ahead of Sunday night’s deadline.

Thank you for everyone who has come out, I don’t know what to say,’ he said afterwards.

‘I knew nine laps out I was going to be over, still it’s amazing to have a crowd.
That’s all you can do as a human being, give it your all.

‘I’ve had a wonderful career, I’m lucky enough to have had that long career I’ve had and I’m very grateful.

‘Now, that’s all I had. It’s a tough one, but I’ve always said if I can’t compete with the best I’m not just going to go there to finish in a final I want to go to compete and tonight shows it’s not good enough.’