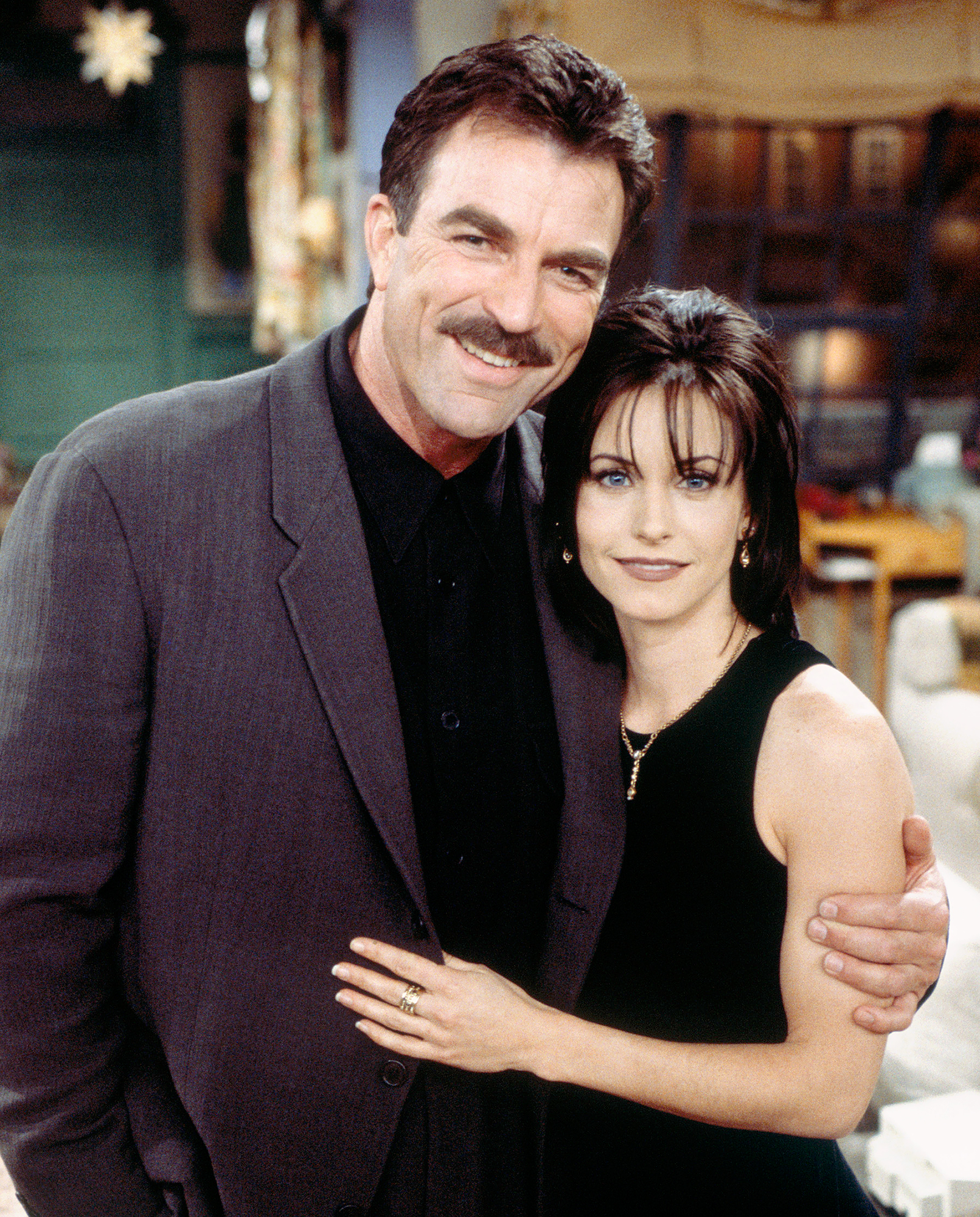 Richard Burke and Monica Geller will be friends forever! Tom Selleck and Courteney Cox had an unexpected reunion while at a restaurant on Tuesday, December 18. Comedian Claudia Oshry (best known as “Girl With No Job”) tweeted a video of Cox, 54, sitting at the bar when the Blue Bloods star, 73, approaches her. The two embrace in a happy hug and she appears shocked to see him.

“Spotted in NY: Dr. Richard Burke and Monica Geller saying hi to one another,” Oshry captioned the video. “Shook. What will Chandler say?”

Selleck appeared on 10 episodes of Friends between season 2 and season 10, playing Dr. Richard Burke. His character was in a serious relationship with Cox’s Monica, but the two parted ways when he revealed he didn’t want to have children again. He returned to try to win Monica back right before Chandler (Matthew Perry) proposed.

“With Courteney and Tom Selleck, if I’m not mistaken, there was no sense [at first] that was going to become a relationship with a capital ‘R,’” Silveri told Vulture at the time. “They went into that, and it was going to be one episode, two tops. And then they had such good chemistry, the producers and the writers at the time decided to explore it a little more.”

The writers felt the same about Monica and Chandler, who ultimately got married and adopted twins, playing their relationship by ear. “There were plans, but there was no [final] decision. It was always, ‘We’re gonna see how it feels … We’re gonna see how it plays to the audience,’ and then go forward from there. It was sound producing on their part,” he said.

All 10 seasons of Friends are streaming on Netflix.