PREMIUM Bond prizes worth over £63MILLION are yet to be claimed by winners across the UK – and you could be one of the lucky ones.

There are still five prizes worth £100,000 each where no winner has come forward, as well as lots of other smaller amounts awaiting collection. 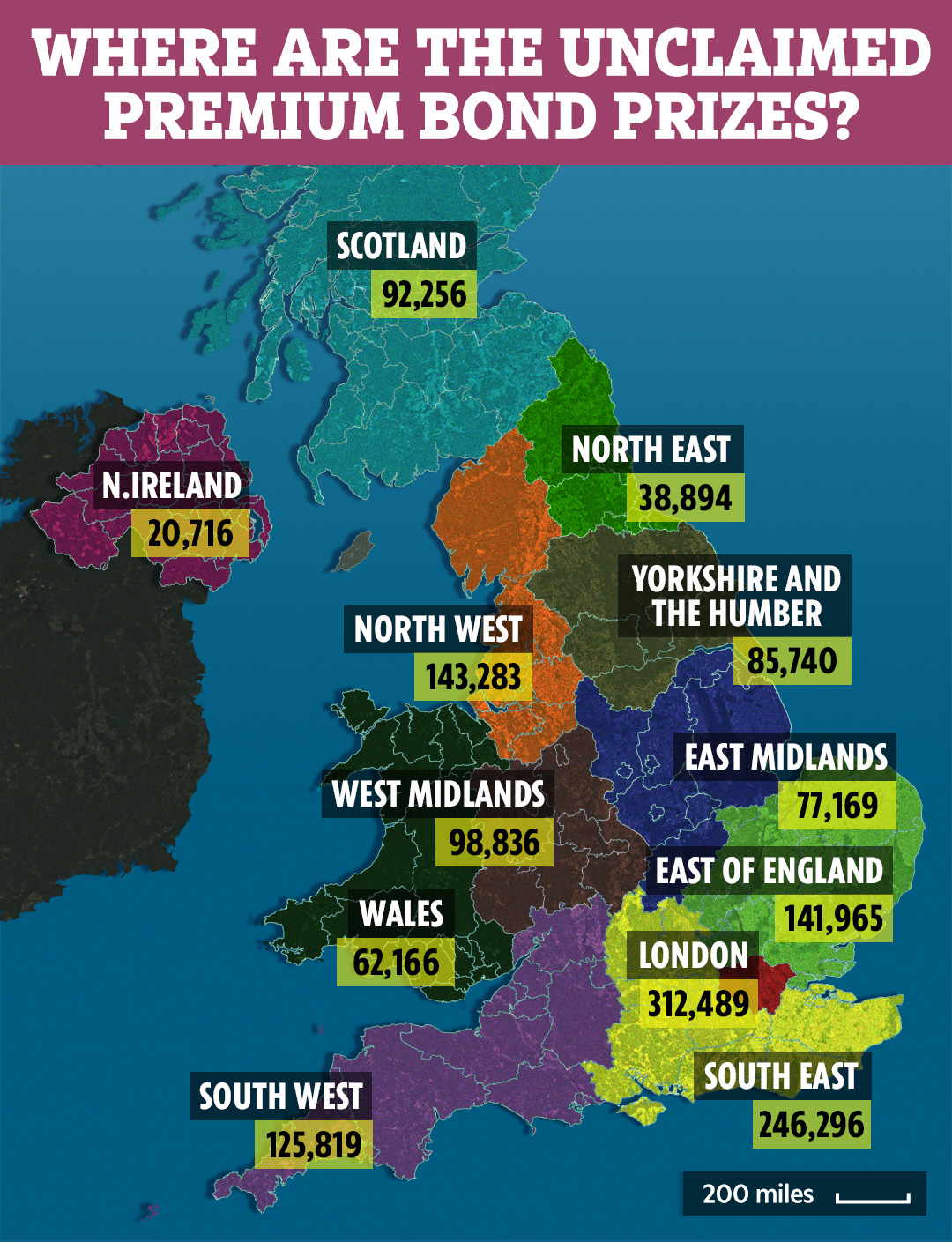 NS&I, which runs Premium Bonds, says it contacts every winner, but sometimes prizes go unclaimed when letters get lost in the post or contact details are not up to date.

As of this month, NS&I says there were more than 1.6 million unclaimed prizes, worth a total of £63 million.

An unclaimed prize is defined as one that hasn't been claimed within 18 months of being won.

These missing prizes could have been won at any point over the past 62 years since the scheme began back in June 1957.

How to check if you've won

If you think you might have an unclaimed prize, the best way to check depends on what info you have about your Premium Bond account – you'll have been given both a Premium Bond holder's number and an NS&amp;I number.

If you live in London or the south east of England, you could be owed one of almost 559,000 unclaimed prizes, while in Scotland there are more than 92,000 unclaimed.

There are also another 201,914 prizes waiting to be claimed by people who are either living overseas or whose locations are unknown due to a lack of NS&I data.

There's no time limit to claims, so you can go back as far as you like.

Instead, the bonds you invest in are entered into a monthly prize draw where you can win anything between £25 and £1million.

Earlier this month, NS&I announced that two people – a man from Hertfordshire and a woman from Cheshire West and Chester – had won the top prize of £1million.

If you're after other ways to save yourself, here are four alternatives to Premium Bonds – we reveal how to win big on your savings.