The mince pies are packed with cherry mincemeat in a chocolate pastry case and topped with a chocolate chip crumble – meaning they're quite far from your usual mince pies. 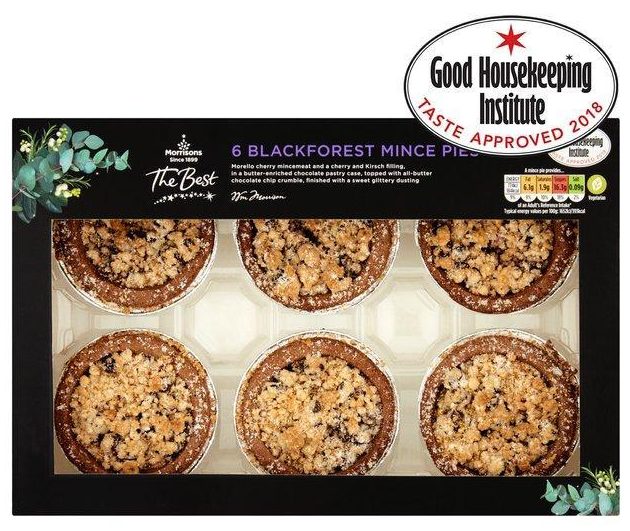 Each pie contains 184 calories, so it's best to share the six pies in a pack with your loved ones – although we wouldn't judge you if you gobble up more than one in one go.

Packs of the mince pies are available in Morrisons stores and online for £2.

In comparison, Tesco is selling a six-pack of traditional mince pies for £1 – or if you pick up two, you only need to pay £1.50.

Asda is the cheapest supermarket around when it comes to traditional mince pies, charging just 89p for six pies.

If you aren't a fan of traditional Christmas flavours, you'll be happy to hear that Morrisons' mince pies aren't the only unusual flavours to hit the store shelves recently.

Meanwhile both Lidl and Iceland have launched mince pie ice cream just in time for the festive season.

If you're looking for an even more bizarre product to spread on your toast in the morning, B&M is selling mince pie flavoured peanut butter.

If you prefer to make your own mince pies, Marks & Spencer is doing Prosecco infused mincemeat to give your mince pies a boozy twist.

Morrisons has also started selling mince pie cookies – and we can't wait to try them.