HOW do you like your eggs in the morning? If it's with a double yolk then you may want to head down to Morrisons where it's selling boxes of these rare eggs just in time for Easter.

There's usually a less than one in a thousand chance of finding two yellow yolks – known as double yolkers – in just the one egg. 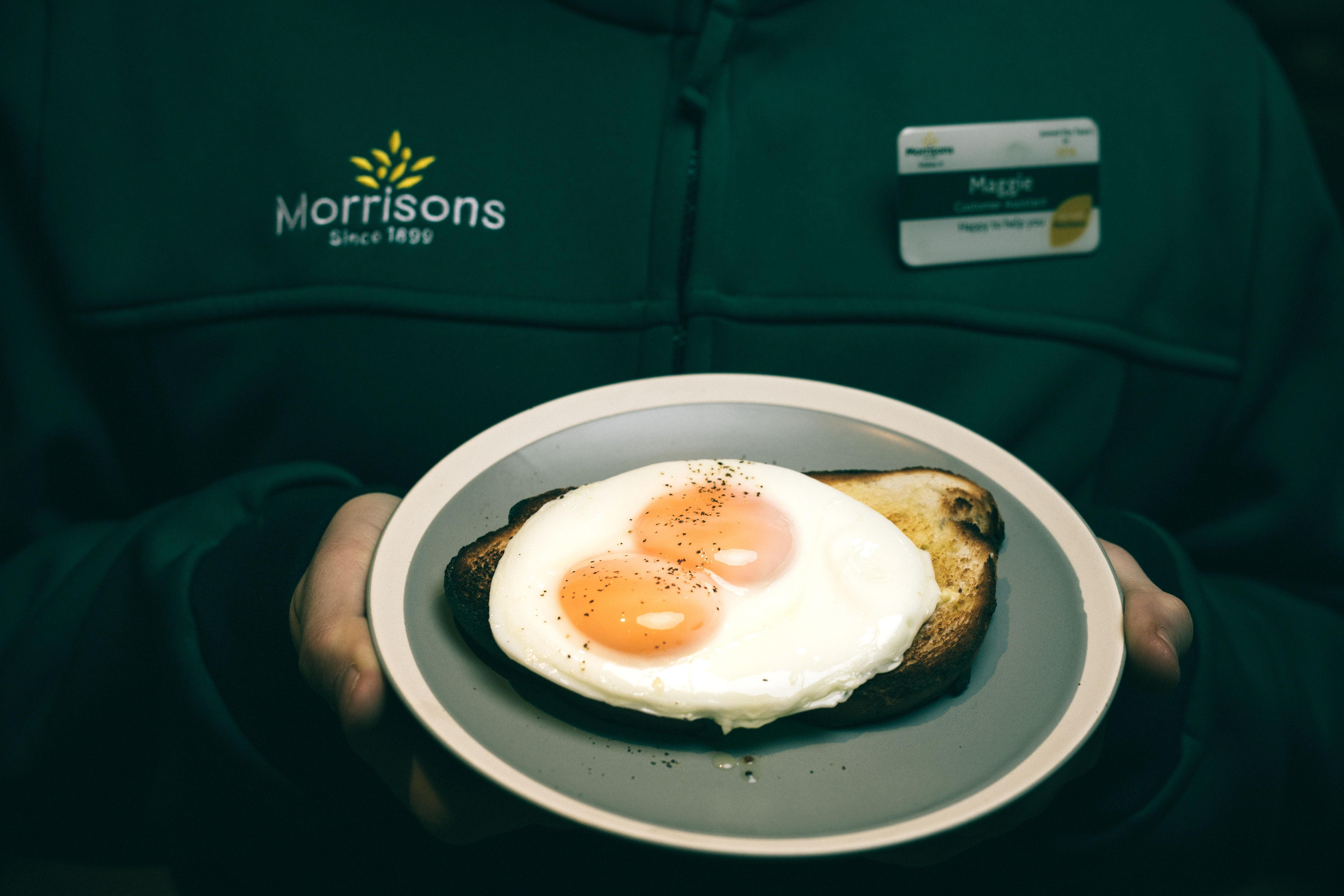 In fact it's so unusual that eating one of these eggs is considered to bring you good luck.

But Morrisons is going to be selling a four pack of these egg-scellent eggs in 11 selected stores from today.

If you want to see for yourself if these eggs are all they're cracked up to be you'll need to shell out £1.50 for a box making it about 37p an egg.

But there are only 1,000 boxes available nationwide so you'll need to go quick if you're hatching a plan to get your hands on a box.

How do I know how my egg has been farmed?

IF you take a look at your egg it should have a stamp on it if it's come from a member of the British Lion kitemark organisation.

If eggs have this British Lion Mark on them it means they've come from hens that have been vaccinated against salmonella and produced to a "strict" code of practice.

And here's what the numbers on these stamps mean:

None of the other major supermarkets are selling a range of double-yolk eggs although sometimes they turn up in regular egg boxes.

According to the supermarket, double yolk eggs usually come from young hens which are between 20 and 27 weeks-old.

It's due to their inexperience of laying eggs that they're more likely to produce an extra yolk when laying their first batch of eggs.

To find out if an egg has two yolks inside, workers will then hold them up to special UV lamps, which reveals the outline.

Morrisons says it's natural for hens of this age to be laying eggs and says it's not cruel.

The Sun put this to charity the British Hen Welfare Trust but it didn't want to comment.

Morrisons adds that these eggs are from free range hens in North Yorkshire.

Robert Hoffman, egg buyer at Morrisons said: “You know it’s a lucky day, when you crack open an egg and find it has two yolks.

"So we wanted to bring egg-lovers extra luck by offering a four pack of double yolk eggs. We hope they bring customers some good fortune this Easter.”

Lidl, Tesco and Pizza Hut came under fire earlier this year for still using eggs from caged hens with beaks cut off.

But if you'd prefer a chocolate Easter egg rather than a real one, we've rounded-up this year's cheapest Easter eggs.