Cod almighty! Morrisons shoppers can now tuck into a HUGE 350g fillet of fish with a double portion of chips in its cafes – for just £8.50

Supermarket Morrisons has added a whopping fish and chip dish to its in-store menu.

Weighing in at 350g, the jumbo battered haddock is more than double the size of a regular serving of fish and twice the supermarket’s usual serving of a 170g fillet.

The fish, which is hand-battered to order in Morrisons Market Street Cafe, also comes with a double portion of chips, garden peas, and a wedge of lemon.

The jumbo fish and chips is now available to eat in or takeaway from the stores’ cafés until Sunday 24 June. 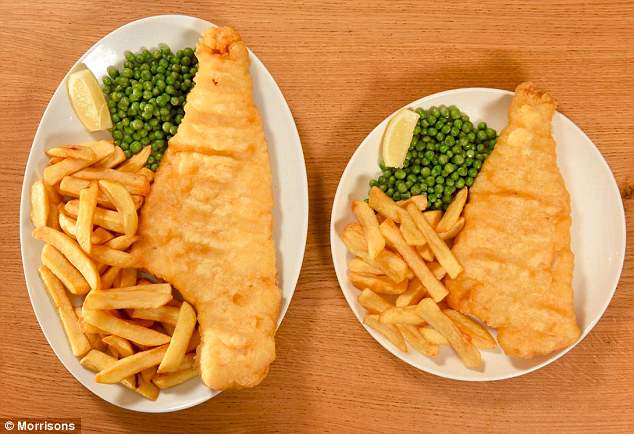 Morrisions has unveiled an enormous fish and chips portion containing a double portion of fries and a 350g haddock. Pictured: regular portion (right) and large (left)

And it’s not just the size that is impressive, hungry customers can tuck into the meal for a budget friendly £8.50 – that’s only £3 more than the café’s standard portion and 34 per cent cheaper than leading fish and chip retailers.

Helen Tordoff, Head of Cafés at Morrisons, says: ‘Our customers love fish and chips but some a-fish-ionados with big appetites wanted a bigger plate of their favourite dish. The meal is also great value for money and hand battered to order.’

It comes just a week after the supermarket   unveiled a supersize ‘Big Daddy Breakfast’ – which is almost twice the size of their competitors’. 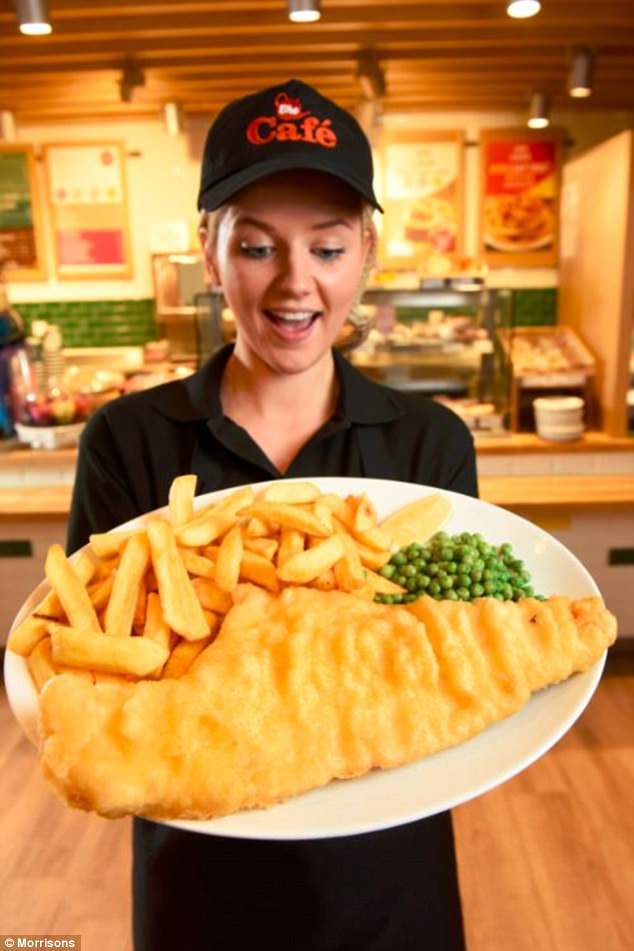 The new dish costs just £8.50, just £3 more than the cafe’s smaller portion of fish and chips 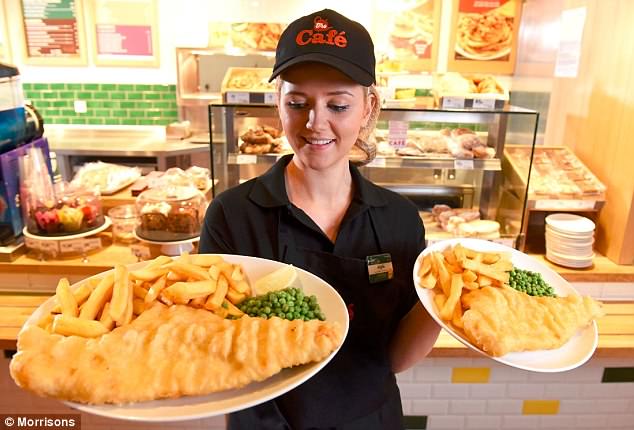 The haddock fillet, available until June 24, is double the size of the cafe’s 170g portion

The huge meal is the largest on offer of any supermarket across Britain, with a whopping 19 food items crammed onto one plate.

The ‘Big Daddy’ meal is finished off with two slices of black pudding, baked beans and sliced mushrooms.

While Sainsbury’s ‘Big Breakfast’ offers foodies just nine pieces – with just two rashers of bacon and sausages, and only a single egg, hash brown and tomato.

Head of Cafés at Morrisons Helen Tordoff said: ‘Our standard cooked breakfast is one of our most popular meals on the menu. 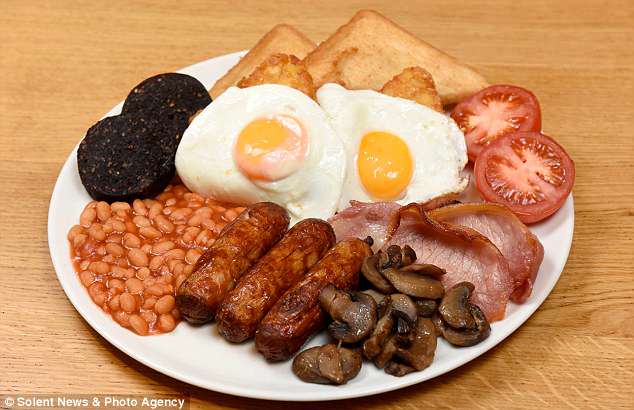 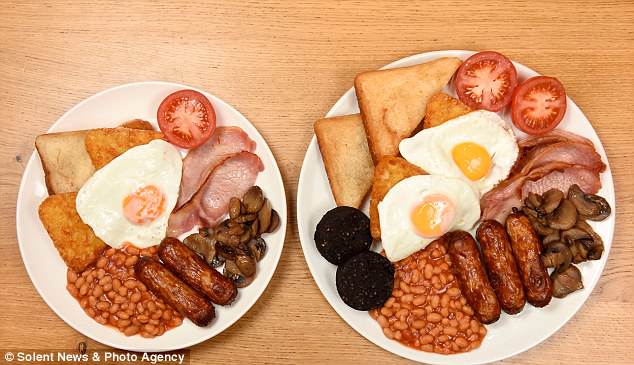 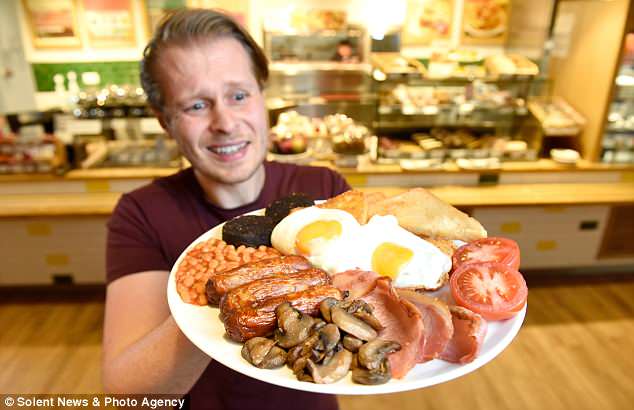 ‘However, customers have asked for one that’s even bigger.

‘The ‘Big Daddy Breakfast’ is an excellent choice for customers with a big appetite.’

The supermarket has previously been named the best place to head for a cooked breakfast, beating various cafes and hotel establishments.

In 2015 the supermarket was awarded the title of Britain’s Best Breakfast for its value for money, food quality and customer satisfaction.

Morrisons was named best in the breakfast category, beating Wetherspoons and Bella Italia which were shortlisted for the awards.

Aside from the Big Daddy breakfast the supermarket offers a Big Breakfast, £4.70 and a Little Breakfast £3.90 to those with a smaller appetite.

Customers looking for a healthier option can select from porridge as well as ‘super’ scrambled eggs.