Entrepreneur, 47, who has five children says she’ll undergo IVF to have more – because she ‘loves being a mother’ but is struggling to conceive naturally

A high-flying mother of five approaching her fifties has revealed her plans to try and have a baby through IVF – because she’s struggling to conceive naturally.

Eileen Burbidge, 47, a technology entrepreneur and Treasury advisor, who lives in London, had her first child at 35, and had three sons and a daughter with her second husband.

Speaking to The Sunday Times, Eileen said there is no perfect time to have a child, and wants to expand her brood because she ‘loves being a mum’.

She has already had two cycles of IVF but they were unsuccessful, and has looked into adoption. 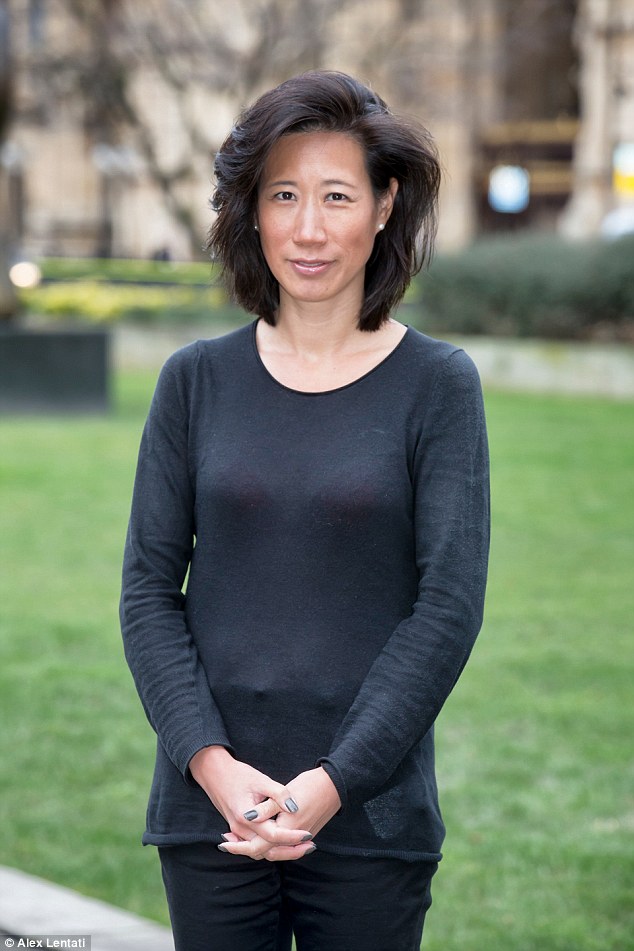 Mother-of-five Eileen Burbidge, 47, a technology entrepreneur and Treasury advisor, is planning to have another child through IVF – because she says her body is struggling to conceive naturally

Ms Burbidge, who is a partner at Passion Capital, which funds tech start-ups, made the decision after she failed to conceive naturally with her new partner Tom Powell, 32, himself a father-of-one.

She said: ‘I love being a mum so much that my partner and I want to have more children, but I’m at an age when it doesn’t often happen naturally.

‘The youngest I gave birth to is six. We did think when we started trying one and a half years ago that I might be able to conceive naturally, but that hasn’t happened.’

Ms Burbidge, who says she has used a nanny from 8am to 6pm every day to help juggle her job and home life, believes there is never a perfect time for career women to take time out to have children. 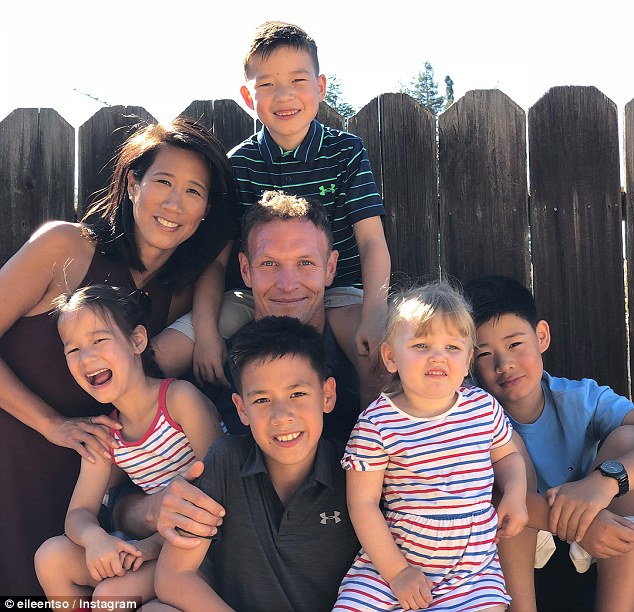 She had her first child at 35, and had three sons and a daughter with her second husband. She’s now with a new partner, Tom Powell, 32, and the couple are hoping to have a child together

She continued: ‘I do not think there is any time that seems a like a ‘good’ time really.. For career women, I don’t think there is even an ideal time to take nine months out while your body changes.’

The number of older mothers has soared in recent decades, as more women concentrate on their career and start families later.

But doctors tend to warn women not to leave it too late to have children. They stress that with age fertility drops and their risk of complications, including stillbirths, increases. 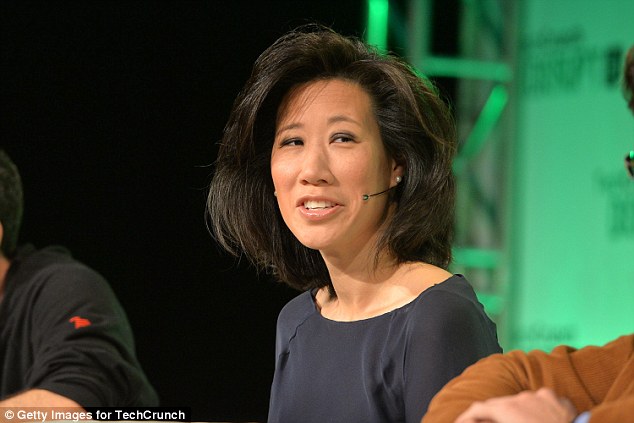 Ms Burbidge is a partner Passion Capital, which funds tech start-ups, and is the Treasury’s special envoy for financial technology

Experts estimate women in their late forties have as little as a one in 20 chance of becoming pregnant because of their lower supply of eggs, which are less capable of being fertilised.

The British Fertility Society previously warned celebrities who have children in their 40s are giving women false hope about late motherhood.

Chairman Adam Balen said celebrities who paraded ‘miracle babies’ will often have used IVF or donor eggs, both of which can cost thousands of pounds.

Because they do not make this public, their fans fail to realise the fertility issues and health problems that may result.

HOW DOES IVF WORK?

In-vitro fertilisation, known as IVF, is a medical procedure in which a woman has an already-fertilised egg inserted into her womb to become pregnant.

It is used when couples are unable to conceive naturally, and a sperm and egg are removed from the bodies and combined in a laboratory before the embryo is then inserted into the woman.

Once the embryo is in the womb the pregnancy should continue as normal.

The procedure can be done using eggs and sperm from a couple or those from donors.

Guidelines from the National Institute for Health and Care Excellence recommends that IVF should be offered on the NHS to women under the age of 43 who have been trying to get pregnant through regular unprotected sex for 2 years.

People can also pay for IVF privately but it costs an average of £3,348 for a single cycle, according to figures published in January, and there is no guarantee of success.

The NHS says success rates for women under 35 are about 29 per cent, and the chance of a successful cycle reduces as women get older.

Around eight million babies are thought to have been born thanks to IVF since the first ever, British woman Louise Brown, was born in 1978.