A woman who was left in agony for six months after giving birth discovered she’d been walking around with a fractured spine due to a back condition which weakened her bones.

Heather Clatworthy, 37, a senior executive at the British Horse Society, from Warwickshire, broke her back in 2010 when in labour with her first child, Lilly.

But doctors put her screams down to the pain of childbirth and it wasn’t until half a year later that Heather was finally told she had a fracture caused by osteopenia – a condition in which bones are weaker than normal.

Prior to her diagnosis, Heather would struggle through looking after her baby ‘until she had no strength and would be left feeding her daughter on the bedroom floor’.

But never one to give up, Heather has learned how to manage her condition through a healthy, active lifestyle, and is now planning to swim the English Channel for charity in 2020 – despite her fragile bones. 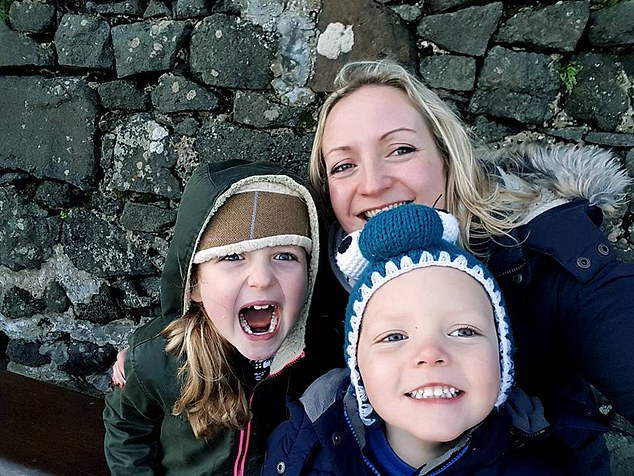 Heather Clatworthy, 37, a senior executive at the British Horse Society, from Warwickshire, fractured her back in 2010 when in labour with her first child, Lilly (pictured together with second child Basil). Heather was later diagnosed with osteopenia 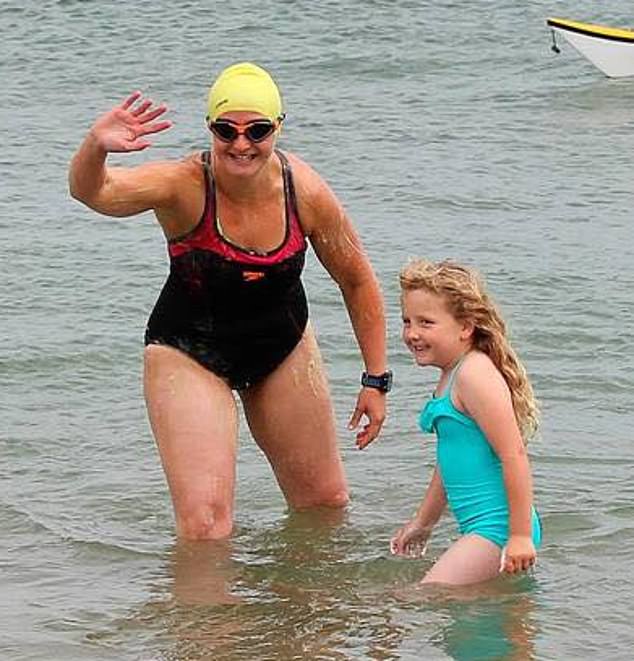 Heather (pictured with her daughter) learnt how to manage her condition through a healthy, active lifestyle, and is now planning to swim the English Channel for charity in 2020 – despite her fragile bones

Speaking to FEMAIL, Heather recalled: ‘It wasn’t until Lilly was a few weeks old and doing simple tasks like lifting her out of her Moses basket was becoming unbearable, that I went to the doctors again.

‘They were convinced I had pulled a muscle and it would mend itself. I therefore carried on and suffered with it for six months despite being in terrible pain.

‘The worst moment was when I tried to lift the car seat with my daughter in it from the pram to the car. It was pouring with rain and after attempting multiple angles; I ended up on all fours, desperately trying to shelter Lilly from the rain, and seeking help from a random passerby.’ 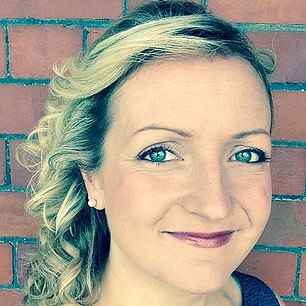 Prior to her diagnosis, Heather (pictured) would struggle through her motherly duties ‘until she had no strength and would be left feeding her daughter on the bedroom floor’

Heather eventually accepted painkillers from her doctors – after avoiding them for six months while breastfeeding her little one – and was given an MRI scan which confirmed she had fractured her spine.

Heather was at first told she had developed osteoporosis – a condition which weakens bones and makes them more likely to break – which, to ‘a new mother who was solo parenting most of the time, felt like a death sentence,’ Heather admitted.

The worried parent, who is also mother to son, Basil, 5, questioned: ‘How can I wrap myself up in cotton wool whilst being a good mother at the same time?’

The stage before osteoporosis is called osteopenia. This is when a bone density scan shows you have lower bone density than the average for your age, but not low enough to be classed as osteoporosis.

Osteopenia does not always lead to osteoporosis. It depends on many factors.

If you have osteopenia, there are steps you can take to keep your bones healthy and reduce your risk of developing osteoporosis, such as healthy eating and regular exercise.

Your doctor may also prescribe one of the bone-strengthening treatments that are given to people with osteoporosis, depending on how weak your bones are and your risk of breaking a bone.

Following another scan at her next appointment, the mother-of-two was relieved to be told that the condition was localised to the spine and was referred to as osteopenia.

‘It was a relief to know what had been causing all the pain, however not quite what I had expected,’ Heather admitted.

Osteopenia can develop during pregnancy and means that bones have a lower density, but are not yet at the stage of osteoporosis.

The condition typically doesn’t have any visible symptoms, which makes it difficult to diagnose without a bone mineral density test.

‘Generally eating the right foods, remaining active and leading a healthy lifestyle were the best things I could do to help myself,’ Heather explained.

She added: I’ve never been one to resort quickly to drugs unless I really need to. I also don’t like to mask injuries through pain relief, because I would rather know if something is healing OK. 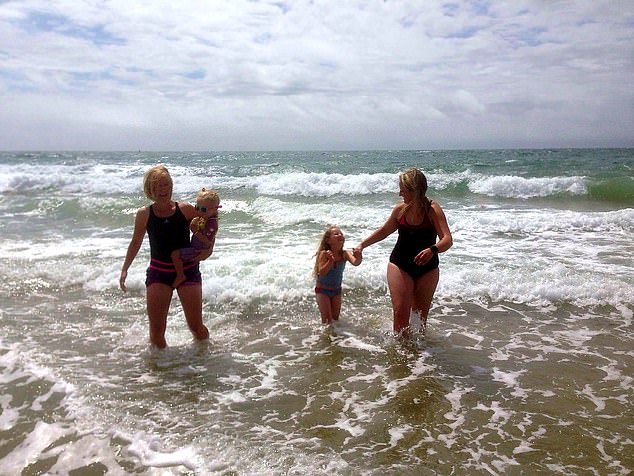 In 2016, Heather (pictured right, with her family) decided to swim the 13-miles from Northern Ireland, where she’s originally from, to the other side of the coast

‘Therefore, I went about educating myself as best as possible about the condition and doing everything possible to help myself through living an active, healthy balanced lifestyle.

‘I did discuss this approach with the consultant who I was glad fully supported it,’ Heather said.

She explained that keeping as active as she needs to be, to strengthen her bones can be hard work while being a full-time mother but is ‘achievable’.

‘When I struggle to stay motivated to exercise, I enter something with friends, six months to a year away, to stay focused on and train for.’

In 2016, Heather decided to swim the 13-miles from Northern Ireland, where she’s originally from, to the other side of the coast.

She became the first Irish person to have ever complete the swim and did so in four hours and 20 minutes. 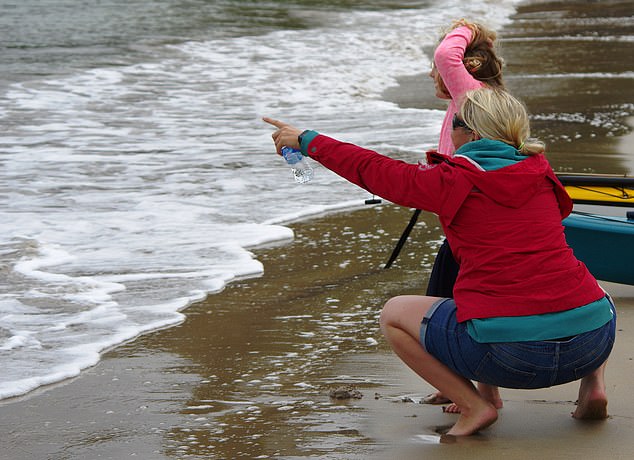 Heather (pictured) is doing her swim in aid of The British Horse Society, having been a keen horse rider since she was seven-years-old

And for her next challenge, the keen swimmer is planning to swim the English Channel once again – after failing to successfully complete the journey in 2018.

‘As I need to maintain my fitness level to keep care of my spine, I have to set myself challenges to remain motivated,’ Heather explained.

‘Being a sea swimmer and adrenaline junkie I had always had the English Channel on my radar, but again had never really got around to it.

‘Yet after great encouragement from friends, family and colleagues I decided I would give it a go.’

She added: ‘Unfortunately my first attempt in 2018 was unsuccessful due to poor weather conditions and tidal change which took me too far north of the French coastline.

‘Considering I didn’t know if I would even reach the half-way point, which I did, I’m really pleased with how I did and what I managed to achieve on the day.

‘If anything it has made me even more determined to complete the swim in 2020 but I can only do my best and hope that all the elements are in my favour on the day. I’m not an elite athlete, but I can do it.’

Heather is raising money for The British Horse Society, having been a keen horse rider since she was seven-years-old.