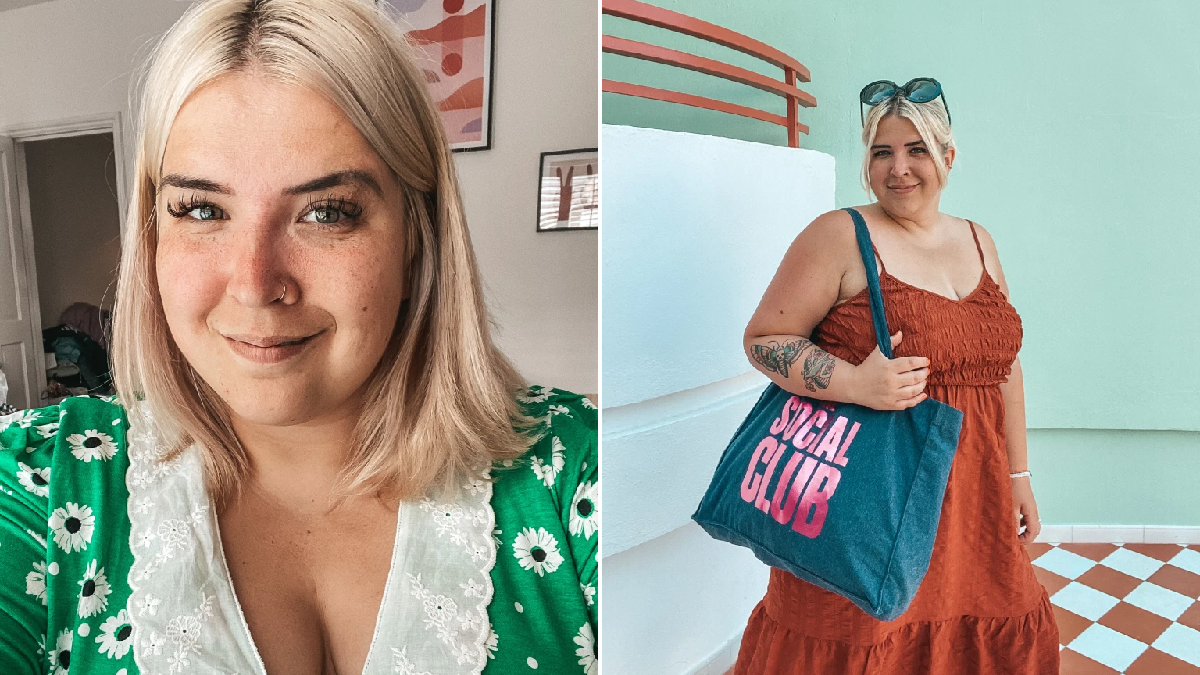 Debt can be life-changing, but one woman hopes her story will spark a conversation around the way we talk about money issues.

Over the past few years, Yasmine Camilla – who is a single mum of two – has racked up £38,000 of debt – but stresses that her mental health was the main reason that her financial problems escalated so quickly.

Yasmine, a project manager and Instagram influencer from London, says her debt accumulated as a result of a difficult few years.

The 35-year-old’s debt journey began when she went through a challenging break-up – and the end of the relationship had a huge toll on her mental health.

Shortly after, the pandemic hit – which presented a new range of financial problems.

‘But when we split up, I got into a bit more debt (although still under £10,000 at this point) as I paid for therapy, because I couldn’t get therapy very quickly via the NHS at that time and I was really quite mentally affected by the break-up.

‘So, some of that credit card debt was from that – then I had about six months of just trying to get better and get my life on track and understand what it’s like to be a single mum (and get my head around that) – it’s a big life adjustment.

‘And then Covid hit, and so the rest of the debt has accumulated since the beginning of the pandemic.’

Yasmine adds that the pandemic has had a huge detrimental impact on her mental health.

As a single mum, Yasmine was working from home full-time while also caring for her two young children – now aged eight and six.

Yasmine says: ‘I was mostly working – I went through the majority of lockdowns one, two and three (and Covid in general) with just me and my kids in the house. I was working full-time – with no extra support.

‘I have family, but they were all pretty much shielding or – because my children travel between me and my ex and he was going to work – my family felt like that was quite a risk and an exposure in terms of passing Covid on.

‘So, I didn’t have a “bubble”. Because of that, I definitely wasn’t coping very well.’

Because Yasmine’s mental health was in a bad place, she says she was unable to think about money on top of everything else going on.

She adds: ‘My focus was on keeping my job and getting paid and to keep my children as well and happy as I possibly could. So I did things like paying for extra childcare where I could. There was a time when schools were closed but you could have a nanny or a babysitter, so I would use childcare when I wasn’t coping, so I could then work without being constantly distracted by the kids.

‘The ongoing impact of my inability to parent as well as I would want to had a negative impact on my mental health and it was just a cycle.’

Yasmine paid for things on her credit cards as a way of getting by.

‘During Covid (and the nature of it of not knowing what was happening next), I had to live in the moment. I think when you’re doing that, it’s really hard to extrapolate and think about accumulating “X amount” of debt.

At the beginning of 2021, when the government announced schools would not return, things got too much for Yasmine.

She said: ‘I actually just couldn’t cope, I thought I couldn’t do this again, and I was really struggling to be working and not be able to parent my kids in the way they should – we did hardly any homeschooling because how can you homeschool two kids and work a day job.

‘When I heard that news, I couldn’t cope. I emailed my work and asked them to furlough me, and as a general policy they weren’t furloughing people – it wasn’t personal, they just weren’t doing that.

‘So I tried to go back to work, but it wasn’t very long before I was signed off sick with stress and anxiety, and actually then was off for quite a few weeks.’

During that time Yasmine had CBT and started to feel better and less overwhelmed. She also started to become aware of the reality of her financial situation.

She said: ‘I was aware that I was in a significant amount of debt when I was having the CBT, and I was feeling less overwhelmed so I was able to start taking control of my life, but I didn’t have the capacity or energy to start thinking about what I was going to do to pay it off.

‘So that’s when I consolidated onto loans – but I never really looked at the bigger picture because I think I was trying to avoid the reality of it.’

It’s only been recently that Yasmine has been able to start tackling it.

Last week, the mum-of-two decided to post her debt journey on TikTok and realised that the total amount came to around £38,000 – significantly more than she expected.

Most of the debt was on credit cards, which is why Yasmine took out loans to pay this back.

Yasmine adds that her income dropped during the pandemic, due to her lack of Instagram work, and she didn’t have the mental capacity to sort through her statements and see what was needed to ‘pull back on.’

You asked, I provided, the final total of my current debt ? *for the trolls, I’m not proud; I’m keeping positive! #uk #moneytok #singlemum #debt

Now, Yasmine’s planning to get on top of her finances and has set herself the aim of paying back all of her loans within a year.

She hopes to achieve this by drastically cutting spending, selling items (such as her Peloton) and by using money made through her recently-resumed Instagram work.

She’s also focusing on the positives, rather than worrying.

Yasmine adds: ‘Yes, I’ve got this huge amount of debt that I’ve got to pay off and need to pay off. But, equally, my kids are here, they are healthy, we still have a house and I’ve still got a job.

‘I have to remain positive, because I know my mental health is delicate because of the last couple of years, so I cannot let it worry me.’

The influencer adds that the reaction she’s received on social media has been phenomenal, as people have shared their own debt stories with her – with many saying they’ve only just admitted it to themselves and told loved ones.

Yasmine now hopes her journey will encourage others to feel less ashamed about their debt.

‘I’m really hoping it does spark a conversation’ she adds.

Yasmine stresses that it’s vital we don’t judge as we never know what’s going on behind the scenes.

She says: ‘I just want people to feel less ashamed, it’s not nice to think that people are ashamed of their debt, even if they did buy a designer handbag, for some reason that’s what they needed to do that day.’