Mum names baby after Game of Thrones, Harry Potter and Star Wars: ‘It’s special to us’

The unusual baby name was chosen by mum Kay after she was told she wouldn’t be able to have anymore children following an operation to remove pre-cancerous cells from her cervix.

But just two weeks after being left devastated by the news, the 29-year-old and husband Glynn, 39, were delighted to find out they were pregnant with twins.

Sadly the couple, who live in Cheshire, lost a baby because one embryo absorbed the other and it was “touch and go” as to whether the tot would survive.

It wasn’t until halfway through the pregnancy where Kay decided she wanted to give her daughter the unique name of Bellatrix Daenerys Leia, inspired by Game of Thrones, Harry Potter and Star Wars.

Bellatrix is taken from Harry Potter, Daenerys is from Game of Thrones and Leia was inspired by Star Wars.

The mum-of-five said: “I had always said she would be called Rosie but then because of what we’d been through already, I decided I wanted something a little bit more unique and special.

“I’ve always loved the name Bellatrix since I got into Harry Potter and then we were watching Game of Thrones and I said to my husband that I wanted to put ‘Daenerys’ in her name as well.

“He said well if you’re having a reference to your favourite film so am I and that’s how we decided on Leia as well.”

Since deciding on the name, the couple have kitted out their baby’s room with Harry Potter, Game of Thrones and Star Wars related gear. 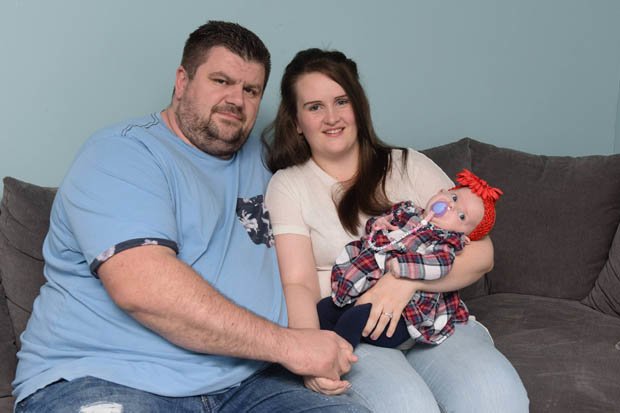 Kay added: “We have bought anything and everything Bellatrix related that we can find, we even had a bar made for her pram with her name on it, but we’ve also got pop vinyls and figurines of the other characters in her name too.”

But Glynn, a delivery driver, warned that not everybody is enough of a sci-fi fan to understand the reference.

The dad added: “Some people don’t know where it’s from though and they sometimes get it wrong and call her Beatrice or Bella, it just depends which walk of life they’re from. But the main thing is that it’s special to us.”