A WOMAN plagued by the smell and taste of ginger has just months to live after doctors discovered a deadly brain tumour.

Cheryl Byron claims doctors repeatedly told her the bizarre symptoms, and dizzy spells were down to going through the menopause. 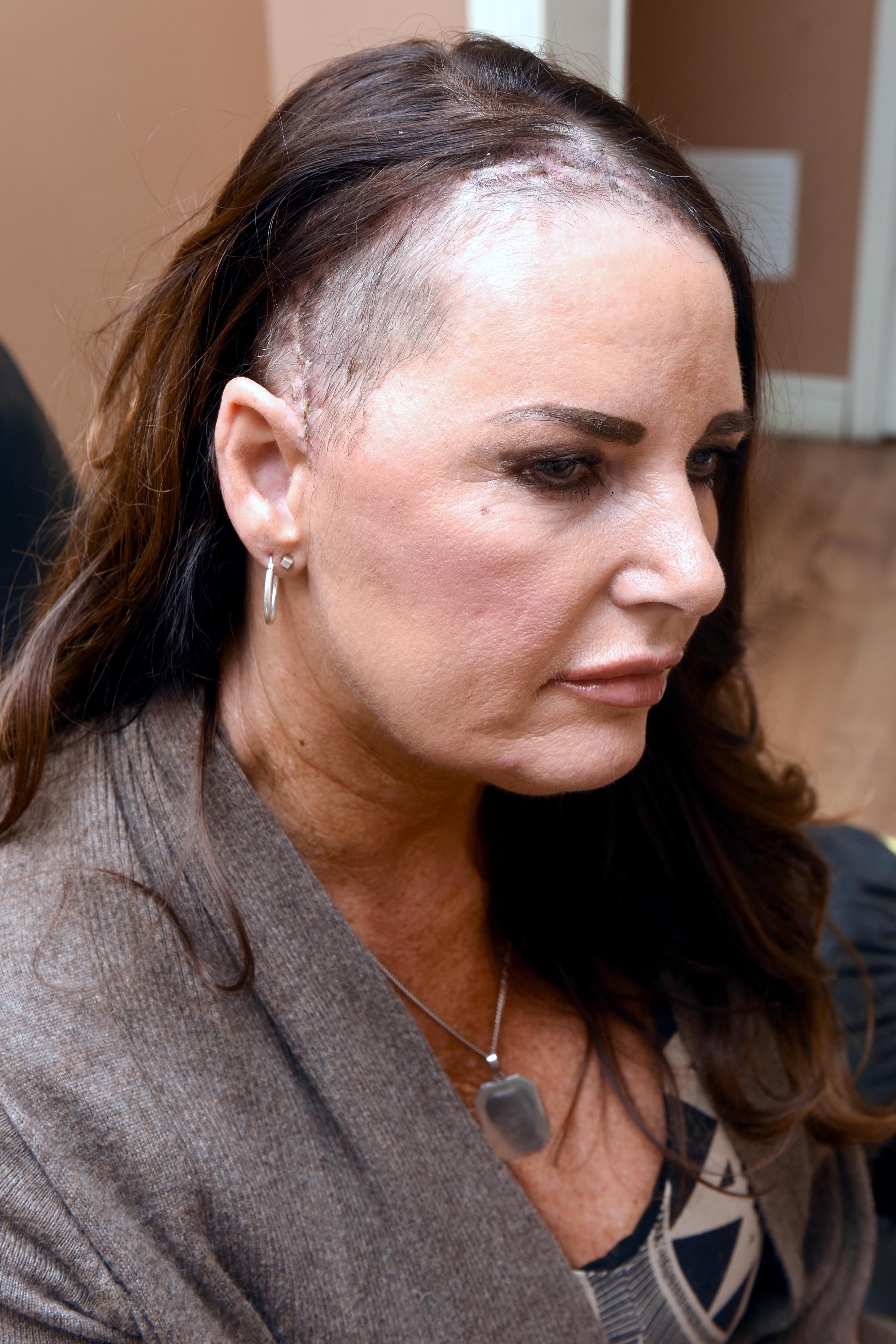 The 53-year-old claims she visited her GP five times in six months but was told she had burning mouth syndrome, a condition that can affect women during the menopause.

But when the mum of one collapsed at home in Prestatyn on January 5, an MRI scan revealed an aggressive brain tumour.

Specialists revealed she now has between 12 and 18 months to live.

Betsi Cadwaladr University Health Board (BCUBH) – the body responsible for Healthy Prestatyn Iach which runs Cheryl's GP surgery – said they could not comment on an individual case due to patient confidentiality.

It was in June last year that Cheryl began to notice being hit by waves of a gingery smell and taste, up to 17 times a day.

The spells left her feeling dizzy and disorientated.

Cheryl said: "I had been going through menopause for two and a half years and I had breezed through it but then I started to get this strange taste and smell.

"It was very weird, not really like anything I have tasted before, but it would make my lips and tongue burn.

"I would be gulping for air – it felt like I was suffocating.

"Not long before it started I had been drinking a drink with a lot of ginger in it and it gave me a tummy bug so I thought maybe I'd given myself some kind of phobia of ginger."

The episodes, which Cheryl dubbed her "fabulous moments" would leave her feeling out of it, dizzy and confused.

"The doctor told me it was burning mouth syndrome which was linked to me going through menopause," she claimed.

"I went back to the doctor so many times over the next six months but they just kept telling me the same and that I was disorientated because the smell and taste were making me panic." 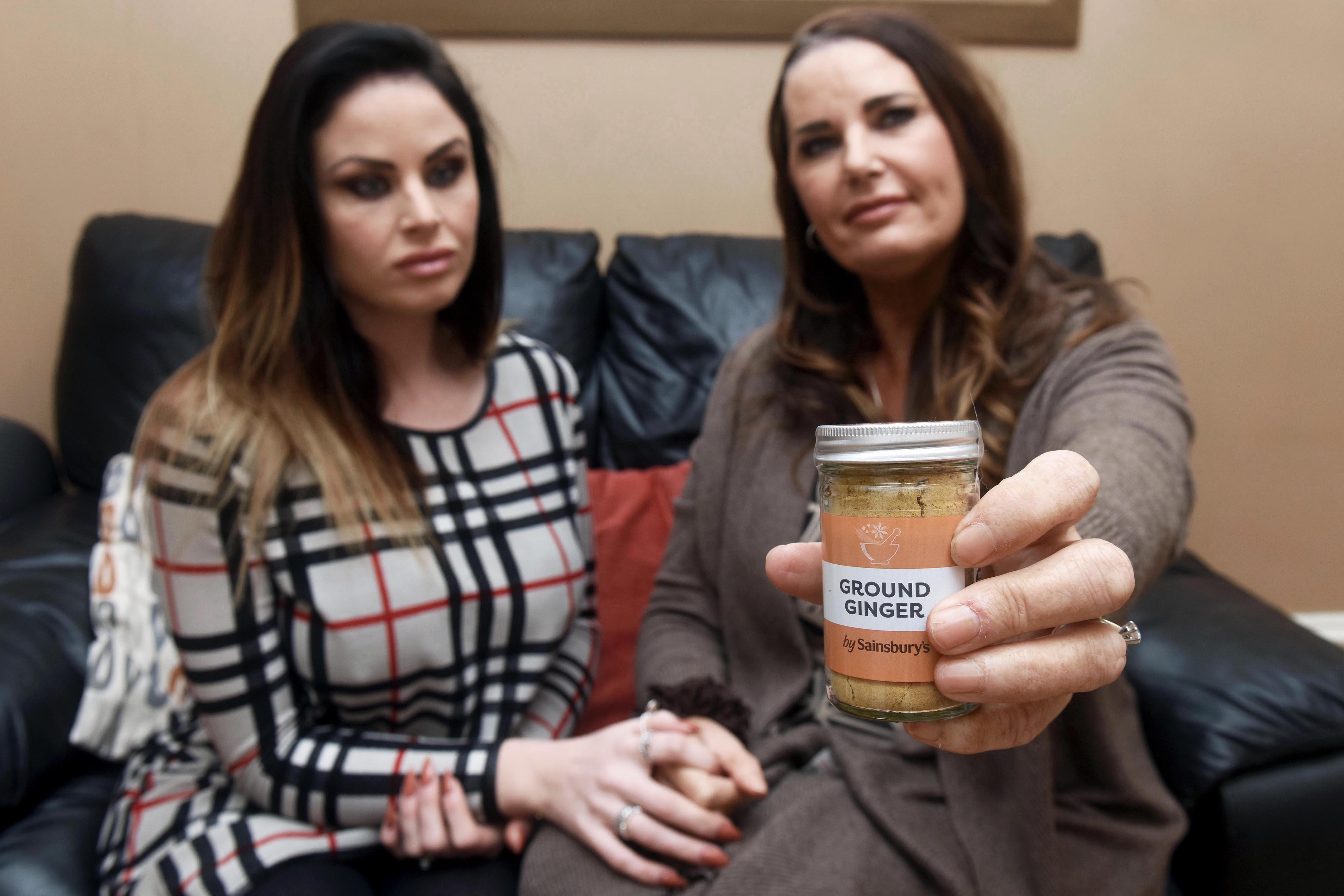 Then last month, Cheryl woke up one morning and as she tried to turn the light on, she collapsed and hit her head on the mirror.

"When I tried to get up, I fell again into a chest of drawers," she said.

The 53-year-old was taken to A&E, where she was sent for an MRI scan.

"They found this shadow on my brain," she said.

"Just a few days later a specialist confirmed it was a huge tumour that had been there for about eight months.

"And last week I found out I haven't got very long left to live. 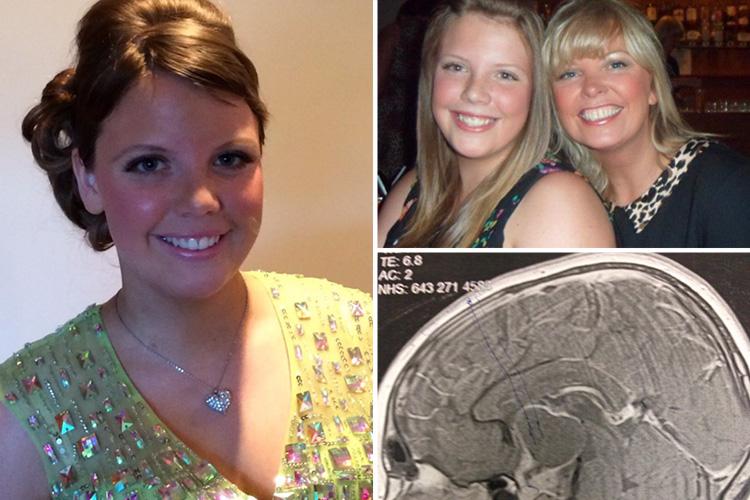 'it's not a brain tumour, you know' 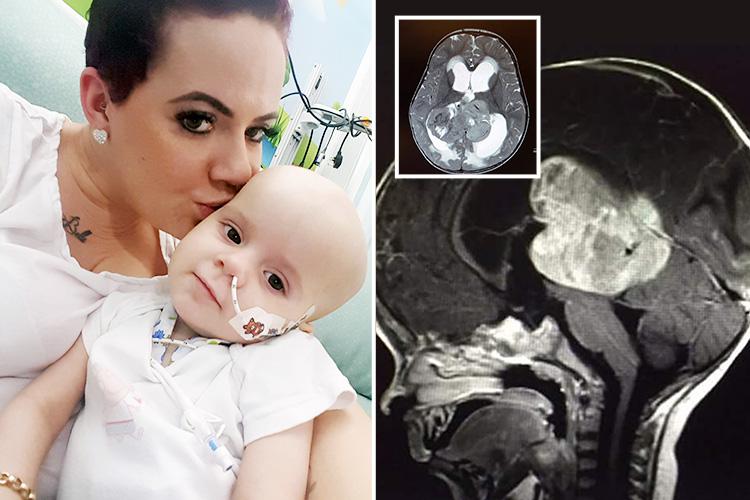 'WE THOUGHT WE WOULD LOSE HER' 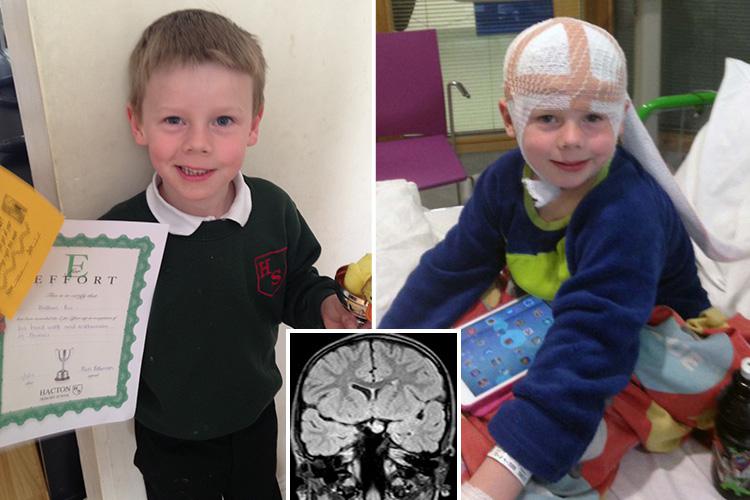 'HE FITS SO HARD HE SPLIT HIS HEAD OPEN' 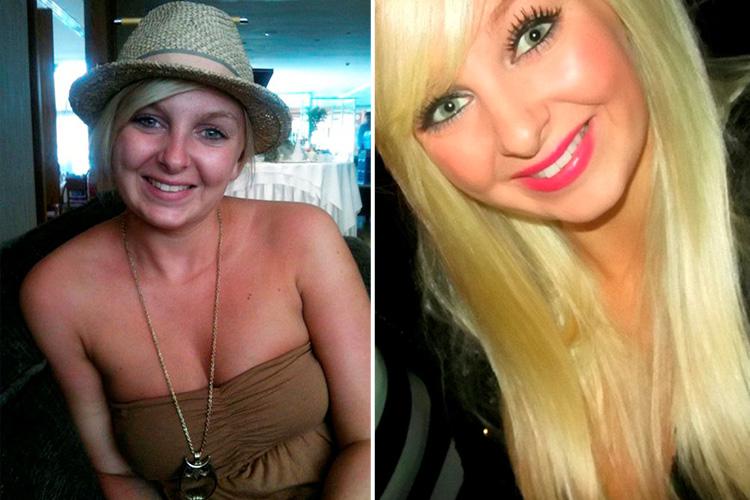 'SHE COULD'VE BEEN SAVED'

Woman, 24, dies from brain tumour after doctors mistook it for a migraine and prescribed painkillers 14 TIMES

"Looking back now, it beggars belief that my doctor didn't even think to check for a tumour. It's appalling."

Doctors revealed Cheryl is battling a stage four glioblastoma brain tumour – one of the most aggressive forms of the disease.

The tumour had been growing in Cheryl's brain for around eight months, doctors estimate – causing absence seizures and the odd taste and smell the mum-of-one experienced.

Surgeons attempted to remove the tumour in a gruelling eight hour operation on January 13, but a follow up scan last week showed the cancer is still spreading. 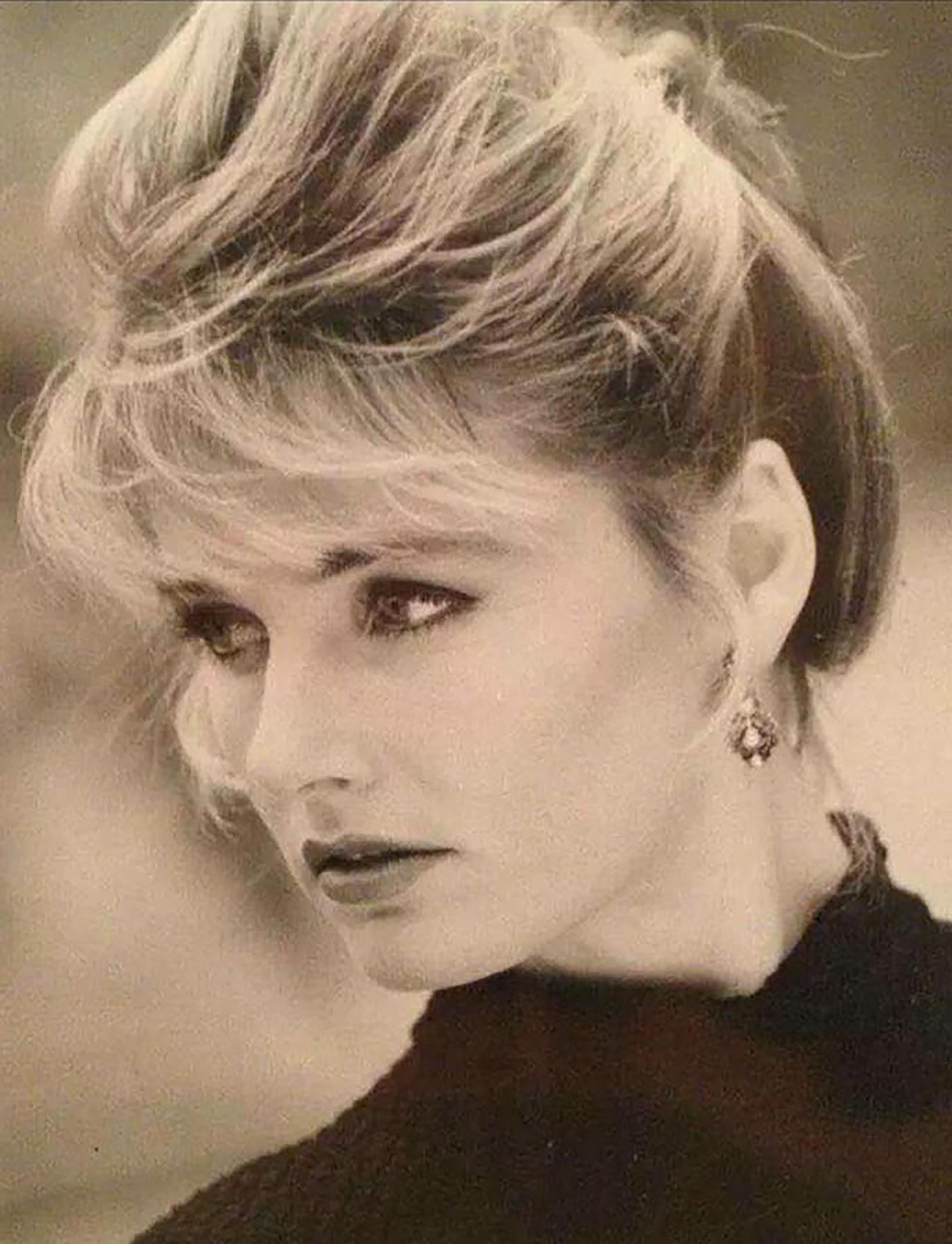 The only options left for Cheryl, who lives with her husband Jack Byron, 69, and daughter Jamie-Lee Byron, 27, are chemotherapy and radiotherapy in a bid to extend how long she has left with her family.

Cheryl said: "I went from thinking I was just having some difficulty with menopause to finding out I had a huge tumour.

"I could barely believe this thing was in my head – I hadn't had a single headache.

"I found out that when I was having my fabulous moments, I was actually having an epileptic seizure caused by the tumour and that's what was causing the weird smell and taste.

I found out that when I was having my fabulous moments, I was actually having an epileptic seizure caused by the tumour and that’s what was causing the weird smell and taste

"The specialist told me unusual smells, dizziness and disorientation are the first signs of either epilepsy or a tumour and I had both.

"It might not have changed my prognosis but I would have had longer to process what is happening and longer to say goodbye."

Cheryl is due to start radiotherapy and chemotherapy this week.

She said: "I'm going to give it my best shot to make the most of the time I have left and to try to give myself as much time as possible.

"I think it is so important to try to stay positive and I really couldn't do it without the amazing support of my family. Everyone has been incredible.

"Thinking about how little time I have left still feels really surreal but the time I do have is all about spending time with the people I love, doing things I love and making memories."

A BCUBH spokesman said: "We are unable to comment on individual cases due to patient confidentiality.

"We would urge anybody with concerns around the care they have received to contact the health board directly so that we can further investigate their treatment."