She really is my mini-me! Mother who prefers her six-year-old daughter’s clothes to her own says they now wear IDENTICAL outfits as often as possible (but admits they get some strange looks)

A mother has revealed how she dresses herself and her daughter in identical clothes when they go out together – because she says it makes her feel young again.

Mother-of-one Melissa Hardy, from Southport, Merseyside, explains that she grew envious of her daughter Elizabeth’s colourful wardrobe a couple of years ago and decided to try and emulate the youngster’s style.

What began as buying a few outfits that were similar to ones her daughter owned has now escalated into the duo going ‘matchy matchy’ whenever they can. 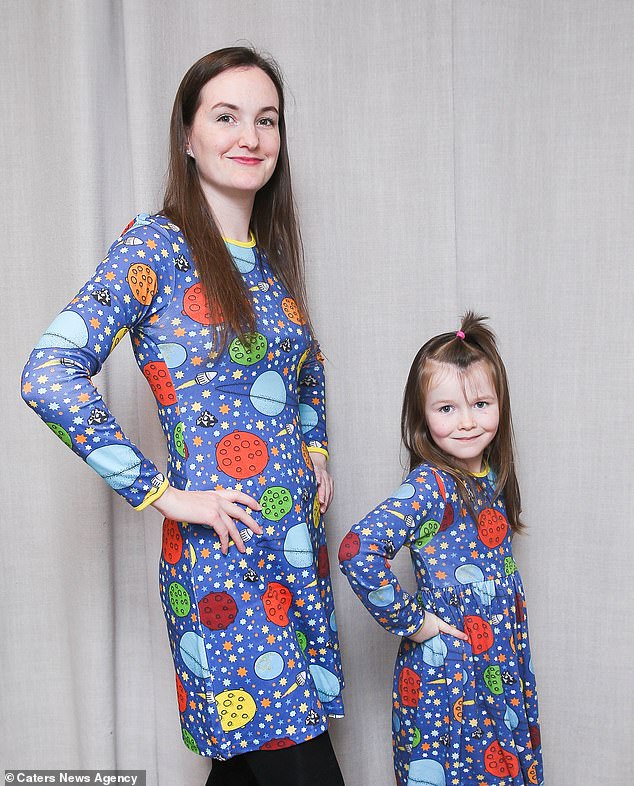 Melissa Hardy, a business owner from Southport, Merseyside, says she was envious of her daughter Elizabeth’s colourful wardrobe and decided to try and find clothes they could both wear 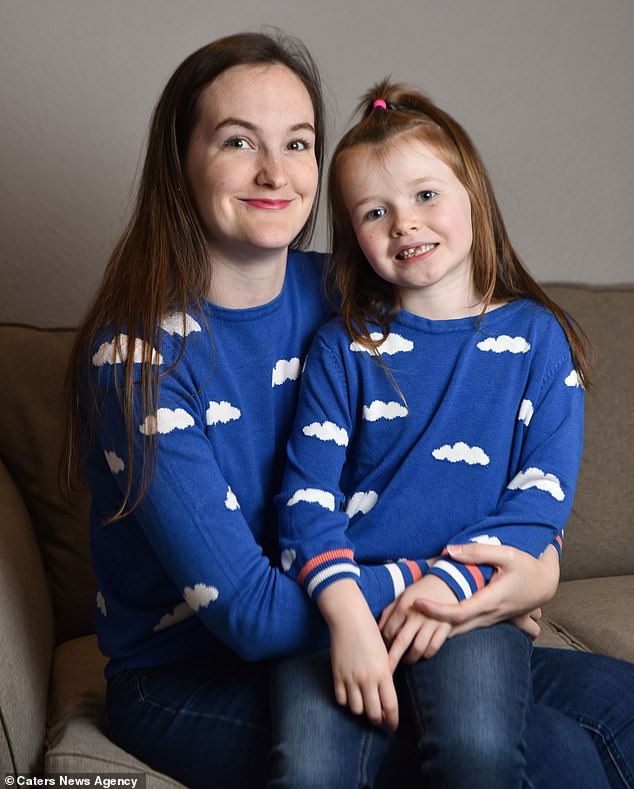 Now the mother-and-daughter ‘twin’ as often as possible, with Melissa saying she loves the brightly-coloured clothes that they wear 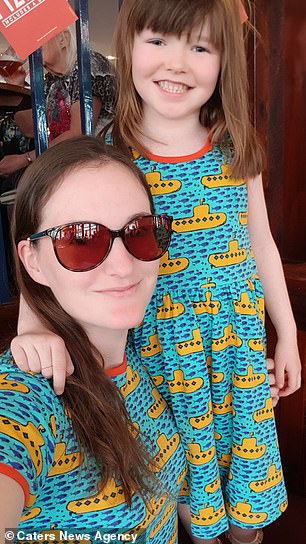 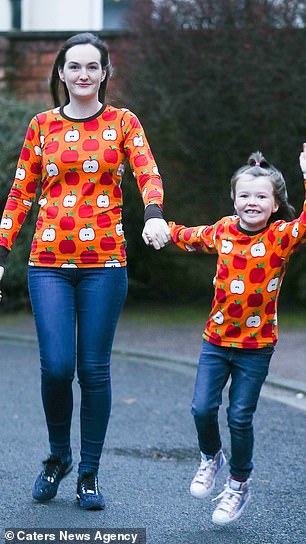 Daughter Elizabeth says she loves going ‘matchy matchy’ with her mother. Melissa explains that they started ‘twinning’ clothes about two years ago when she grew tired of ‘boring’ women’s collections on the high street

The business owner said that while she never imagined it would turn into a regular thing, little Elizabeth loved it so much that the mum-and-daughter duo rarely step out with differenc now ‘twin’ together all the time.

Melissa added their outfits always turn heads and even attract a few remarks from strangers in the street while out in public – but said the comments have always been positive.

She said: ‘We started more thing the same when she was about three or four, and she really loves it.

‘I’ve always liked bright colours and bold prints ever since I was a child, but as you get older the clothes become more boring. They’re all black or navy.

‘I was dressing her in some colourful clothes a few years back and realised how much I liked her outfits. I had a look online and saw some companies that did matching outfits for kids and adults, which was great. So, I ordered some nice clothes online.

‘Her clothes really appealed to me, so it’s good to join in on the fun.

‘From the first time we tried it, she absolutely loved it.

‘She usually requests for us to wear ‘matchy matchy’ and will come up with some ideas for what we should try.

The pair try and co-ordinate their looks at least three or four times a week, and it has a parenting upside too.

Melissa says: ‘I always joke that if I lose her, and the police ask what she was wearing, at least I can just show them my outfit and they’ll know.’

The proud mum said that dressing up in the same outfits as her daughter helps her connect to her inner child and makes her feel young again.

Melissa added that she and Elizabeth always turn heads while out in public in their matching clothes – but said the comments from strangers have always been kind.

She said: ‘Your children are part of your identity, and I wouldn’t dress Elizabeth up in something that I didn’t like.

‘The clothes are ethical and organic, which is good for us and good for the planet. 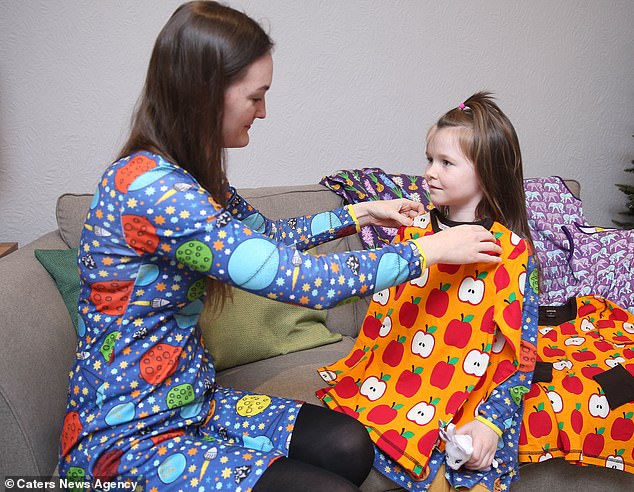 Positive comments: Lots of parents have asked the pair where they get their clothes from and say they’d love to dress like their kids 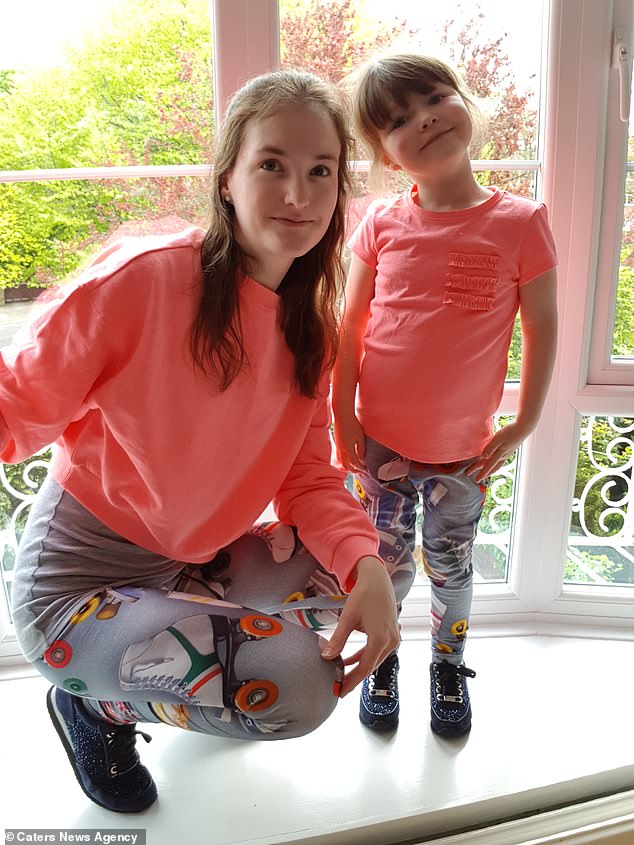 Roller skates and matching shoes: The mother-and-daughter say they love the fact that everyone can see that they’re connected by their outfits 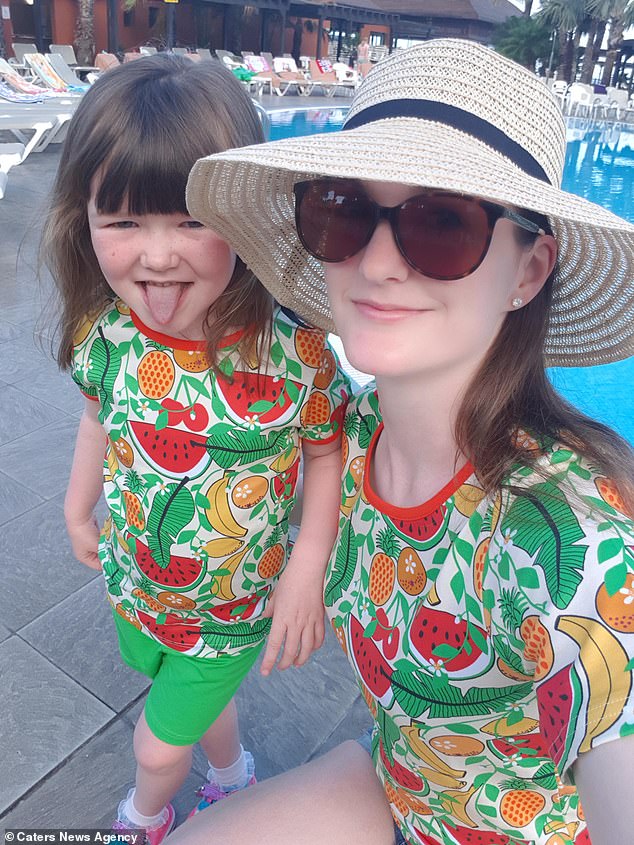 Young again: Melissa says she loved bright patterns as a child herself and wearing them with Elizabeth makes her feel young again

‘I can not only express my personality but I feel good knowing I’m supporting a positive working environment and sustainability for farmers and factory workers.

‘It helps me feel connected to her, and when we’re out in public it’s like everyone knows we are together. It’s always so dreary here in winter, so I feel like we bring our own sunshine.

‘When I’m wearing the same outfit as my child, and she is beaming with brightness and personality, I feel like I’m exuding that as well. 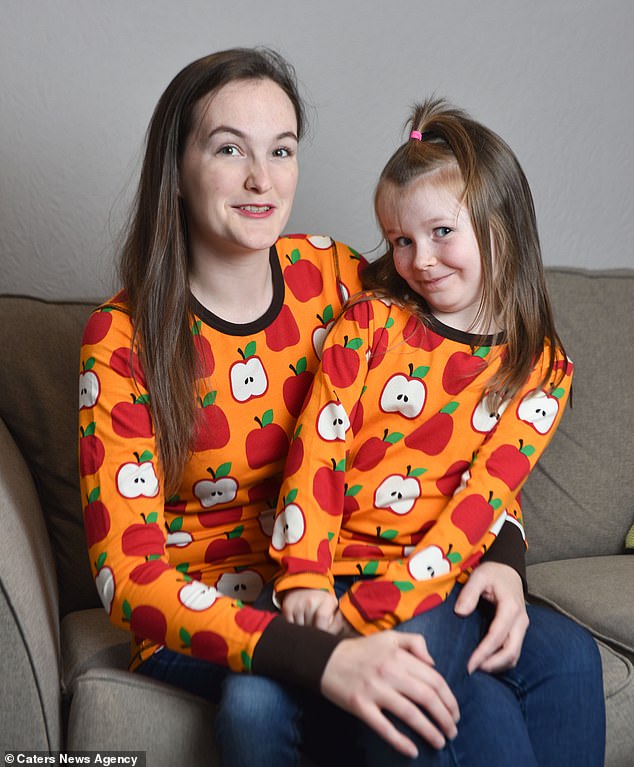 ‘We both really love it. It makes us feel special together. We always attract a lot of stares when we’re out and about. People always say nice things when we’re out in public and that they love what we’re wearing.

Other parents say they wish they’d done the same with their own offspring when they were younger.

Melissa adds: ‘I’d recommend for any parents to give it a try, even just it a go with pyjamas or something and see your child’s reaction. It’s all a bit of good fun and we really enjoy it.’