Interior designer Kit Kemp, MBE, 61, is the creative force behind Firmdale Hotels. She is married to its co-founder Tim, with whom she has three grown‑up daughters.

I was working as a graphic designer when I met my husband. Tim had a couple of short-lease student properties in South Kensington, then considered a rather unglamorous part of West London.

Becoming involved in the business was inevitable; Tim was always working, so I was never going to see him otherwise.

On Friday nights at the office, a guitar would come out — we were all like students together. Eventually we wanted to do something more grown-up, so we got permission to open a small boutique hotel. 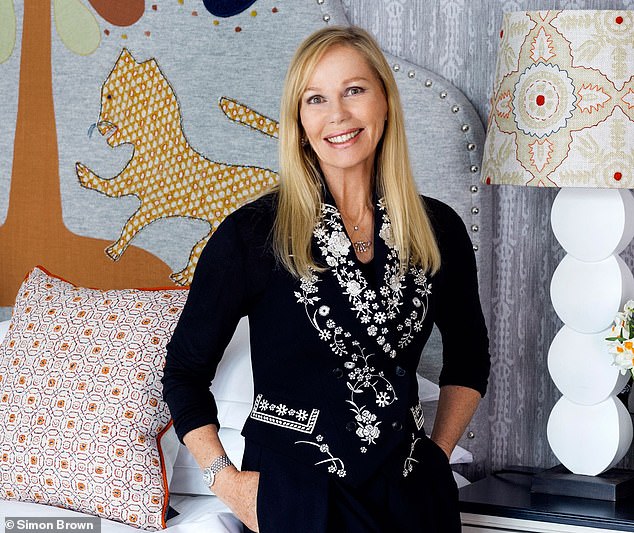 Kit Kemp, MBE, 61, (pictured) co-founded Firmdale Hotels alongside her husband after spotting a gap in the market for boutique hotels in London

At that time, they didn’t really exist in London. Most hotels offered a rather masculine, unfriendly experience. I thought, why have miles of identical furniture when, for not much more, it’s possible to get something far more individual? I wanted to design a hotel with a playful, colourful vibe. We had to approach 14 banks before we got the financing, but we were like Jack Russell terriers — nothing put us off.

We opened the Dorset Square Hotel in Marylebone in 1986 as the first country house hotel in London, and it was a hit.

A year later I had my first daughter, Tiffany. She was born very slightly disabled. So Tim and I had our goalposts redrawn.

We were only ever going to have the best for her. I think it made us much more ambitious than we might have been otherwise. I never wanted to be reliant on anybody except ourselves.

We now have ten townhouse hotels in both London and New York. I don’t think there should be a huge difference between a hotel room and a bedroom at home: both should have a bit of drama, and both need to be comfortable. We have honesty bars where guests can have a drink as if it’s their own drawing room.

Tiff got married this year, which was lovely. My two younger daughters work for Firmdale.

My look is distinctive — some people love it and some people hate it. But that’s good because they have a point of view on it. And I just love it. This is me. 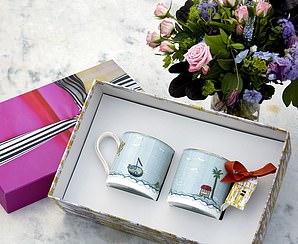