Tennis phenom Naomi Osaka denied legend Serena Williams a place in the Australian Open final with her semi’s victory. Some Serena fans now think she may have played in Melbourne for the last time.

In a rematch of the 2018 U.S. Open women’s singles final, Serena Williams, 39, took on Naomi Osaka, 23, in the semi-finals of the 2021 Australian Open. Four years removed from Serena’s last Grand Slam title – the 2017 Australian Open, which she won while pregnant – the tennis icon was back in the hunt for her record-tying 24th title. Standing in her way was the woman who denied her that history-making accomplishment three years ago, the rising star of the sport, Naomi. She once again stopped Serena’s path to history in a dominant straight set 6-3 6-4 victory.

Serena has some fans worried that this may have been her last trip to Melbourne. After her loss, she took her time to wave goodbye to the wildly supportive fans in the stands at Rod Laver Arena. She took her loss gracefully, hugging Naomi at center court and congratulating the young phenom. Fans hope that this won’t be her final Australian Open, as next year when the event is held, Serena will have turned 40. Even the announcers found Serena’s long wave and walk of the court “unusual” and “poignant.” If this is Serena’s final year on the pro circuit, she still has the French Open, Wimbledon and the U.S. Open to come in 2021.

Naomi has cruised her way to the Semifinals, defeating most of her opponents in two straight sets – save two-time Grand Slam champion Garbine Muguruza, who took the first set in her fourth-round matchup with Osaka. Serena had a similar path to the semi-finals. She struggled to take the first set against Anastasia Potapova in the third round, but ultimately won 7(7)-6(5), 6-2. Serena lost a set to Aryna Sabalenka in the fourth round but rebounded to claim victory. Her battle against Simona Halep in the quarter-finals turned heads with a decisive 6-3, 6-3 victory over 2019 Wimbledon Champion. Having struggled with quickness, Serena had regained her movement and took down the woman ranked No. 2 in the world. “I definitely think this is the best match I’ve played this tournament for sure,” said Serena afterward, per the Australian Open’s website.

“I’ve been watching her and I’m sure she’s been watching me,” Serena said of Osaka. “I feel like this is such a good opportunity for me just to keep doing my best. It’s the first Grand Slam of the year for me. I had an incredibly long, arduous off-season. And so, I’m honestly happy with every win I get.” 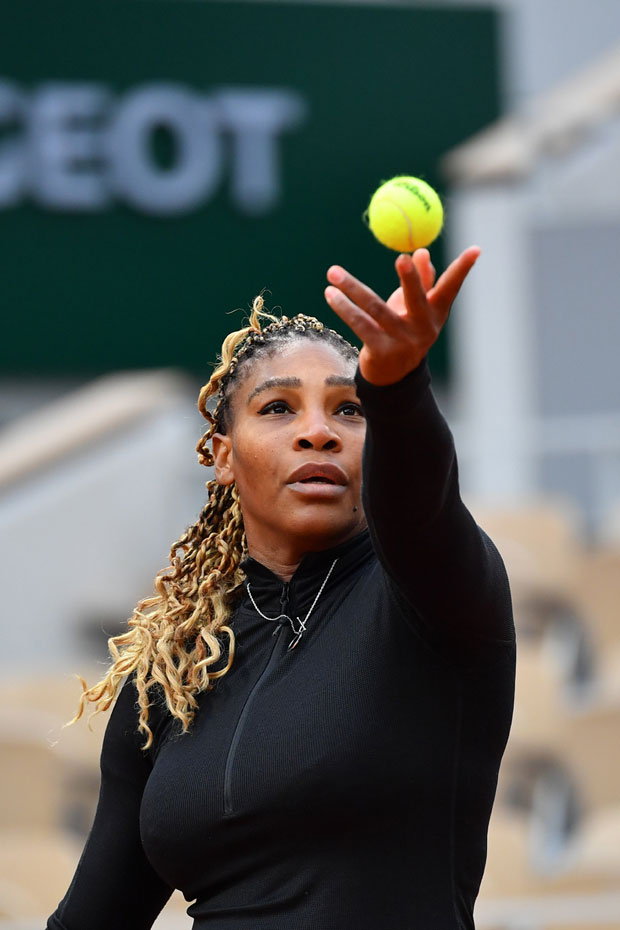 Willing the 2017 Australian Open put Serena at 23 Grand Slam title wins, just one less than Margaret Court, who has held the record since 1973. Serena came close to tying it four times since her 2017 win. After giving birth to her and Alexis Ohanian’s daughter, Alexis Olympia Ohanian Jr., Serena returned to the sport in 2018. Angelique Kerber defeated her in the 2018 Wimbledon final, lost the 2018 U.S. Open to Naomi Osaka, failed to defeat Simona Halep in the 2019 Wimbledon final, and came up short against Bianca Andreescu in the 2019 U.S. Open women’s singles final. Though 2020 saw Serena win her first title since maternity leave – the 2020 ASB Classic in Aukland – she was delimited in the third round of the 2020 Australian Open, lost the semi-finals of the 2020 U.S. Open, and pulled out of the French Open, citing an Achilles injury she sustained during her U.S. Open appearance.

While Serena has been reestablishing herself as the “G.O.A.T.,” Naomi Osaka has secured her spot as the future of tennis. She won the Australian Open in 2019 and the U.S. Open in 2020. During the 2020 U.S. Open, Naomi wore seven different face masks, each one bearing the name of a Black person — Breonna Taylor, Elijah McClain, Ahmaud Arbery, Trayvon Martin, George Floyd, Philando Castile, and Tamir Rice – killed by police as a protest against systemic racism and police brutality. She went on to clench her third Major title at the 2020 U.S. Open, defeating two-time Australian Open champion Victoria Azarenka in three sets.