TOBIAS ELLWOOD: NATO must move troops in now – or face a cold war where Russia and China are potent allies

All dictators need an enemy to distract from domestic woes, to justify their aggression and demonstrate strength. And so, it is with Vladimir Putin. Diplomatic talks with the Kremlin have collapsed. Exceptional Russian firepower now surrounds Ukraine on three sides.

Meanwhile, Putin condemns Nato as the aggressor after refusing an ultimatum that he always knew would be impossible to accept.

For weeks, I have predicted Russia will invade Ukraine. Conflict now seems overwhelmingly likely. The consequences will be serious, of course, from the loss of innocent life, to collapsing world stock markets and rocketing energy costs. The West will look divided and impotent. But the wider significance is more troubling, still.

For Putin has been emboldened not merely by vanity, expediency and overwhelming military strength, but also through the tacit support of his far-Eastern neighbour, China. 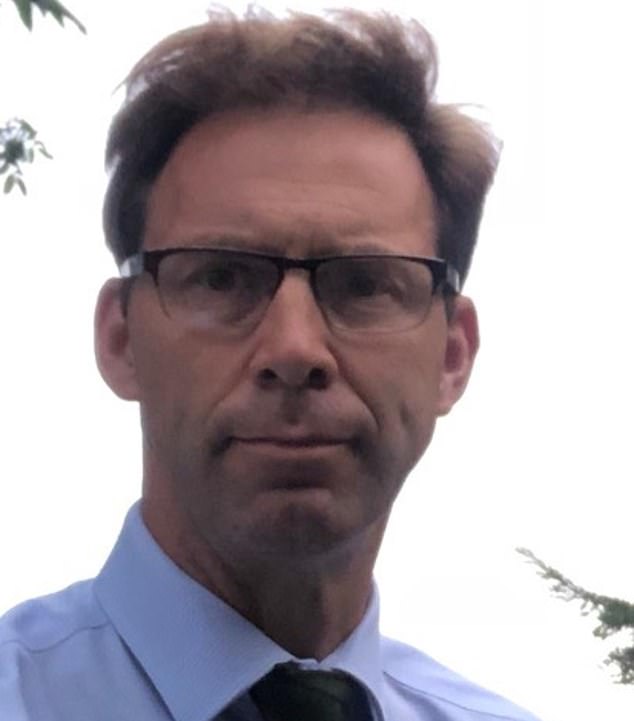 Tobias Ellwood has predicted that Russia will invade Ukraine for weeks

After decades of animosity Russia and China have patched up their differences, keen to exploit their mutual dislike of the West. Economically, technologically and militarily, the two countries are rapidly increasing their co-operation.

Together, following the Iraq War, they created the Shanghai Pact – an eight-member trade alliance covering three-fifths of the Eurasian continent, 40 per cent of the world population and more than 20 per cent of global GDP.

Joint war games now regularly take place. Plans are in place for joint development of helicopters, missile warning systems, satellites and even a joint research station on the moon. Why, then, has Putin so far failed to launch his forces into Ukraine? Although it’s been denied by Chinese state officials, President Xi has quietly instructed Putin to hold fire until the Beijing Winter Olympics are over.

Today, we are seeing the birth of a potent anti-democratic alliance. It is on track to see the world shear into two spheres of competing influence. And we have let it happen.

Distracted by the pandemic, not to mention competing domestic agendas, America and its European allies have lost all focus, all sense of what they hope to achieve. Meanwhile, Putin the dictator sits in the Kremlin like a James Bond villain stroking his cat, enjoying the spectacle of us dancing to his tune.

He can see how timid and disunited the West has become after last summer’s disastrous scuttle from Kabul. He is almost daring us to hit him with sanctions to drive him further into the arms of Beijing.

Let us be frank, our response to Putin’s adventurism has been far from impressive. On learning that 100,000 combat troops were massing on the borders of Ukraine, Nato’s response was simply to say it had no role to play. Ukraine was not an alliance member.

And so, we handed the strategic advantage to our foe. We have ruled out the use of force. We are in a straitjacket of our own making. 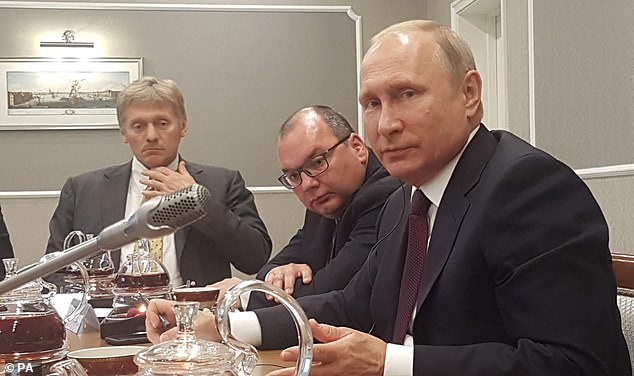 Let us be frank, our response to Putin’s adventurism has been far from impressive

Europeans cannot even agree among themselves. Would the rattling sabre of sanctions dissuade an attack? Not if Germany and some other European partners continue to wring their hands, saying they have too much to lose. There’s no point suspending Russia from the international finance system unless everyone supports the ban. It might seem logical – and lucrative – for Russia to look west.

But Putin, a former KGB spy who blames Europe and America for the demise of Soviet Union, is not the type of leader to do that. He wants to rekindle a form of superpower status for Russia and, at the age 70, is thinking of his legacy. Reviving a Slavic sphere of influence – recreating a Russian Empire, but this time based on ethnic identity not communist ideology – is, for Putin, the only game in town.

We are facing what the distinguished American political scientist Professor Samuel Huntingdon has called the ‘clash of civilisations’. Now that the Cold War is over, the world has reverted to what is – in historical terms – a more normal state of affairs, one characterised by cultural conflict.

Today, non-western civilisations such as Russia and China are starting to shake up the old world order. They have rejected western democracy and are determined to overthrow it. Yet we are neither looking at that bigger picture, nor learning. 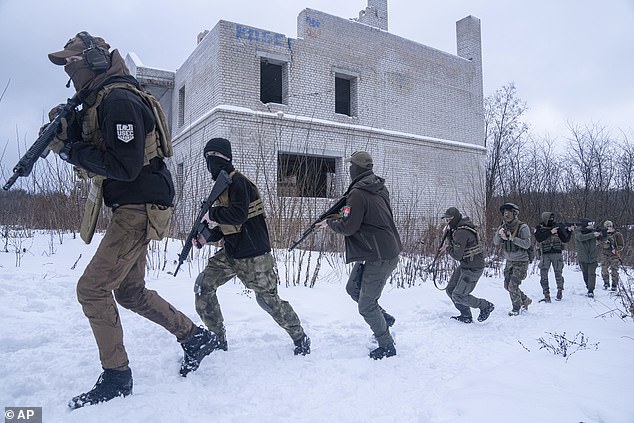 Turning a blind eye to a dictator with a mission is always going to end in disaster. As Chinese strategist Sun Tzu said in The Art of War: ‘If you know neither yourself or your enemy, you will then lose every battle.’

We do not ‘know’ ourselves because we have no clear objective beyond avoiding immediate danger to ourselves. We do not know our enemy because we assume that Putin thinks like us. He does not.

Burying our head in the sand means we pay little attention to Putin’s actions around the globe – the mercenaries stirring up foreign conflict, the cyber-attacks, the money laundering and now the new relationship with China.

The threats facing us are growing in number. The dangers are more complex and dynamic. Yet it seems the West has lost its unifying mission: to retain and strengthen global security and democracy. To lead.

A new Cold War is developing with two irreconcilable antagonists, a democratic West and the forces of dictatorship. The Munich Crisis paved the way to the Second World War. Is Ukraine the canary in the coal mine of our own times?

Thanks to the efforts of Defence Secretary Ben Wallace, the penny is now dropping. The dire economic and security consequences of an invasion will sweep across Europe, including the UK. Oil and gas disruption would affect the international energy supply and prices. 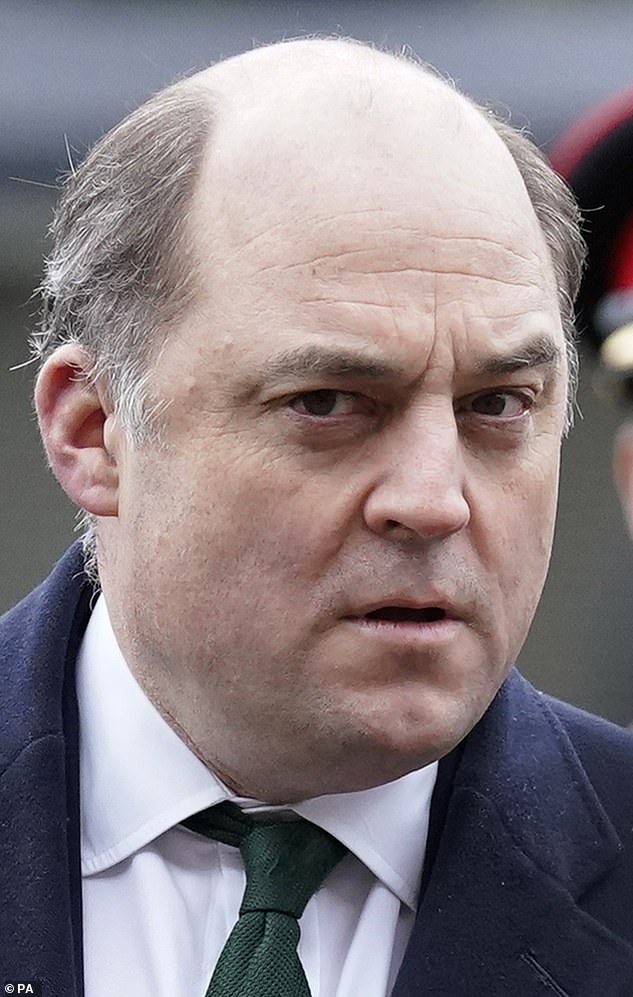 Thanks to the efforts of Defence Secretary Ben Wallace, the penny is now dropping

Ukraine also accounts for about 16 per cent of global grain exports. It is the sixth largest producer of corn, the seventh largest producer of wheat and the world’s largest grower of sunflowers. It is among the top ten producers for sugar beet, barley, soya and rapeseed. Global food security will be threatened. The price of bread and other staple foods might double. Or disappear from our shelves.

We are standing at the precipice of a new era in global uncertainty. If we blink now, the events of 2022 will determine how the next decade plays out. Nato needs a plan for Ukraine and a strategy for Russia.

This is our Cuban missile crisis. It is time to show strength, purpose and resolve. Britain should lead the call to move a Nato division into Ukraine, with enhanced forward presence in neighbouring countries, to make Putin think twice.

And before anybody denounces me as a war-monger, this is the very essence of the deterrence that kept the post-war peace. It made the world safe for democracy.