Forget swapping car keys to spice up a dinner party, the middle classes are resorting to lacing cheese with recreational drugs to make things go with a swing.

The surprising trend is taking off among friends of a certain age who want to recreate the wilder days of their youth.

There’s a cheese and drug of choice too, with powder MDMA being sprinkled into chunks of brie. 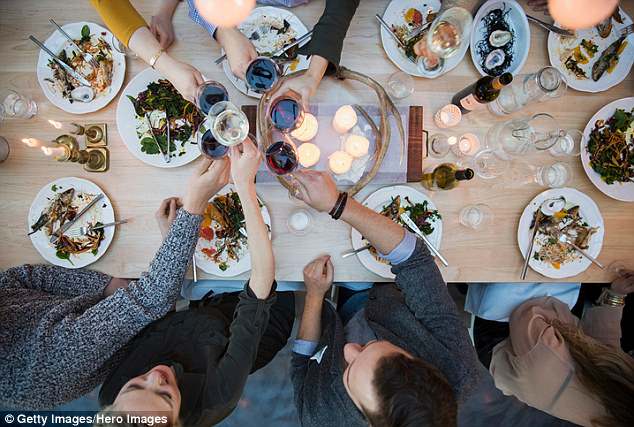 Middle class dinner party hosts in London have revealed there’s a new craze amongst people of a certain age, lacing the French cheese brie with MDMA, a variant of ecstasy 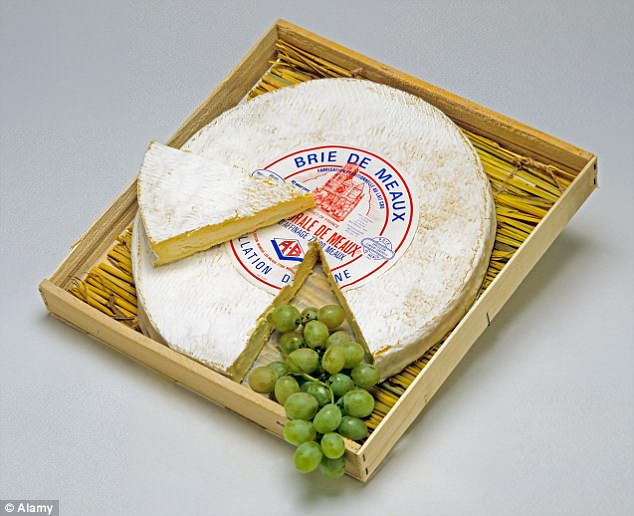 Apparently the soft French cheese is the perfect vehicle for the drug, a variant of ecstasy, because it masks the powder’s texture…and arrives at the end of a meal.

According to Metro, who spoke to a 50-year-old business woman, the fast-growing fad is known as ‘brieing’.

The woman explained: ‘I have a strong circle of female friends and we had tried all the latest fads, food fashions and destination dinner parties but something was missing.

‘We did not seem to have as much of a laugh than as when we were younger, there always seemed to be barriers up between us. ‘ 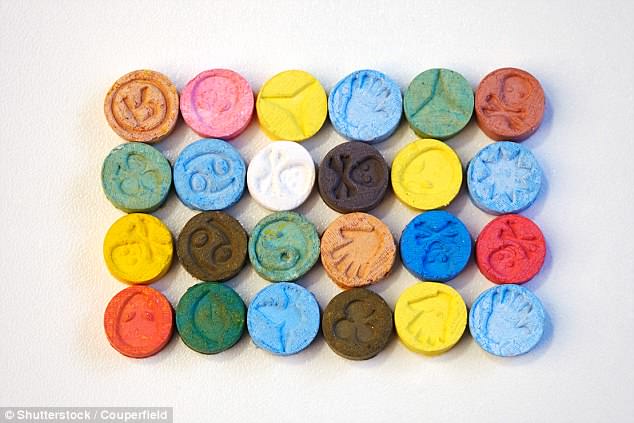 Dangerous game: The Class A drug, also known as molly, has been popular with clubbers for decades but is now also appearing at dinner parties thanks to the emotional highs it can offer

‘So, one of our group suggested we all take MDMA together so we could open up to each other and improve our friendships.’

She described how she had to ask her son the best way to take the drug and that the ensuing experience was ‘intense’, adding: ‘I am sure most of us at that party have done it with other friends so now wrapping MDMA in Brie seems to be a thing now.’

Another keen consumer of the drug said that they had used the pancakes that come with crispy duck in a Chinese take-away.

Ecstasy, known chemically as MDMA or molly, has been used by clubbers for decades due to its effects in helping keep people awake.

It can come in the form of various pills and often takes about 30 minutes for its long-lasting effects to kick in, which can include feelings of love.

In the UK, possession of any form of ecstasy – considered a Class A drug – comes with a potential jail term of up to seven years. In the US, the jail term can be as severe as 40 years in some states.

Drug campaigners warn the biggest of taking MDMA revolves around the fact that many users are unaware of what is in the substance they are taking.

It can include other drugs, such as PMA, which can be fatal in lower doses than MDMA itself.

The Office for National Statistics recorded an eight fold increase in ecstasy deaths last year compared to 5 years ago.

The statistics showed that 63 people died from taking MDMA in 2016 – significantly higher than that of the record low in 2010 of eight deaths.

The media executive said: ‘When we were younger we would sprinkle hash into them. Now it’s MDMA.’

‘Last time all the mums came over a civilised dinner party it ended with one of them wrapped up in the velvet curtains, one hallucinating at the bathroom wall and the others dancing to 90s rave music while playing bongos in the sitting room.

‘It’s all good fun at the time but by Wednesday we wish we’d just watched Netflix and had a nice bottle of wine.’

The Office for National Statistics recorded an eight fold increase in ecstasy deaths last year compared to 5 years ago.

The statistics showed that 63 people died from taking MDMA in 2016 – significantly higher than that of the record low in 2010 of eight deaths.