The horrifying extent of gang violence plaguing London’s streets is laid bare in a shocking documentary.

The return of Channel 5’s Gangland reveals how children are being recruited by rival gangs in the capital, where 250 gangs are known to be active.

In one chilling scene in the show, which airs tonight, a young gang member shows talks about his ‘favourite’ knife before returning it to his mother’s kitchen hours after using it to stab someone, according to The Sun.

The youth, whose identity is kept hidden, tells the cameras: ‘If you ain’t got a weapon, death is just around the corner. I carry a gun wherever I go.’

A total of 25 teenagers died in the UK as a result of gangland activity last year, and a staggering 73,000 Britons under the age of 25 admit to being in a gang. 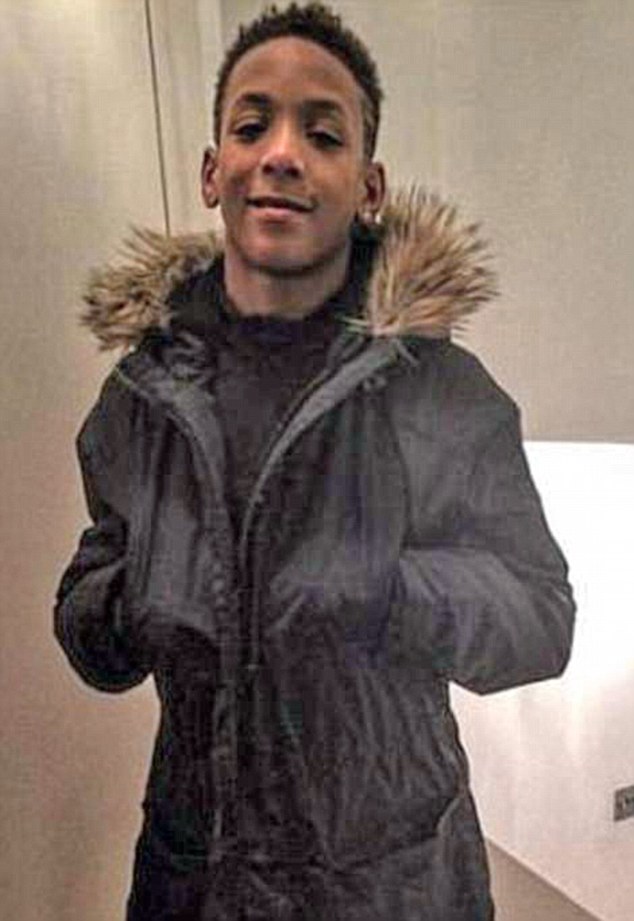 Corey Junior Davis was just 14 years old when he was shot and killed in East London after being recruited by a gang. His mother Keisha McLeod appears in Gangland on Channel 5 tonight 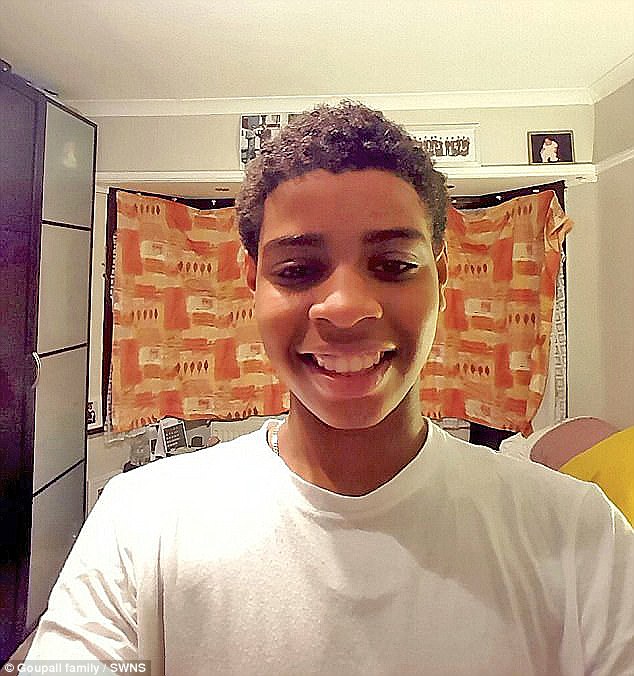 Jermaine Groupall, 15, was stabbed multiple times and died in the street on his way home in Thornton Heath

Other scenes from the show feature gang members showing off their guns and 10-inch knives while talking nonchalantly about killing people.

As he hides a knife in plain sight, one member says: ‘This is my favourite knife as it slices through flesh easily.’

‘I never fear death. I always kill someone,’ another says.

Film-makers discovered how warring gangs are grooming children as young as 12 and 13 to work for them, as their young age means they are less likely to be stopped by police. 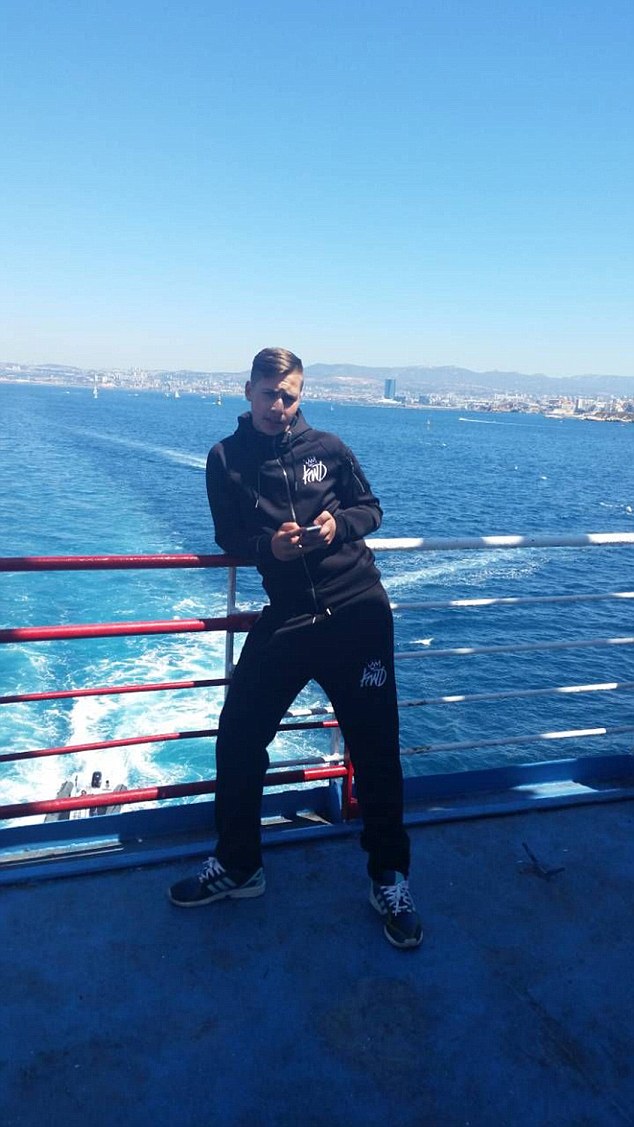 Kacem Mokrane, 18, was stabbed in the stomach and died after turning down the offer to join a local gang

HOW IS LONDON TACKLING ITS KNIFE CRIME PROBLEM?

London Mayor Sadiq Khan launched a major crackdown on the ‘scourge of knife crime’ in the capital last month after three fatal stabbings were reported within hours of each other.

Since the start of the year until June 18, 24 people under the age of 25 have been fatally stabbed in the capital.

Part of the mayor’s new plan involves ‘naming and shaming’ retailers who continue to illegally sell knives to underage customers.

New measures will also see schools given metal detecting ‘knife wands’ and a new community sentence for those convicted of knife possession.

The police and Trading Standards will do more ‘test purchasing’, to check online retailers are also abiding by knife sale rules.

Khan pledged an extra £625,000 to fund knife and gang crime projects in the city after the number of offences in London involving knives rose by 11% in 2016.

Keisha McLeod, 38, whose son Corey Junior Davis was 14 when he was shot and killed in East London after being recruited by a gang, explains on the show how she realised he had been dragged into the criminal world when he got a new mobile phone – which she begged him to hand back.

Corey refused, but came home to his mother terrified when they gave him heroin and crack cocaine to sell.

She tried to move him to South London to get him away from the gang, but he was shot and killed before they could leave – and his killers still haven’t been caught.

Keisha says in the documentary: ‘I’m now a mother, without being a mother and I have to find a new way of living,’ says Keisha.

‘But I won’t be able to rest until I know who did this to CJ.

‘There is such a culture of silence around these gangs because people are afraid to talk and it has to stop. They need to be caught; they need to be put behind bars.’

Violent offences were up 21 per cent last year, with 1.3million recorded – the most since records began 15 years ago.

Since the start of the year, more than 80 murder investigations have been launched in the capital.

Forces in England and Wales logged 5.3million crimes in the year to September 2017, 14 per cent up on the previous 12 months.

Kacem’s grandmother Marlene found him dying in the street with his intestines spilling out of his stomach after he was stabbed. 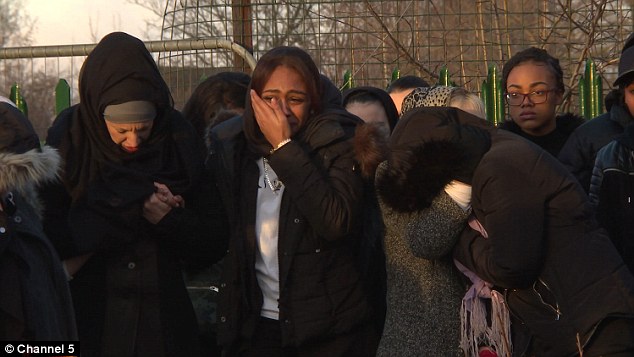 73,000 Brits under the age of 25 across Britain say they are in a gang (pictured: mourners at Kacem’s funeral)

A turf war in E17 has seen the area overrun with gangs, and the teenager was targetted when he refused to get involved.

Marlene said: ”It was planned and premeditated. He didn’t want to be involved and they stabbed him.’

In 2017 Jermaine Groupall, 15, was stabbed multiple times in in while walking to his home in Thornton Heath after a gang mistook him for a rival gang member.

He died in the street, and later three people were given life sentences for stabbing him.

His sister Tinisha, 26, said: ‘That was the worst day of my life. When the doctor says we’ve done everything we could and your brother’s gone. 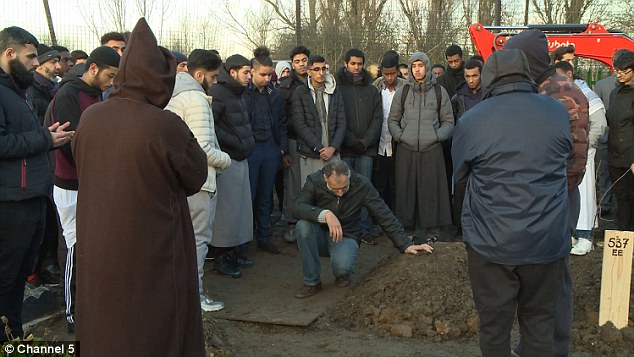 25 teens died as a result of gangland activity last year, with 250 gangs currently active in London alone (pictured: Kacem’s father at his funeral)

‘I switched off to the world, dropped on the floor, crying. Everything just stops and goes black. You’re in a bubble by yourself, all frozen.’

Corey’s mother Keisha believes the only way to tackle gang crime is to give young people something else to focus on.

She said: ‘Children are not meant to be on the streets and there needs to be more after school clubs and youth centres catering for their needs because at the moment there are hardly any.

‘It’s not the children in these areas that are bad. They’re just caught up in a system that has stopped caring about them and this has to change.’