Spoilers ahead. Movies about women finding their voice, breaking free of stereotypes, and feeling empowered are always inspiring. But even better is when a film goes one step further by not only showing women learning a thing or two, but featuring men getting their own much-needed lessons. In the new movie Puzzle, Kelly Macdonald stars as Agnes, a traditional Connecticut housewife who discovers a skill and passion for jigsaw puzzles. This newfound talent ignites a flame in her, and her journey from timid mouse to assertive, outspoken traveler is delightful to watch. But what gives Puzzle (out now) an extra edge is how it explores the gender dynamics of both women and men, because as Agnes makes feminist discoveries for herself, she also inspires the men in her life to reconsider their ingrained toxic masculinity.

As the film opens, Agnes is hosting a birthday party. She clears plates and cleans up after guests while her husband, Louie (David Denman) smokes a stogie outside with his pals. From that situation, you’d think it was Louie’s party she’s so frantically attending to, but once Agnes brings out the cake she made from scratch, and the guests start singing to her, it becomes clear that she’s doing all the work for herself. Her whole life is like that — grocery shopping, laundry, cooking, and family upkeep that falls entirely on her shoulders. But one of Agnes’ birthday gifts is a 1000-piece jigsaw puzzle, which she completes in one afternoon so quickly that she tears it up and starts again. Her new interest burns into a steady passion until she finds herself sneaking into New York City to practice for a puzzle competition alongside her new partner, Robert (Irrfan Khan). 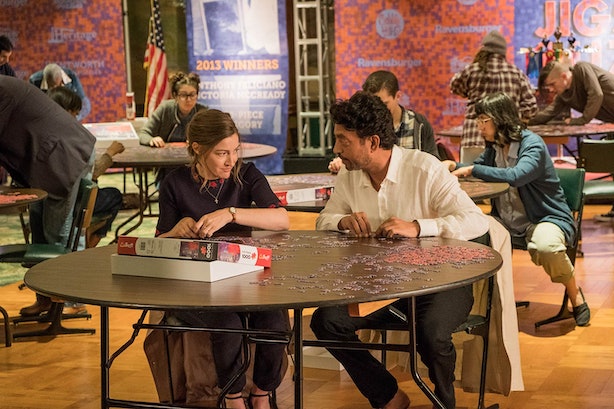 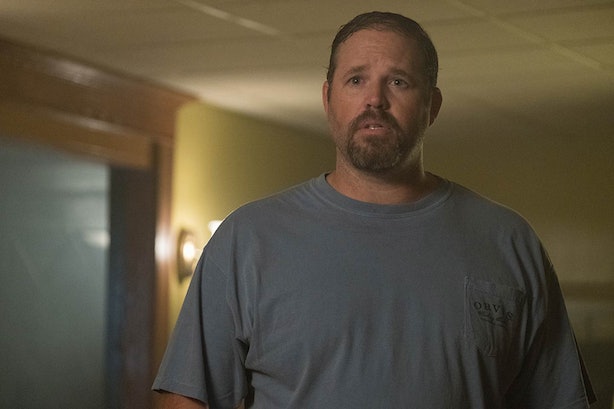