What does YOUR urine say about you? Doctors dub pee samples ‘lie detector tests’ as 19-year-old discovers she’s at risk of liver failure due to her sky-high alcohol intake while obese 40-year-old is tested for diabetes

A 19-year-old who drinks up to seven gins a night and more at the weekend is told she drastically needs to cut her alcohol intake or risk liver failure and immune system damage on a new TV show that analyses the nation’s urine.

Shazney, a digital marketing assistant from Norfolk, was one of thousands of people to have her pee sampled for Channel 5’s The Great British Urine Test, which airs tonight at 10pm.

The show proposes urine to be a vital indicator of health, with Dr Christian Jessen and Dr Amir Khan sampling the nation’s pee to show which cities consume the most drugs and alcohol, as well as testing it for food intake and pollution levels in at risk individuals.

Speaking to the doctors, Shazney – whose urine indicates she drinks seven times the amount of the average boozer – says: ‘I do like to go out for a drink now and again, playing pool in the local pub. My local pub sells gin for £3 a gin. And it gets me very drunk. I often don’t notice until I’m four gins in and too gone.’ 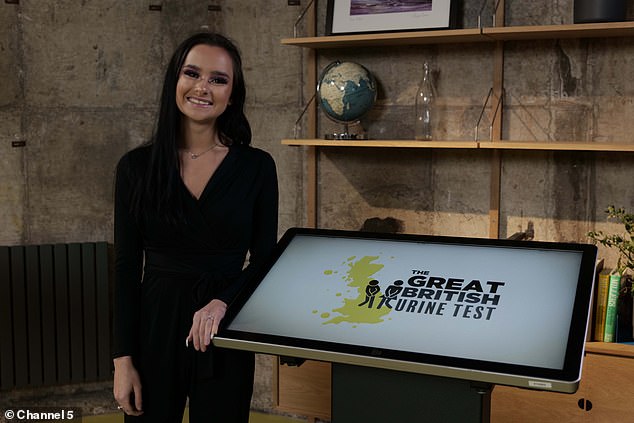 Shazney, 19,  pictured, a digital marketing assistant from Norfolk was one of thousands of people to have her urine sampled for Channel 5’s The Great British Urine Test, which airs tonight at 10pm

Dr Jessen tells her the levels are ‘spectacularly impressively huge and nothing to be proud of’ as he reveals she also eats six times the average number of potatoes due to drunken trips to chip shops.

‘I think it may be taking a toll on my immune system,’ she explains. ‘My work has even pointed out to me that I need to do something about it.’

Dr Jessen explains that lifestyle-related illness such as Type 2 diabetes cost the NHS £11billion a year, meaning the public need to understand what our bodies are saying before serious illnesses develop.

They hope to use urine samples, which they dub ‘lie detector tests’, as a lifestyle indicator to stop life-threatening illnesses.

‘As a GP I see patients all the time who have already developed a serious health condition. We owe it to ourselves to fight that. Our bodies are great at telling us when something is wrong, we all need to make small preventative changes to protect our health. It might just save your life,’ Dr Khan explains.

Shazney is one of dozens on the show who are pulled for specialist consultations with the two GPs after their urine levels indicate an underlying health issue. 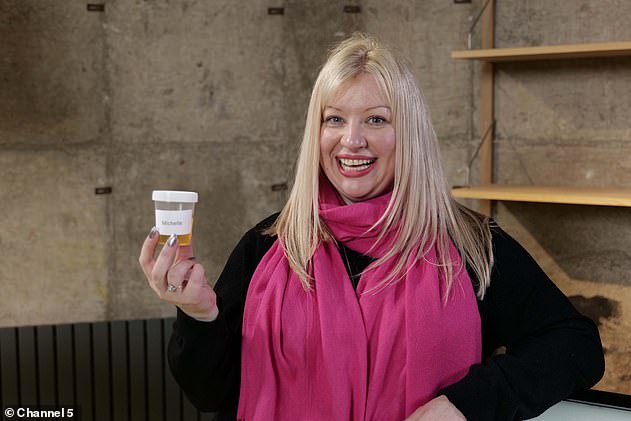 In the show, 40-year-old Michelle, from Fife, is told she’s at risk of malnutrition due to a diet heavy in chocolate and carbohydrates

Another is 40-year-old Michelle, from Fife, who is told she’s at risk of malnutrition due to a diet heavy in chocolate and carbohydrates.

Vegetarian Michelle is shocked that her levels for legumes – a source of protein for many of meat-free diets – is half the level of someone dubbed to be in the low range.

‘I’m surprised, I thought I ate legumes, but clearly I don’t,’ she remarks.

Dr Amir replies: ‘You aren’t eating meat – so you need to get protein from somewhere else.’

Dr Jessen adds that she’s also missing out on zinc and iron as she scores low on soya and leafy greens due to her diet. 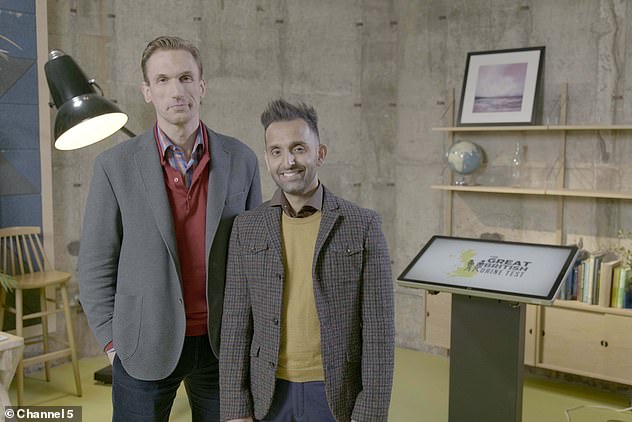 The show proposes urine to be a vital indicator of health with Dr Christian Jessen (left) and Dr Amir Khan (right)  sampling the nation’s pee to show which cities take the most drugs and alcohol, as well as testing for food intake and pollution levels

‘For last 20 years I’ve been saying I must do something with my weight; every day I’m saying, “I’ll do it tomorrow,” well now is tomorrow’ she admits.

‘I’m stunned, I’m massively embarrassed and ashamed. It’s been a hard day, I feel broken, but I’m gonna build myself up to get better.’

The doctors also tell Michelle she has a BMI of 42, meaning in clinical terms she’s morbidly obese, and her diet of carbohydrates leaves her likely to develop diabetes.

After five weeks of cutting back on her alcohol intake, Shazney returns to see the doctors for a second urine sample.

‘I have to be honest, I wasn’t convinced that much of what I said to you had got through,’ Dr Jessen tells her.

But the TV GP ends up eating his words when Shazney scores below average on alcohol intake as well as significantly cutting back on her potato habit – admitting she feels happier now.

Michelle also shows results, losing 1st 8lbs in five weeks thanks to cutting out bread and chocolate completely, and eating lots of fresh vegetables and legumes.

She also discovers she’s not diabetic. Elated, she tells Dr Khan: ‘I feel so happy, I could hug you. I can’t believe it. You’re amazing.’

Elsewhere in the show, Dr Khan tests various ancient and modern remedies and rituals related to urine, including trying it as a mouthwash to tackle plaque build up – as was done in ancient Rome – and dousing himself in it as a mosquito repellent.

Dr Jessen also visits Dr Clare Guest in Milton Keynes who trains dogs to sniff out disease. She explains that her research began when a friend told her about a dog who kept licking her mole, which turned out to be malignant melanoma.

To demonstrate the work done by the dogs, Dr Clare lays out eight urine samples, with one coming from a cancer sufferer.

A very intelligent Labrador is then able to sniff out which one from a sample of eight has prostate cancer molecules in it, leaving Dr Jessen amazed.