Newsnight viewers were up in arms last night after spotting a glaring spelling error during a discussion about the latest Brexit news from Parliament.

Host Emily Maitlis and journalist Nicholas Watt were unpicking the day’s events, which saw Prime Minister Boris Johnson fail to secure a two-thirds majority in the Commons to trigger a pre-Christmas general election.

As Nick outlined the PM’s plans to present another bill to Parliament today, a graphics presentation ran on the screen behind them. 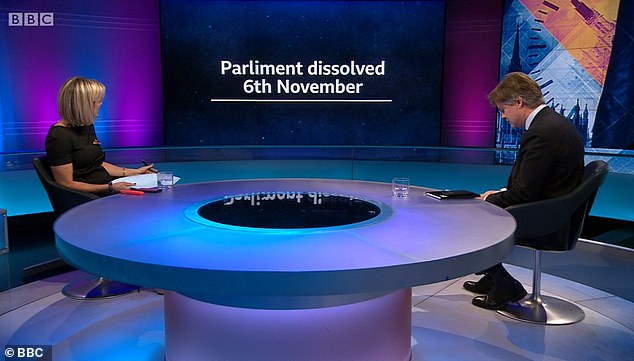 While discussing the possible dissolution of Parliament on November 6, should Mr Johnson get his bill passed today, an unfortunate typo appeared within the presentation.

Neither Emily nor Nick appeared to notice the mistake, despite the presenter staring intently at the screen as her colleague spoke.

Viewers were quick to pick up on the error, which saw the second ‘a’ missed out of Parliament, and took to social media to express their irritation.

Another commented: ‘And they’ve misspelled “Parliament” on Newsnight. Shocking!’ 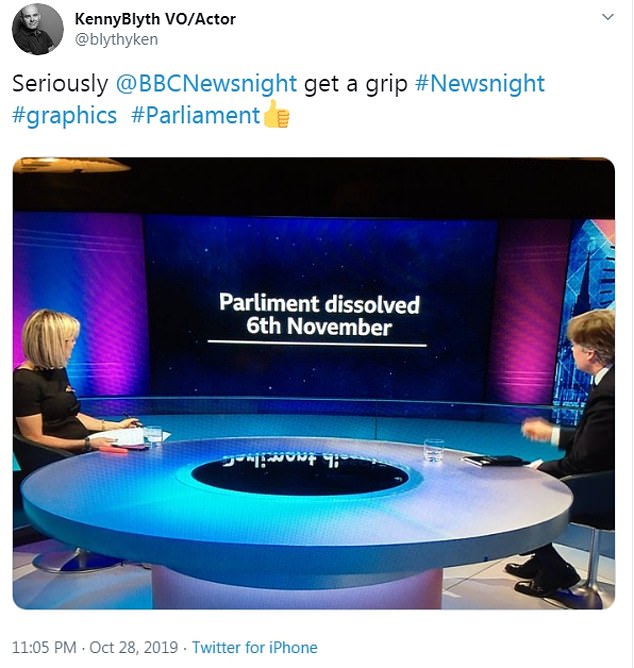 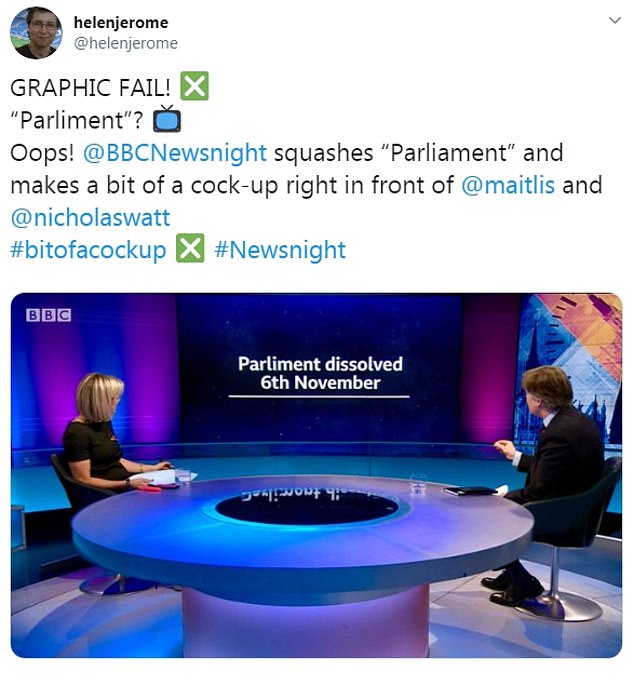 Viewers were quick to pick up on the error, which saw the second ‘a’ missed out of Parliament, and took to social media to express their irritation

And one wrote: ‘GRAPHIC FAIL! Parliment? Oops! @BBCNewsnight squashes “Parliament” and makes a bit of a cock-up right in front of @maitlis and @nicholaswatt,’ while another simply tweeted: ‘Seriously @BBCNewsnight get a grip.’

In the wake of his defeat yesterday, Mr Johnson confirmed that he will push the legislation – which only requires a simple majority to pass – this morning.

He said the Bill would pave the way for an election on December 12, saying it is time to replace the ‘dysfunctional Parliament’ with one that can ‘get Brexit done’. 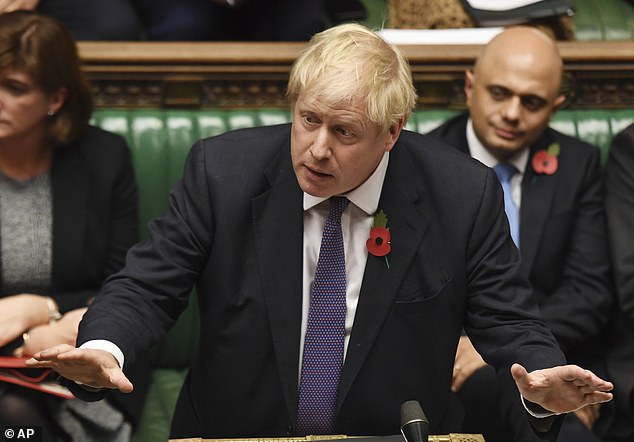 In the wake of his defeat yesterday, Mr Johnson confirmed that he will push the legislation – which only requires a simple majority to pass – this morning

However, it is unclear if the bill will pass because the date could be a major sticking point, as the other parties had been suggesting December 9.

Yesterday we told how Labour MP Peter Kylehit out at the online ‘spelling police’ as he won praise from his colleagues for describing what it is like to live with acute dyslexia.

The MP for Hove shared the insight in a thread on Twitter, which he posted after receiving what he described as ‘sneering and brutal’ comments about his spelling on the social media site.

What happened in Parliament yesterday?

Boris Johnson, the SNP and the Lib Dems have been trying to put together an unlikely alliance to render Jeremy Corbyn powerless.

In the face of a massive backbench revolt, Mr Corbyn blocked the PM’s latest bid to force a snap poll last night.

That motion was brought under the Fixed Term Parliaments Act, meaning two-thirds of the Commons must vote in favour for it to pass.

But the veteran left-winger is at risk of being outflanked after the SNP and Lib Dems broke ranks.

They have offered to back a one-line Bill that would sidestep the FTPA. In return the PM would give up hope of passing the Brexit Bill before an election.

However, the date could be a major sticking point, as Mr Johnson wants December 12 and the other parties are demanding December 9.