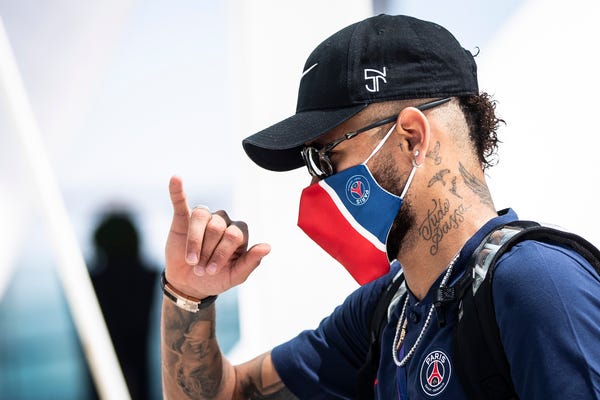 Paris Saint Germain confirmed on Wednesday that three of its players had contracted the virus, but did not name them.

L'Equipe, however, reports that Neymar and his teammates Angel Di Maria and Leandro Paredes are the three infected.

The trio were tested upon their return from Ibiza, where they had been vacationing after the club's 1-0 defeat to Bayern Munich in the Champions League final last month.

Neymar, Di Maria, and Paredes all now face a mandatory one week quarantine, placing them out of action until just a day before PSG plays its first game of the Ligue 1 season against RC Lens on September 10.

It is not known whether the men are displaying symptoms of the virus.