‘Not Delta, Missy, Kylie enough’: Why do we still sideline country music?

As with many an Aussie country musician's exodus to Music City, Sydney singer-songwriter Emma Swift moved to Nashville in 2013 knowing there'd be more opportunity for her alt-country sound outside Australia.

At the time Swift had already released an ARIA-nominated EP, but outside of some critical acclaim it received limited radio play and no commercial support. "It's not like any of the local country labels came a-knockin' and went, 'Oh, we simply must have you,'" Swift says. 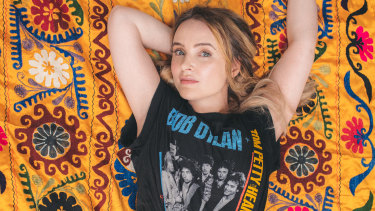 Last week, despite zero airplay on commercial or public radio and no presence on streaming giants Spotify or Apple Music, Swift's new album Blonde on the Tracks, a re-imagining of Bob Dylan songs, landed at #1 on ARIA's country music chart and #9 on the overall albums chart. In a Twitter post after the impressive result, Swift noted a familiar response.

"Despite my ARIA official #1 this week, I can't get Oz music pros to answer my emails. I'm just not Delta/Missy/Kylie enough apparently," Swift wrote.

"It's true, I've had no contacts from anybody in the corporate level of the Australian music industry – I'm talking specifically about labels and artists' managers; I do have a very nice publisher – with an offer to perhaps work together," she says.

"I would say there's a profound lack of interest from the Australian music business in what I do, in spite of the fact I've had a successful charting record. I don't know if that's because they're embarrassed they didn't play a part in it or what, but that's certainly been my experience."

The indifference is bizarre at a time when the oft-maligned country genre is in the midst of a popular boom in Australia.

Look to the top of Australia's pop charts and you'll see an unfamiliar flood, a stream of baseball-capped guitar-slingers in yankee blue-jeans named Luke (Bryan and Combs) and Morgan (Evans and Wallen).

You'll also find Gaslighter, the new album from country veterans The Chicks, while the number one album for the past month has been Folklore, Taylor Swift's Americana pivot, a pop star so past her country-crossover moment that the release isn't even included on ARIA's official country chart.

Streaming services have also seen a surge of local interest in the genre. "There has been a 297 per cent increase of country music consumption on Spotify in Australia over the course of the past two years," a Spotify spokesperson confirmed.

"I've been telling people for probably the last year or two that country music is in a new golden age," says Dan Biddle, chair of the Country Music Association Australia and manager of ARIA-winning country act The McClymonts.

"It's cyclical; these moments have happened before," he says, citing the '90s mega-success of Shania Twain, Faith Hill and Garth Brooks, and the '80s pop-sheen of Dolly Parton, Kenny Rogers and Willie Nelson. "But this is definitely a strong period for country music, internationally but especially in Australia."

He credits the local boom to the "Keith Urban effect" and the way today's streaming generation disregard restrictive genre borders of yore.

"Streaming has helped because it's given people access to artists they'd otherwise never hear played and it's also broken down the stigma of genres," Biddle says. "There was a time when country music was looked down upon, or at least it felt that way from the point of view of the country community." 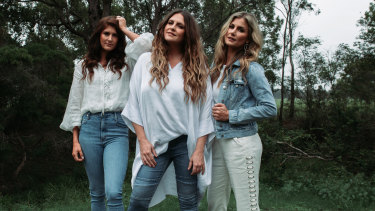 Brooke McClymont of The McClymonts, whose sixth album Mayhem to Madness debuted at #3 on the overall ARIA albums chart in June, says there's a marked difference in attitudes to country music today than when the band formed 14 years ago.

"There was a time where it was almost taboo to say you were country; now it's okay and you won't be instantly judged by the media or audiences."

Before the pandemic interrupted touring, adds McClymont, star-studded festival CMC Rocks – which for the third-consecutive time last year sold-out within 90 minutes and attracted a record 24,000 attendees through its gates – proved the massive demand for country music in Australia.

"I believe we're nearly at breaking point. I think the more of these country music festivals we put on and they sell out in the space of hours, I think we're gonna take over," she says. "I would just love to see pop radio here take on an Australian country artist and be on the forefront of breaking them through, 'cause we just don't see the limelight as much as we deserve. I would love to see that day."

For Swift, whose indie-Americana traverses a country sound a world away from the industry-pop of artists like Morgan Evans – the Day Drunk singer who Biddle says is "Australia's next great country ambassador, following in the footsteps of Keith Urban" – the success of her album shows that even the most non-commercial reaches of the expansive genre can cut through with minimal mainstream support.

"If your fans like what you do, it doesn't really matter that you don't have the support of the music business or that you're not on Sony or Warner or ABC Country or any of those things," she says. "Look, I'm an incredibly candid person and I've probably burned a gazillion bridges doing this interview but also those bridges hadn't done anything for me, so does it matter?"