The boys are back — again! ‘NSync surprised the audience on The Ellen DeGeneres Show after they received a star on the Hollywood Walk of Fame on Monday, April 30. 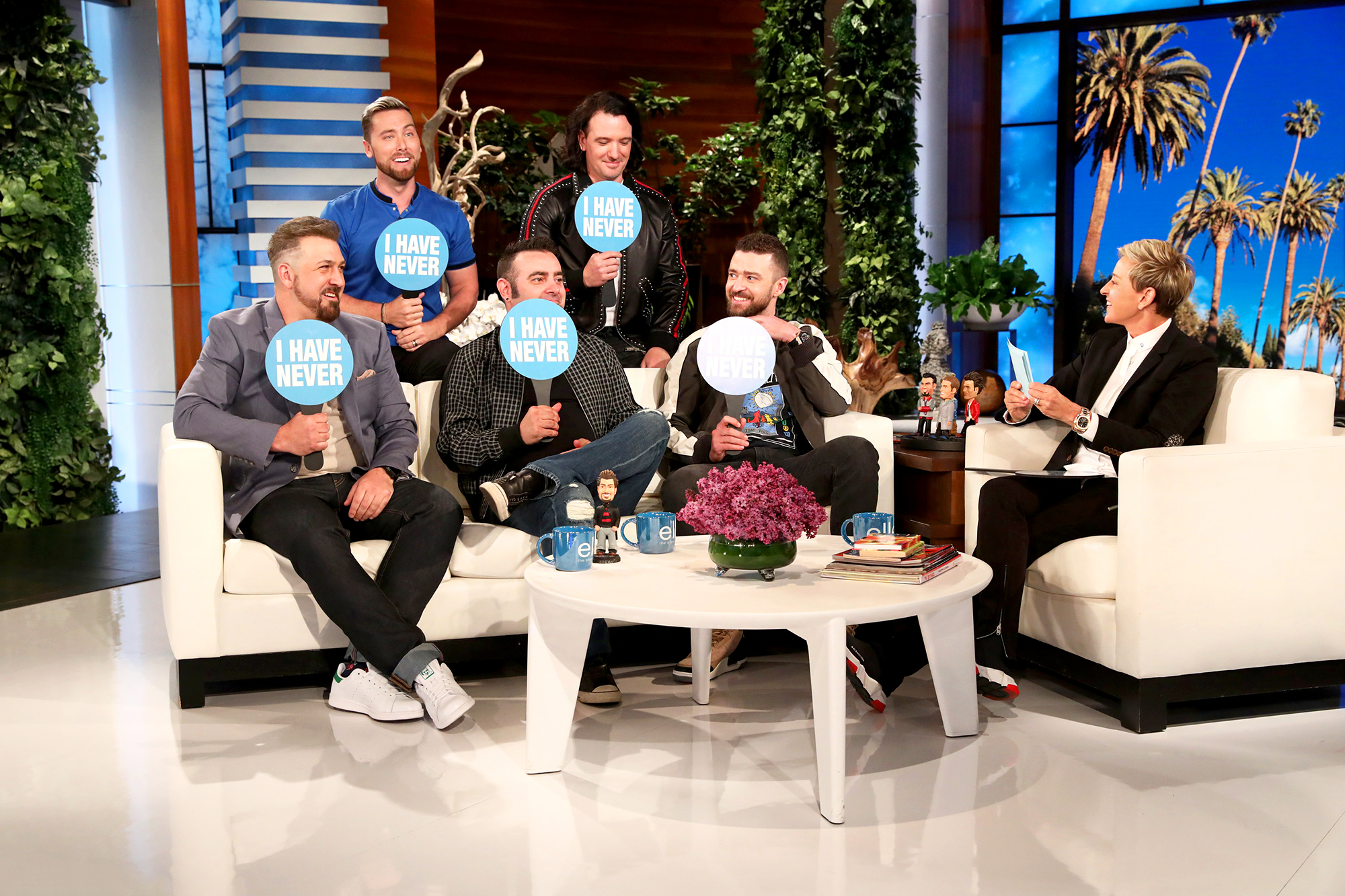 Justin Timberlake, 37, was a guest on the show, but decided to bring out his former bandmates — Lance Bass, JC Chasez, Joey Fatone and Chris Kirkpatrick — for an extra bonus. The stars joked about their past wardrobe (“This makes me highly uncomfortable,” quipped JT) and how they have a “ridiculous” group text chat. 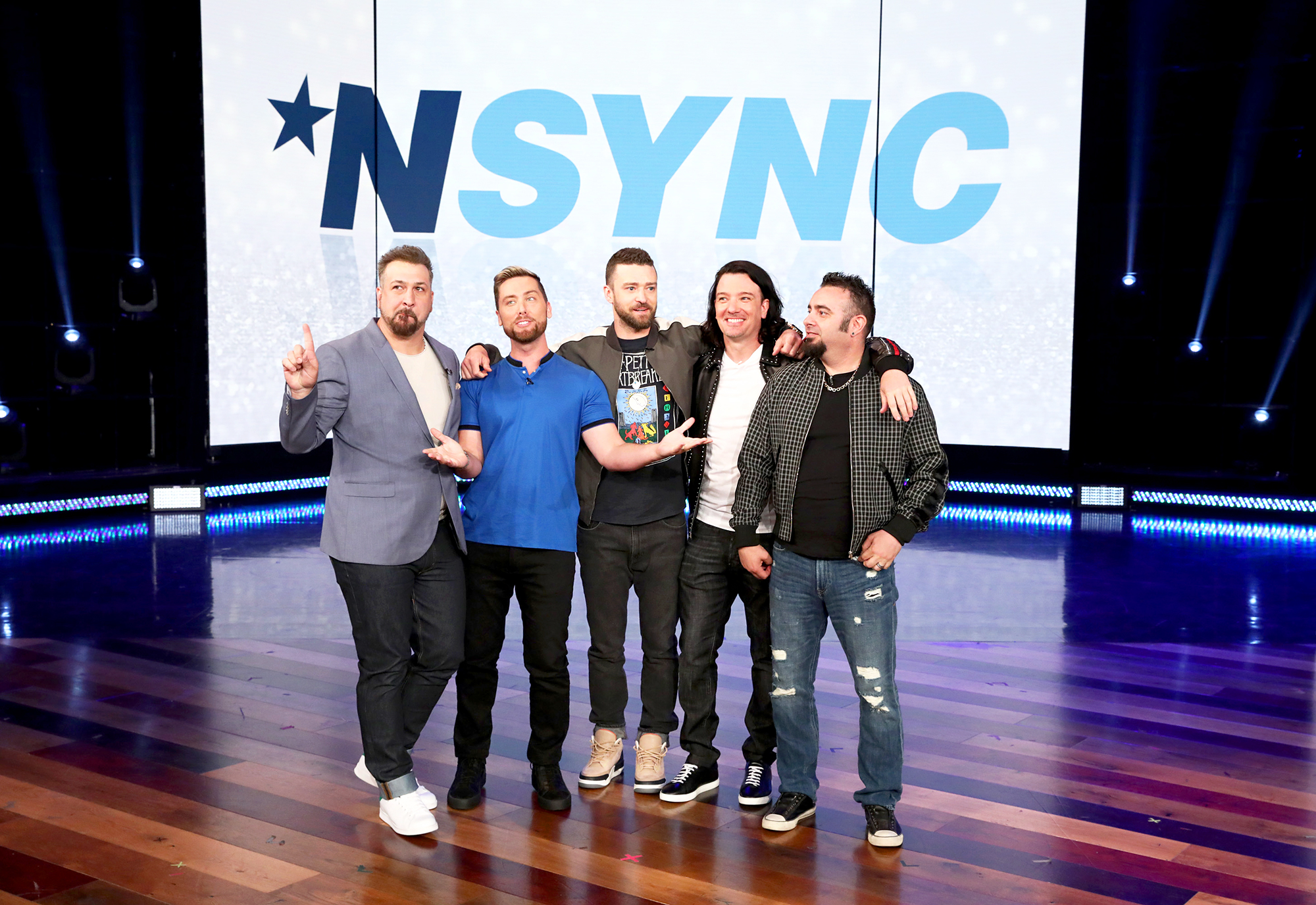 “I was scared sh-tless,” Fatone, 41, recalled on Monday. He and Kirkpatrick, for their part, thought that they would just be singing with no choreography at the time. They were sadly mistaken once they got to rehearsals.

The guys then played a round of “Never Have I Ever” — which made them squirm in their seats. They all revealed that they’ve hooked up with someone on a tour bus, forgotten to lyrics of their songs during a concert, and never hooked up with someone while an ‘NSync song played in the background. Most have joined the mile high club though, and (the biggest reveal overall!?) Timberlake may have kissed a Spice Girl.

Watch the videos above!